Four Indigenous community radio stations in Guatemala, which were the target of police investigations and had their equipment confiscated between 2006 and 2009, now hope the State of Guatemala will make a declaration after the ruling of the Inter-American Court of Human Rights (IHR Court). The Court demands that the Guatemalan government offer reparations to the radios and that they legally recognize them.

In the ruling, tthe Court declared the State of Guatemala internationally responsible for violating the rights to freedom of expression, equality and participation in the cultural life of these four Guatemalan Indigenous peoples: Maya Kaqchikel from Sumpango, Achí from San Miguel Chicaj, Mam from Cajolá and Mam from Todos Santos Cuchumatán. 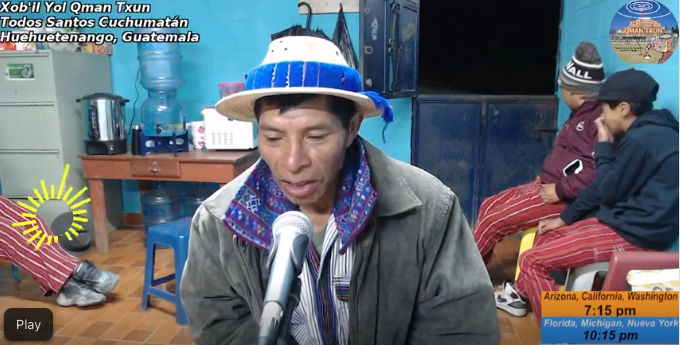 The four Mayan radio stations in the case on which the Court ruled and which suffered raids and the temporary or permanent interruption of their transmission are Radio Ixchel from Sumpango, Uqul Tinamit “La Voz del Pueblo” from San Miguel Chicaj, Radio Xob'il Yol Qman Txun from Todos Santos Cuchumatán, and Radio La X Musical from Cajolá.

In Guatemala, Indigenous community radio does not usually have a license, since the General Telecommunications Law assigns broadcasting frequencies to the highest bidder, through public contest or auction.

“So, it’s the only mechanism to be able to be granted a license. It’s something that’s impossible [to obtain] for Indigenous peoples and for community radio, which provide a service to the community,” Anselmo Xunic, volunteer coordinator for Radio Ixchel and the Sobrevivencia Cultural organization, told LatAm Journalism Review (LJR).

Although there was word of the ruling by the Inter-American Court on Oct. 6, 2021, it was not officially published until Dec. 17 of that year. From the official publication of the ruling, the State of Guatemala has up to six months to publish the full text of the ruling in its official newspaper and on its website, mentioning all those affected, and a period of up to one year to post the steps it will take for reparations.

Regarding this case, the Inter-American Commission on Human Rights (IACHR) pointed out that in Guatemala there is a structural social exclusion of Indigenous peoples, who live in poverty and are discriminated against in their participation and representation in the media.

According to the Court, Indigenous communities hold collective rights protected by the American Convention on Human Rights.

In the Peace Agreements signed by the Guatemalan government with internal guerrillas at the end of 1996, the State agreed to make the necessary reforms to the Radiocommunications Law, to make available radioelectric frequencies for Indigenous projects, respecting the principle of non-discrimination in the use of the media. In addition, the State pledged to repeal any provision that goes against the rights of Indigenous peoples to have the means for the development of their identity.

"But that didn't happen," Xunic said. "So, what community radio stations are doing is grabbing a frequency without authorization, because there is no way to obatin a license." 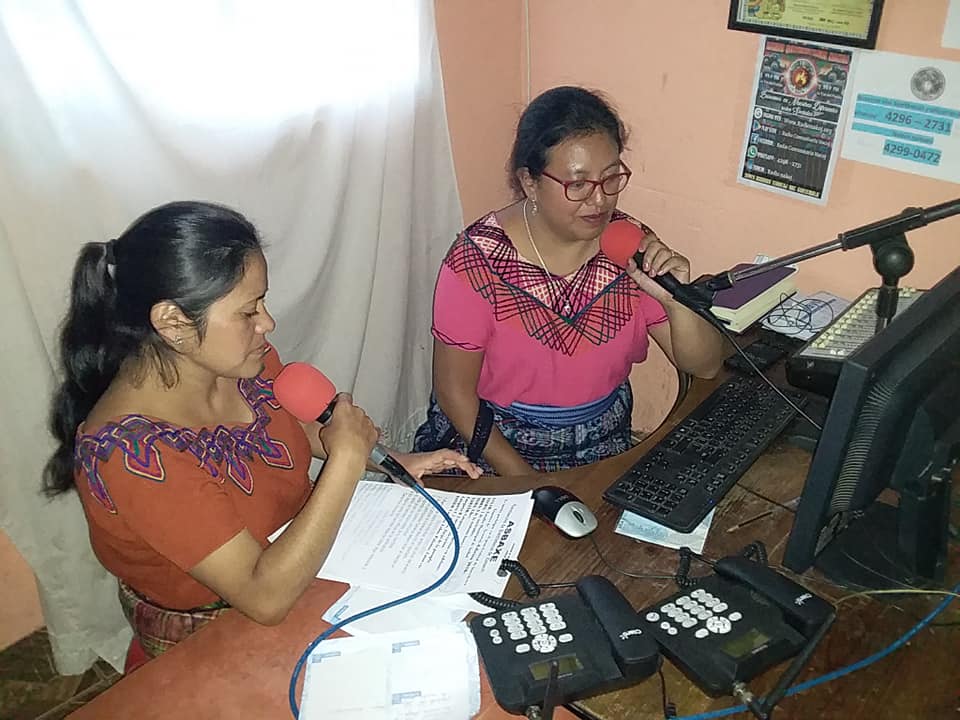 According to Xunic, in 2002 frequencies were auctioned for millions of quetzales, and the last licensing auction, he added, took place in 2013.

A 2009 study found that almost 40% of Guatemala's Frequency Modulation (FM) spectrum is in the hands of five large media groups, according to the Guatemalan site Plaza Pública.

When Radio Ixchel suffered a police raid in 2006, the transmitter was confiscated and Xunic was prosecuted for theft, for operating a radio without a license. The charges against Xunic were dismissed by a judge.

The Uqul Tinamit “La Voz del Pueblo” radio station suffered two raids, one in 2009 and the other one in 2010. The last time, all its equipment, the recording console, the computer, the transmitter were confiscated, and the premises where the radio operated in the Municipality were taken from them, according to what Noel Ismalej, then an announcer and volunteer collaborator of the radio, told LJR.

“After the raid, we no longer went on the air. [The radio station] was basically shut down,” Ismalej said. “Our colleagues were scared by what happened. In fact, some are experiencing remaining psychological problems because of what happened."

Unlike Radio Ixchel, which seven months after the raid and with the support of the Mayan Kaqchikel community managed to get back on the air and continue operating, the Uqul Tinamit radio station "La Voz del Pueblo" became instead a Facebook page, updated by Ismalej and some volunteers.

"But back then [in 2010], it wasn't very popular, because not everyone -- and in fact right now -- has access to the internet and social media," Ismalej said. However, and despite poor internet connectivity for people in the country, in recent years they have seen a greater acceptance of their Facebook page by the community.

A study carried out in 2019 by the National Statistics Institute of Guatemala, with the support of the United Nations Population Fund and the Latin American and Caribbean Demographic Center, concluded that only 29.3% of Guatemalans had internet access.

Almost half of Guatemala's population, about 43.6%, is Indigenous, according to a statement from the Inter-American Court. And close to 80% of the Indigenous population is poor.

Based on the ruling, the Guatemalan Congress presented the Regulatory Law of Community Radios No. 5965, on Jan. 25, 2022.

However, the Movement of Community Radio Stations of Guatemala – made up of members from almost 60 community radios from all over the country and legally represented by the Cultural Survival association that Xunic founded – opposed Bill 5965 because it does not comply with what was ordered by the Inter-American Court.

The government needs to go back to holding conversations with Indigenous communities and their community radio stations, the movement demanded, to create a bill that has the support of the communities, so they can access and use the radio frequencies in the terms established by the Inter-American Court in its sentence.

In addition to publishing the ruling in the official gazette, regularizing the indigenous community radio stations operating as non-commercial radio stations free of charge, and restoring the signals used by the affected radio stations, the Court's ruling also requires the Guatemalan State to respect the right of indigenous peoples to consultation regarding any “issues, policies and laws that affect them.”

Likewise, the ruling requires the Guatemalan government to refrain from carrying out raids and seizures in the radio stations of Indigenous communities and from criminally prosecuting the people who operate them for the crime of theft. In addition, it urges the government to annul any sentence passed against any member of an Indigenous community, regarding the use of the radio spectrum.

The two radio stations that suffered raids and the confiscation of their equipment, and their members, must also receive compensatory economic reparations for the material damages suffered, according to the ruling.

The mission of radio "is to inform the local population about different political, social, cultural aspects of their community and the country, in addition to promoting debate about the needs of the community and the participation of its members in their native language," Xunic said.