It was Spotlight, the Oscar-winning film based on the story of the Boston Globe journalists who exposed cases of pederasty in the Catholic Church in that city, that inspired Colombian journalist Juan Pablo Barrientos to begin investigating such cases in Medellín, capital of the department of Antioquia.

Medellín was the only city in Colombia that appeared in the list at the end of this film, which pointed out other cases of pederasty in the world. Barrientos was shocked by the figures in the film that showed that between 7 and 10 percent of the priests in the Archdiocese of Boston were accused of pederasty. He wanted to know if the same thing was happening in his hometown.

Thus began in 2018 a journey full of judicial battles in which even today, and after two decisions of the Constitutional Court of Colombia that support its claim for information, does not seem to come to an end. 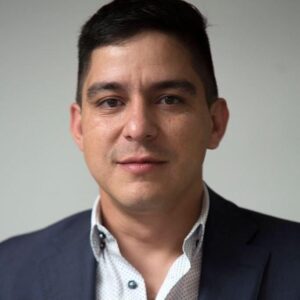 Last Aug. 18, for example, one day before the deadline given by the Court for the Archdiocese to deliver the data of 915 of its priests, the Archbishop of Medellín, Ricardo Tobon Restrepo, published a video in which he assured that he would deliver the information once the Court clarifies some points of its decision.

"This is a strategy and a delaying measure used by the Archbishop to not respond, to continue delaying [...] to not deliver the information," Barrientos told LatAm Journalism Review (LJR).

Barrientos filed a contempt of court action against the Archbishop before a Medellín court, which gave the prelate 48 hours to send the requested documents. On Aug. 25, the Archdiocese responded partially to the request for information by providing data on 36 of the 915 priests.

Faced with this response, the journalist again filed a contempt of court, but this time the judge told him that he had to wait for the Constitutional Court to clarify the questions to the Archbishop.

"Those unclear points are basically to continue delaying, to not deliver information because everything is absolutely clear to him," Barrientos told LJR. "Once the Constitutional Court clarifies these points to the Archbishop, I will immediately ask the judge to please arrest the Archbishop of Medellín until he delivers the requested information, which is the information about the 915 priests."

The information requested by the journalist is basic: the priests’ track record and whether these priests had been denounced for sexually abusing minors.

Barrientos points out that he has no problem against Catholicism as a religion, much less against people who follow it. But he does stress that he wants to find the truth and especially to show "that no one is above the law."

In the most recent response given by the Archbishop and made public, it came to light that 25 priests — out of the 36 he provided information on — had been denounced for sexual abuse between 1995 and 2018. According to the Archdiocese, of these 25, eight were suspended, two are under investigation, two are engaged in "limited ministry," six were defrocked after having been found guilty and six are still active. It also mentions 11 priests whose complaints were "dismissed."

"No. It’s not up to you to dismiss those cases. It’s up to a prosecutor and a judge of the republic [of Colombia]," Barrientos said. "I believe it’s extremely serious that there be priests who have raped children, to have them suspended for a while and then back to being priests. And this was shown in the response because it says that 'he has already served his canonical sentence.' Since when can a pedophile be relieved — so to speak. Someone who rapes children should not be around children again and these people endanger more children. It's a disgrace!"

Barrientos also points out that most of these cases were reported to the Prosecutor's Office on Aug. 25, the same day the right of petition was answered. "This is called obstruction of justice because he should immediately inform civil authorities because these are cases of sexual violence against children and adolescents."

LJR requested an interview with the Archdiocese of Medellín, but did not receive a response by the time this article was posted.

A milestone for the right of access to information

In addition to judicial decisions in cases of rape of underage girls and boys that Barrientos' journalistic investigations may lead to, his legal battles have also marked a milestone for freedom of expression and access to information. In two separate rulings, the Constitutional Court has ruled in favor of the right to access such information.

He had his first legal victory in 2020 through a writ for protection of constitutional rights (a tutela, in Colombian law). Barrientos, who is co-founder of the digital native news outlet Vorágine, was working in 2018 with the radio station W Radio where he published an investigation into the alleged cover-up by the Archdiocese of Medellín of 17 priests denounced for pederasty. This was followed by a second investigation, "Let the children come to me" in which Barrientos exposed 45 cases not only in Medellín but in the country.

With sentence in hand, Barrientos requested the data of different priests until he received the data of 105 priests. Of these, he explained, 30 had been denounced for sexual abuse. "I said, 'this is huge.' Almost 30 percent are involved in this," Barrientos said. Faced with the data, he decided to request information on all the priests who are part of the Archdiocese of Medellín on Feb. 19, 2021, that is, 915 priests.

In what is an exceptional case, Barrientos' writ of protection was once again chosen by the Constitutional Court for review (the Court receives more than 600 thousand writs of protection a year and it only chooses a few of them. In a June 2, 2022 ruling it reaffirmed the duty to deliver semi-private information considered to be of public interest.

"Now there is a Constitutional precedent by the Court that not only applies to the Catholic Church, but any public or private institution that has children and adolescents under its care. I think this is wonderful. Now any citizen, any journalist, can send a right of petition to any institution, whether it’s Catholic Church or not," Barrientos said. "This is very valuable in understanding something very sad in Colombia — that we do not take care of children."

For Barrientos, the important thing about the ruling is that although it relates to the Catholic Church, information of this type can be requested from schools or other institutions — such as Boy Scouts — that have underage children and teens under their care. This is not a minor issue, especially if we take into account the figures of sexual abuse of minors in Colombia. According to the Ombudsman's Office, in the first quarter of 2022, complaints for this crime increased by 9.5% compared to the same period the previous year.

Investigating the Catholic Church — in a country where the most recent survey indicates that more than 57% of the population identifies as Catholic — is not easy.

In a video and in the framework of the response given on Aug. 25, Archbishop Tobon accused Barrientos of promoting "an aggressive smear campaign against the Church in Colombia." The journalist, whose data were included in that response, received a large number of threats and insults.

But it is not the first time. After his first investigation, the Caracol network (to which W Radio belongs) received a letter with 46,000 signatures requesting the retraction of Barrientos and his dismissal. In Medellín, people came out to protest, but not against the crimes, but rather in support of one of the city's priests who has thousands of followers in social media. Subsequently, the Vatican suspended this priest.

Barrientos closed his social media accounts years ago and takes many precautionary measures. "It worries me, I don't pay [much attention], but I really take care of myself. I am from Medellín and I almost don’t go back there to visit because the mood is intense," the journalist said.

He has also been a victim of judicial harassment and censorship attempts. His investigations, for example, have led him to write two books "Dejad que los niños vengan a mí" [Let the children come to me] and "Este es el cordero de Dios," [This is the Lamb of God] and before the publication of the second one, the journalist received in one month more than seven writs of protections "that sought to violate the confidentiality of his source and censor the publication of his book," FLIP denounced at the time.

Although Barrientos points out that judicial harassment can affect his work, he also understands the right of any person to use legal remedies. He adds that he is taking this opportunity to learn about judicial matters.

"People think this is an attack against the church. No! If you see my publications, I never mess with people's religiosity or dogmas [...] I am very respectful of that, people believe what they want to believe and I respect that," Barrientos said. "I’m talking about denouncing some very serious crimes, which are moreover the most serious ones, according to the Colombian Constitution: the rights of children are above the rights of any person."

"LJR spoke twice with Barrientos after the Archdiocese’s responses."