This is the first story in a series on protection mechanisms for journalists in Latin America.* 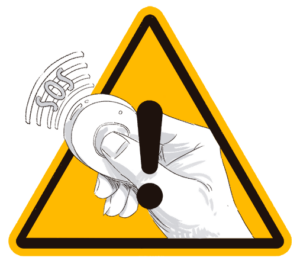 As violence against journalists has increased in Latin America, several countries have created protection mechanisms designed to implement safety measures for journalists reporting attacks or threats against them. This trend intensified after 2012, when the United Nations launched its Plan of Action for the Safety of Journalists based on the “three Ps”: prevention, protection, and prosecution.

After discussing prevention aspects in the first part of this series, we now turn to experiences implementing protection mechanisms in several countries. (While these mechanisms usually apply to journalists and human rights defenders, the measures are the same regardless of the person being targeted).

More than prevention (where measures rely mostly on journalists) or prosecution (that depends on governmental action), protection mechanisms are tools that require close collaboration between journalists, news organizations and authorities. As such, there is great potential for failure if there is not an adequate partnership between the stakeholders.

We will focus on three countries where efforts are underway to establish their own mechanisms, rather than evaluating how existing programs function in countries that adopted them years ago. This allows a look at the obstacles standing in the way of forming an effective mechanism that will safeguard a journalist at risk and will investigate threats or attacks with the aim of preventing future harm.

Guatemala, Bolivia, and El Salvador are the three countries we will examine, looking at how the initiatives to launch protection mechanisms started, how they progressed and where they are now. The genesis of the initiatives is diverse in each case: in Guatemala it was proposed by an international commission; in Bolivia, journalists mobilized to demand a mechanism be established after a particular incident of violence; and in El Salvador, the demand grew as attacks against journalists mounted over time.

Colombia was a pioneer in establishing a protection mechanism, back in the year 2000, with a significant reform in 2011 that created a National Protection Unit, tasked with coordinating the government’s response to safeguard a person at risk. In 2012, México created its mechanism, designed as a rapid response tool to immediately apply cautionary measures for a journalist under threat or attack. In subsequent years, Honduras, Paraguay, Ecuador, and Brazil followed with similar programs.

As the first mechanisms designed specifically to protect journalists, the Colombian and Mexican programs have been the model for other countries. They are reactive rather than preventive and rely on a swift coordination among government agencies (police, investigators, and prosecutors) for a successful outcome in each case coming before them. However, they are also dependent on government budgets that, in the case of Mexico, have been cut back.

The organization Reporters Without Borders has just concluded a review of the protection mechanisms in Brazil, Mexico, Colombia and Honduras, and while it acknowledges the benefits they have brought by pointing the attention of authorities towards the problem of violences against journalists, it also reveals important failures.

“Although they enjoy an appropriate legislative framework (except in Brazil), the protection mechanisms suffer from major structural flaws preventing their proper application. These flaws include the fact that they depend on ineffective institutions (police, armed forces and federal justice systems), that the risk analysis methods still take no account of journalism’s specificities, that the protective measures are inappropriate and implemented too late, and that the human and financial resources available to the mechanisms are insufficient,” the report states.

In Guatemala, a protection mechanism was first proposed by the International Commission Against Impunity (CICIG, for its acronym in Spanish) formed by the United Nations in 2006 to investigate and prosecute serious crimes by authorities. While the CICIG’s mandate was broad, it did take up some cases of attacks against journalists. The call for creating a protection mechanism grew after the murder of two journalists in the city of Mazatenango in 2015. A special prosecutor for crimes against the press was created in 2019, but the tools for protective measures are still pending.

In El Salvador, growing violence against journalists has galvanized a movement to demand government action to prevent more attacks. A law was proposed in 2017, but approval is distant.

Bolivia is the most recent case. The clamor for a protection mechanism began in late 2021 when seven journalists covering a land conflict in Santa Cruz were abducted and tortured. Even as tension had been simmering since at least 2019 when protests forced out President Evo Morales, the abduction was the most extreme case of violence experienced by Bolivian journalists in recent history. Extreme enough to form a movement to demand government action.

In these three cases, the initiatives to build the protection programs or mechanisms required talks between journalists and government officials. But, partnership requires trust and lack of trust has been the main obstacle, as we will see in the series discussing the three national experiences.

A 2019 report on different experiences with national programs for the protection of journalists by International Media Support (IMS) warns that “while a coalition can be a good instrument to implement a national Plan of Action, there are significant challenges involved in both building and sustaining them, as well as making them impactful.”

The topics for discussion are broad and complex. They need to consider factors such as the speed of a response for protective measures, the methodology for risk assessment, the coordination with law enforcement and investigative agencies to go after the aggressor, the need to incorporate a gender perspective, and much more.

The RSF report cited earlier, for instance, finds that all of the protection mechanisms it reviewed showed a lack of coordination among different government agencies and that none of them takes into account the particularities of women journalists.

Adding to this, according to research done by IMS, “engagement by the media sector in safety of journalists advocacy, implementation of better safety practices and improvement of working conditions are essential components to developing a national approach to safety.” This means institutional measures enacted by law to create government agencies tasked with protecting the press must be coupled with initiatives by journalists and news organizations to implement better practices for their security.

Outside Latin America, several initiatives have delivered good lessons on how to build a coalition of government institutions, news organizations and journalist groups. One of the most recent is the Philippine Plan of Action on the Safety of Journalists launched in 2019. It brings together not just journalists and government agencies, but also human rights organizations and academia. And the government institutions included are not limited to law enforcement, but include the departments of Education and Labor as well as agencies dealing with women issues. The focus goes beyond physical or digital safety, to gender issues and impunity, as well as promoting media literacy and good practices.

This is a focus that does not exist in the Latin American pioneering mechanisms of Colombia and México, but can be helpful in designing future national programs for the safety of journalists or break the logjam in those that, as we will see, are already on the table.

*This is the seventh report in a project on journalist safety in Latin America and the Caribbean. This LatAm Journalism Review project is funded by UNESCO's Global Media Defense Fund.