Open call for proposals to strengthen investigative journalism in Latin America, amid challenges

Investigative journalism requires time, independence and money. Sometimes, journalists manage to make room in their schedule to investigate topics of interest, but getting funding can become an odyssey. That is why the Consortium to Support Independent Journalism in the Region (CAPIR, by its Spanish acronym) has opened a call for proposals to fund national and cross-border investigative journalism in several Latin American countries.

The deadline is Oct. 9. Among the requirements are that they must belong to news outlets or be independent journalists. Also, that the stories must relate to the following countries: Mexico, El Salvador, Guatemala, Honduras, Bolivia, Peru, or Venezuela.

Those selected receive six months of training and mentoring from journalists with extensive experience and renown in investigative journalism in the region, according to CAPIR. And funding, in the case of cross-border investigations, can reach up to US $10,000.

"In this second round of research funds, we are especially interested in fostering the transfer of knowledge in investigative journalism to the next generation of journalists in the region. So we hope to support teams composed of both experienced journalists and those who are just taking their first steps in this line of work," he added.

"We believe that in the current regional context it is important to work collaboratively with organizations and specialized media in our priority areas (research, combating disinformation, and comprehensive security). We are also interested in having a regional balance of perspectives and experiences," Falk said. 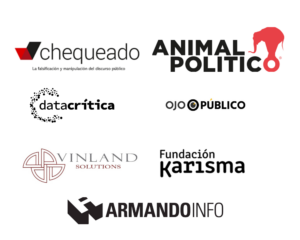 This is not the first time CAPIR has issued a call for proposals of this kind.  In 2021, the consortium made its first round of research funding and 12 national and four transnational teams were selected.

One of the investigations funded in 2021 and published during 2022 was 'Secret Violence: The violence made invisible for seven years in Honduras' by Reporteros de Investigación. This investigation shows how domestic violence in Honduras topped the figures for the last seven consecutive years. Also, how public discourse in that country denies its seriousness and focuses on pursuing and emphasizing other criminal acts. Furthermore, it avoids integrating gender policies into police investigations.

"Funding by CAPIR helped us strengthen our institutional development. We learned and reinforced knowledge about cloud work, collaborative work, and storytelling with transmedia elements. In addition, our research had an impact on public policy because the police announced it was going to reinforce its protocol in cases of domestic violence," Wendy Funes, founder of Reporteros de Investigación in Honduras, told LJR.

Another project published this year, thanks CAPIR’s support, was 'Smart City: the millionaire project that resulted in empty chairs,’ carried out by Verdad con Tinta from Bolivia. This investigation looked into the impact of a project carried out during the administration of the former mayor of the city of Tarija, Rodrigo Paz Pereira, who held office between 2017 and 2020.

"It’s been a great experience. They’ve given us training not only in how to do investigative journalism, but also in emotional management, physical protection, digital security...a lot of areas that we in the media had not taken into account," Jesús Vargas Villena, journalist of Verdad con Tinta, told LJR. "Mentoring also helped us a lot. And, especially, the support of the editor we were assigned," he added.

In the different regions or small towns, the challenges increase because it is much easier to restrict the media economically. According to Vargas Villena, traditional media receive money directly or indirectly from the government, through advertising, but independent media face the problem of securing funding to do their stories.

"It is important to have another voice, that is what independent journalism does today. They bring to light cases that are not seen in traditional media," Vargas Villena said. "But when you do this type of journalism, you face large economic barriers. Funding such as CAPIR's lets us continue doing our work."