RedLEAL: Organizations and media come together to form a network for the defense, support and protection of communicators in Latin America

According to César Ricaurte, CEO of the organization Fundamedios, which is part of the network, the collective wants to draw attention, mainly, to cases of aggression and attacks against local, hyperlocal and community media, which never come to light.

"The idea is to monitor what is happening with these smaller media and the possible violations they suffer regarding press freedom. Not so much the larger media, which have a greater opportunity to make their cases known,” Ricaurte, who is one of the spokespersons for the network, told LatAm Journalism Review (LJR). 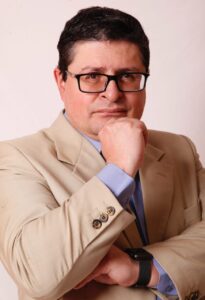 César Ricaurte, CEO of the organization Fundamedios, spokesperson for RedLEAL.

Journalist Mariela Castañón, founder of the Guatemalan digital media outlet Nuestras Historias and also a spokesperson for RedLEAL, says the initiative is valuable and will strengthen her work and that of colleagues in other countries, at a sensitive time for the profession.

“Currently, journalism in Latin America is going through a complex moment and is one of the most dangerous regions to practice journalism,” Castañon told LJR.  “Journalists face permanent harassment by the overwhelming power of armed gangs and organized crime, which often act in complicity with corrupt political power. There is also an increase in authoritarian governments, which acquire these features by preventing healthy criticism, social control of their actions and, in return, generate specific narratives that are favorable to them.”

Honduran journalist Lourdes Ramírez, founder and director of the digital media outlet En Alta Voz, highlights the region's numbers. Between January 2020 and October 2021, 31 journalists were murdered: 16 in Mexico, four in Guatemala, four in Honduras, three in Colombia, two in Venezuela, one in Brazil and one in Ecuador. At the same time, 11 journalists are still imprisoned: six in Nicaragua, four in Cuba and one in Venezuela.

“As journalists working in contexts of violence, organized crime, and corruption, it is important for these support networks to exist, so that we can raise our voices in protest when one of us experiences threats, so that those who put the physical and mental integrity of journalists at risk realize that journalists are not alone and that we will unite to sound all the alarms in support of the practice of journalism,” Ramírez, also a spokesperson for RedLEAL, told LJR. 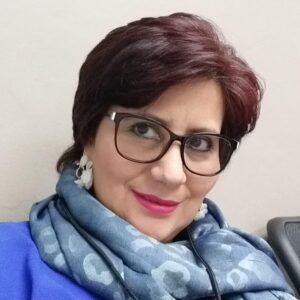 Ricaurte says that the collective was conceived during the mentoring activities carried out by Fundamedios with organizations and media in the region. During this process, they identified many cases of violations of freedom of expression that were not being recorded because freelance journalists, communicators from the communities or from hyperlocal media cannot access national or international protection networks or organizations.

So, they began to plan and talk about creating a network specifically for these types of cases. Ricaurte cites Radio Sucumbíos as an example, "a historic radio station, that’s been around for many years, covering the Ecuadorian Amazon," and which is also part of RedLEAL.

"What we have seen is that, in the Amazon region of the country, things were happening regarding freedom of expression that were not on the radar, what was happening was not being recorded. In Ecuador, there are many Indigenous and community communicators, from very local media who will benefit from the work of the network,” Ricaurte said.

Castañón argues that this project is "very important" for journalists in her country, Guatemala.

“As a profession, we face several challenges that limit freedom of expression, including campaigns to undermine the credibility of journalists, legal processes, criminalization, hate messages, attacks, and acts of violence.”

Castañón points out that reporters in the country’s departments are at an even greater risk than journalists working in the capital.

RedLEAL was launched in October and currently comprises representatives from seven countries: Colombia, Brazil, Ecuador, Guatemala, Honduras, Peru, and Venezuela. In December, they plan to share a report on press freedom violations in participating countries, but the aim is to produce consistent monitoring.

The network also intends to organize events, panels and, above all, carry out actions and communication and mobilization campaigns to denounce violations. According to Ricaurte, it is outside of RedLEAL's scope to directly protect journalists. Rather, it seeks to bridge the gap between the network and the larger international organizations that already do this type of work.

“The ideal would be to use the visibility of these cases to reach those who work in that type of protection for journalists, for example, CPJ, which has a program to protect journalists at risk,” he said.

Ricaurte said that RedLEAL is "very open and horizontal" and wants to incorporate more countries and members. It’s betting on word-of-mouth and that current members of the network will invite new members. And, since its launch, RedLEAL has been approached by media and organizations interested in joining the collective, Ricaurte said.

Ramírez also emphasizes the importance of establishing alliances with international organizations to “identify each other’s strengths and to be able to respond quickly in support of colleagues in all participating countries.”

“Journalists must have solid organizations in each of the participating countries, which can support our work and demand that governments respect our right to practice journalism without restrictions,” she said.