Out of necessity, more Brazilian newspapers are saying goodbye to print and investing in digital. Will they survive?

In the early 2010s, the end of the print edition of Jornal do Brasil, a centuries-old and once influential newspaper, was announced as an innovation. It would be "the first 100% digital newspaper in the country." However, even though it survives on the Internet – with a brief and failed print resurgence a year ago – the traditional Jornal do Brasil has failed, without a print version, to maintain the relevance of what was once one of the largest newspapers in the country. Jornal do Brasil's economic crisis has dragged on since the 1990s, culminating in its disappearance from newsstands.

The gloomy end of Jornal do Brasil is not necessarily the rule that is being followed by other Brazilian newspapers that, more recently, have also given up their daily print editions to prioritize digital platforms. A little over two years ago, Gazeta do Povo, the main newspaper of the state of Paraná, started the trend by giving up a daily newspaper to give priority to digital platforms. It was joined this year by Gazeta, largest newspaper of Espírito Santo, and Diário Catarinense and three newspapers of the state of Santa Catarina, all published by the group NSC. 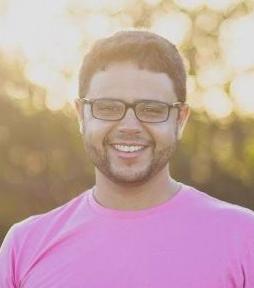 João Guerra's research anticipated the end of the print edition of A Gazeta. (Photo: Courtesy).

“Companies were slow to realize [that the print platform is not essential]. And maybe the case of Jornal do Brasil scared some organizations a little. After more than 20 years of popularization of the internet, it is possible to see an increased investment in quality journalism in the digital world,” journalist João Guerra, author of the dissertation 'Mudanças Estruturais do Jornalismo: o Caso do Jornal A Gazeta ES’ (Structural Changes in Journalism: the Case of Jornal A Gazeta ES) told the Knight Center. In that study, he investigates the transformations of the largest media group in the state of Espírito Santo.

The study, conducted from interviews with journalists and directors of the Gazeta group, indicated what would happen soon: in August, the newspaper A Gazeta, founded in 1928, gave up its daily print edition to publish just once a week.

“Yes, [the end of print was expected]]. However, there was an undeclared fear that this would weaken the newspaper’s brand. A Gazeta has considerably reduced its page count since the beginning of this decade,” Guerra said, based on interviews done for his dissertation.

The same decision to give up the press took hold in the NSC group in late October for the four titles it holds in the state of Santa Catarina. Three of them, Diário Catarinense, A Notícia, and Jornal de Santa Catarina, now have weekly editions in magazine format, while the popular Hora de Santa Catarina disappears from the newsstands. The NSC had been studying the end of print titles for three years, according to an official statement from the company. 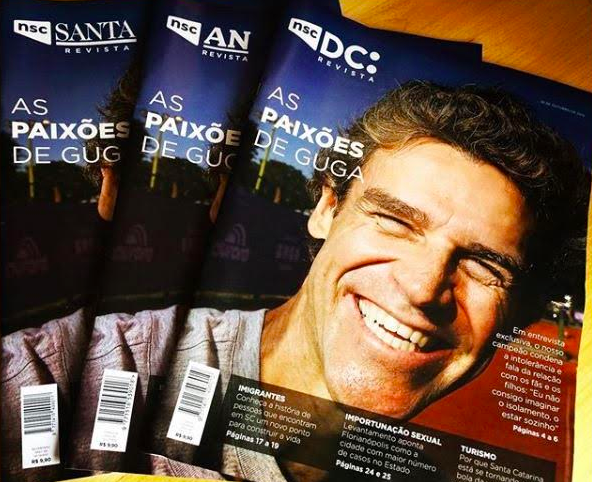 Costs to maintain print versions and a drop in readership are the main reasons for newspaper companies to abandon print titles, according to Ricardo Pedreira, executive director of the National Newspaper Association (ANJ). “Some local companies are understanding that this bet can be a solution to balance their revenue. The bottom line is what will be saved with printing and circulation, which have high costs, has to be compensated by increasing subscriptions,” he told the Knight Center.

In the case of the Gazeta do Espírito Santo, daily print circulation approached ten thousand copies sold at newsstands and delivered to subscribers. Eight years ago, that number was 38,000 newspapers a day. In the case of Santa Catarina, the four newspapers together sold 42,882 copies a day on average in August 2018. Diário Catarinense accounted for 17,493 copies, almost half of the 2015 circulation when it reached an average of 33,096 from Monday to Saturday and 40,627 on Sundays. 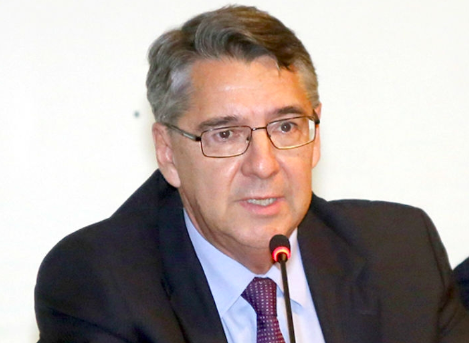 Although the declining circulation of print newspapers has been a trend for many years, while readership is growing on online platforms, many outlets still rely on their print versions to pay the bills. “One thing that is evident is that for many titles [...] even with the drop in circulation, the revenue from print advertising is too great for the operation. It seems clear that many newspapers are seeking to increase revenue from digital subscriptions, given the drop in advertising revenue,” ANJ's Pedreira said.

That is, newspapers that make the decision to stop circulating on paper give up existing revenue, although falling, to bet on an uncertain market. It is therefore important to plan the operation with caution. 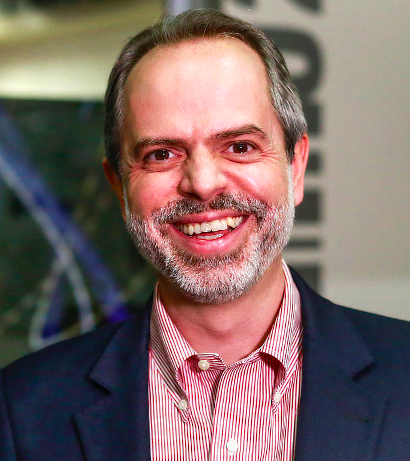 “We also realized that it was no longer our choice alone.  Our reader has chosen their platforms and channels for consuming information.  And in this case, daily printing is no longer the first choice for the vast majority,” A Gazeta Executive Editor Elaine Silva told the Knight Center.  “The goals of A Gazeta are to increase audience volume and subscriber base.”

In the case of NSC newspapers, the decision was made at a time when its digital audience was already considered mature and the company maintained a balanced financial structure, as Bruno Watté, NSC's Director of Product and Operations explained to the Knight Center.

“We have to be where our audience already is. And it makes perfect sense to make this move at this time when the reading habit of the public has changed, but we still have economic health and a large subscriber base (40,000 in all),” he said. “It is no use publishing content that does not fulfill its final purpose, which is to be read, consumed. And for that, the relationship with the audience needs to be much closer.”

UFSC professor Rogério Christofoletti, who studies the journalism market in Santa Catarina, believes that part of the crisis was due to the loss of the identity of the titles, which until 2016 were owned by RBS. 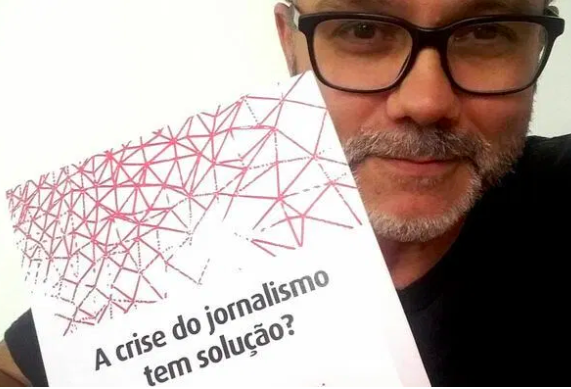 “By the beginning of this decade, all of Santa Catarina's major newspapers were very much alike, and regional differences have dissolved,” he told the Knight Center. "My hypothesis is that audiences no longer see themselves in local newspapers, and they have been abandoning these products," added Christofoletti, who is also a researcher at objETHOS and author of the book “A Crise do Jornalismo tem Solução?” (Does the Journalism Crisis have a Solution?).

The regional issue is a priority in the new NSC project. “Our editorial line will change little. We will increasingly reinforce, in our weekend editions and in NSC Total, a strongly local coverage, with a Santa Catarina look, with much service and appreciation of the positive state agenda, with culture, tourism, gastronomy, sports. Of course, without ever forgetting the most important SC issues, such as public safety, health, education, public spending. Our localism will be stronger and stronger,” César Seabra, NSC's Director of Journalism, told the Knight Center.

No guarantee of success

In the case of Gazeta do Povo, the traditional newspaper that has been without a print version for two years, some trends are becoming clearer. The outlet, which has always been confined to the limits of the state of Paraná, reached, with the digitization and subsequent more conservative editorial change, a national audience. 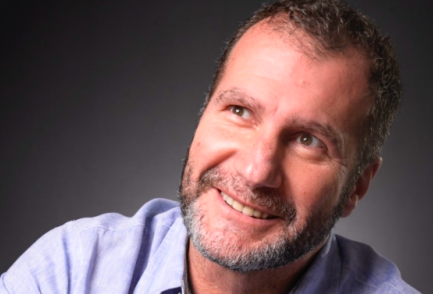 For ANJ's Pedreira, this may indicate broader and more beneficial competition for outlets. “The other day, I was at Congonhas Airport [in São Paulo], and I saw an announcement by Gazeta do Povo, with its columnists. It clearly made an editorial choice for a conservative public, totally legitimate project. The possibility of digitization creates this perspective that even originally regional titles can expand and search for certain segments that are independent of geographical boundaries.”

Consultant Julio Sampaio, who wrote the book “Rasgando o Papel - Jornal Gazeta do Povo, uma startup de 100 anos?” (Tearing Paper - Gazeta do Povo Newspaper, a 100-year-old startup?), believes that in the new information environment, there is a tendency to consolidate national titles. “O Globo was Rio. Folha and Estado were competitors in São Paulo. Today they compete with each other, increasingly without borders, and with all the outlets, portals, blogs, etc. that produce news,” he told the Knight Center. 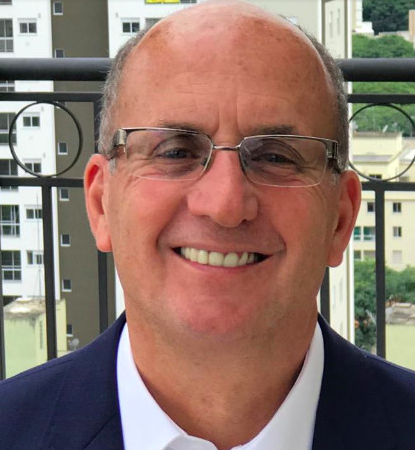 Julio Sampaio: crisis favors radical decisions, as there is little to lose.

Even so, he argues for caution in assessing early results: “In the case of the 100-year-old Gazeta do Povo, they chose to be born again, adopting startup and digital business practices. If the strategy will be the winner, only time will tell. Anyway, it was a brave move that makes a lot of sense, even if it's not guaranteed to succeed.”

But unlike startups, Gazeta do Povo and the other traditional outlets that focus on digitization do not move by opportunity, but by necessity, and that makes all the difference. “The main problem of newspapers is not the audience, which for some has grown, but a new business model that is no longer fundamentally sustainable by advertising. In this sense, the crisis [...] may even help. It is easier to make a big business revolution when you do not earn enough or even lose money.”