As it did in Latin America, COVID-19 has a strong impact on the media outlets in Portugal and Spain, with a drastic reduction in advertising, and cuts to staff and salary.

The outlook is uncertain, according to participant in the panel, “Digital Journalism in Spain and Portugal” during the 13th Ibero-American Colloquium on Digital Journalism. Watch the video of the session here.

The Portuguese journalist, Catarina Carvalho, was the executive editor of Diário de Notícias, one of the main newspaper in Portugal, but left the outlet in June after the administration proposed a 40% cut to personal’s salaries.

According to Carvalho, the Portuguese government offered a compensation to the workers who suffered from salary cuts, but the benefit ends in October and the future is uncertain.

“What was already bad worsened with the pandemic,” Carvalho said. “In the best of cases, there will be massive layoffs [when the grant ends].”

The journalist works on an independent journalism project in Portugal, but in the country the founding sources for native digital newsrooms are scarce.

“In Portugal there aren’t investment funds, people [entrepreneurs] don’t know how to star, how to do something new. I think that the following years this will happen here, [the coming up] of journalistic startups,” Carvalho said. 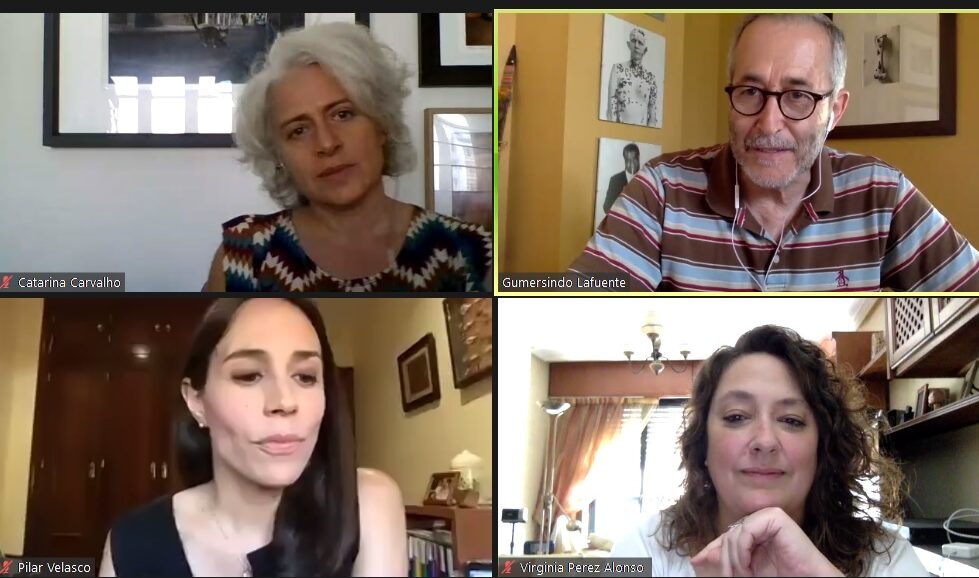 In Spain, the 2008 global financial crisis has profoundly changed the panorama for outlets. According to Virginia Alonso, director of Públicos.es, a digital newspaper, the pandemic has accelerated the processes that was already underway in the industry, like an increase in digitalization and reduction in print editions.

“I think that [this crisis] is going to leave some outlets in the way, possibly the smaller ones than the big ones. In Spain, like you very well know, in the last years, most of all due to the previous crisis, many small media outlets were born. Some have turned out to be medium sized, but many of them have continued being small. So now I think that these outlets are going to have serious difficulties,” Alonso said.

The root of the problem is the decrease in advertisement revenue, worsened by the economic deceleration that can be observed in the majority of the countries. Cadena SER, the most important radio network in Spain, documented a record number for their digital audience in February, just before the country’s emergency situation announcement. On the other hand, the advertisement has gone down “to one of the worse income figures for advertising in the last years. Almost to the 2008 crisis levels,” said Pilar Velasco, journalist for Cadena SER.

The panel also discussed the issue of social media harassment faced by journalists, especially women, who are victims of attacks and are harassed even on the street.

“This worries me a lot, because it creates a climate of opinion favorable or unfavorable to certain people and is often encouraged even by politicians who are party leaders,” said Alonso, who is also president of Plataforma en Defensa de Libertad de Información.

Alonso also said that this situation has created self-censorship cases among journalists, who, to protect themselves, avoid reporting on topics that can generate extreme reactions.

“It is a very fine and dangerous line. In the case of women, what happens is that many delete their social media accounts or start to interacting much less, that is, it is one less voice, [and it’s that of] a woman,” Alonso warned.

The panel was moderated by Gumersindo Lafuente, deputy director of elDiario.es.