The Peruvian Congress ratified Law 2133, which prohibits official advertising in private media outlets, during the night of June 14. Advocates say it will curb public spending, but critics say it is a form of indirect censorship against media. 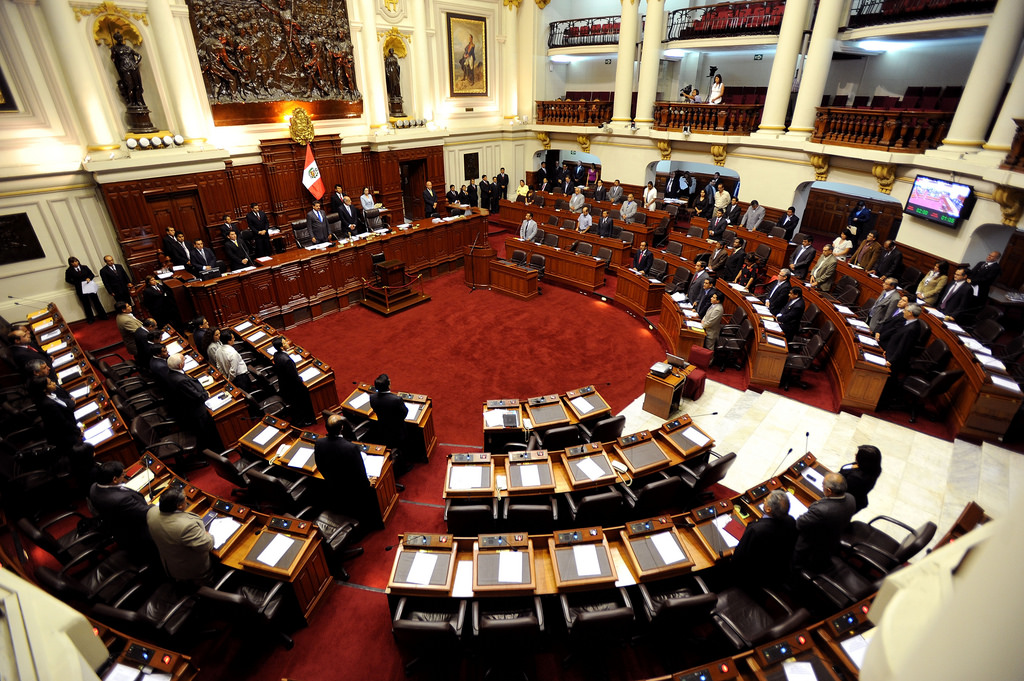 Peruvian President Martin Vizcarra announced on Twitter that the Executive will present an action of unconstitutionality before the Constitutional Court for this law to be repealed. The president declared that this "Gag Law" contravenes the Constitution because it violates the duty of the State to communicate its actions and the right of people to be informed.

Organizations such as the Peruvian Press Council, the Press and Society Institute (IPYS, for its acronym in Spanish) of Peru and the National Society of Radio and TV published a statement expressing their strongest rejection of the approval of the law in question, also known as the "Mulder Law.”  In their statement, they also recognized Vizcarra’s efforts and all the organizations, lawmakers and political authorities who opposed this law since it was presented as a bill in November 2017.

"This measure constitutes a mechanism of indirect censorship that conceals, under the pretext of careful use of public resources, the intention to silence the press and undermine its oversight role, in addition to infringing upon the right of Peruvians to receive information in power of the State," the document said.

Mauricio Mulder, an former journalist and congressman for the APRA party, previously said that the objective of this law was to save public spending and prevent state money from influencing the press, citing hundreds of millions that former presidents had spent on official advertising during their governments, according to El Comercio.

The APRA-aligned lawmakers present during the debate on the approval of the law and the bloc of the party Fuerza Popular, of Keiko Fujimori, voted in favor, reaching the required majority.

The Special Rapporteur for Freedom of Expression of the Inter-American Commission on Human Rights (IACHR), Edison Lanza, also spoke on the approval of this law via Twitter. He said that Article 13.3 of the American Convention is wise and its authors advanced. "They knew that the imagination of those who abuse power would lead to forms of subtle censorship, under the guise of legitimacy. This law that the Peruvian Congress just passed is an example of this," he said.

According to Mulder, the State can communicate official information at cost through the State's information channels (such as TV Perú and Radio Nacional), and through social networks like Facebook, as published by Perú21 when the bill was presented.

The National Confederation of Private Business Institutions (Confiep) also rejected the Mulder Law from the beginning, reported La República. The State "must carry out information campaigns to promote the industrial, productive and service sectors of our country," said its owner, Roque Benavides. The president of the business association said that thanks to the tourism sector and the country’s brand, Peru was able to count on more than four million tourists in 2017, the newspaper reported.

In Peru, state radio and television media outlets do not have national coverage, said Rodrigo Villarán, executive director of the Peruvian Press Council, in a previous interview on the subject with the Knight Center. According to Villarán, only 14 percent of the population interacts with government media. Regarding Peruvians’ access of social media like Facebook, Villarán said that they will not be able to replace the mass media with information in the short term.

In terms of internet penetration, there is a gap in rural areas of Peru compared with cities. According to the National Institute of Statistics and Informatics (INEI), internet access at a national level for people aged 6 to over is 48.7 percent, but in rural areas it is 15.4 percent.

In reference to the approval of the law, Peruvian lawyer and journalist Rosa María Palacios, said in her program "Sin Guión," of newspaper La República, that it is usually the local community radio stations that really inform the population about the State communications in remote rural areas.

Palacios cited as an example Radio Sepahua, from Madre de Dios, a lowland region of southern Peru. According to the journalist, the Dominican missionary owner of the radio told her that from now on his radio will have to report the state communications about cold fronts, infantile anemia, dengue and human trafficking free of charge because he has a social responsibility with the people of his locality.

"Who will tell the inhabitants of Sepahua how to control children's anemia? Mauricio Mulder and his Facebook? (...) That is not understanding Peru," said Rosa María Palacios, according to La República.

With the enactment of the new law on official advertising in private media, the previous law on the subject (Law 28874) --valid in Peru since 2006-- would automatically be annulled, said Roberto Pereira, lawyer and associate legal advisor of IPYS, in a previous interview with the Knight Center.