Readers find it more important for Latin American digital native media to take a stand against injustice than to be balanced, research points out

A survey carried out with 3,871 readers of seven independent, digital-native news sites in Latin America showed that this audience values that the media outlet takes a position against injustice more than having balanced coverage. On the other hand, the same readers consider it more important for the media outlet to carry out investigative and independent journalism than for it to take a position. When asked about objectivity and taking a position, there were no significant differences, that is, both were considered equally important.

The study pointed out that these readers value, although with different weights, the following characteristics in relation to these outlets: investigation, independence, taking a position, objectivity, balance and active participation (in the community, in protests and in activism).

According to Summer Harlow, University of Houston associate professor of journalism and author of the study, the results show that readers care about traditional norms like objectivity and, at the same time, want the media to take a position. According to her, this suggests a new understanding of the concept of objectivity, as something that does not oppose or prevent journalists from defending causes or participating in protests. 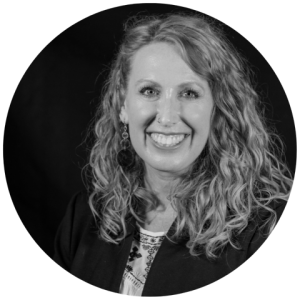 Harlow stated that, in the United States, objectivity has been seen as "bothsidesism," that is, the obligation to give both sides with equal weight, as a way of being or appearing balanced. For her, the study shows that readers want objectivity, balance and positioning, even if the latter is "inherently subjective."

“Perhaps, like what we're seeing in the U.S. now, these readers believe that in some instances the objective, fair thing to do is for journalists to take a stand and call something out as wrong (or right), especially as related to human rights,” she told LatAm Journalism Review (LJR). “This suggests not so much an abandonment of the objectivity norm, but rather a different way of thinking about stance-taking, and that when it comes to humanity and basic human rights, standing up for them is not taking a stance, so much as just objectively doing what's necessary/right.”

The results of the study were published in a June 15 article in English, by the peer-reviewed journal Digital Journalism from Taylor and Francis Online, entitled "A New People's Press? Understanding Digital-Native News Sites in Latin America as Alternative Media." The article was written as part of a larger research study by Harlow, which will be published in a book by Routledge.

The sites chosen for the study "represent the most widely read independent digital-native sites in the region," and most are nonprofit and have the goal of "offering an alternative to mainstream media," Harlow writes.

In addition to the reader survey, the study also includes focus groups with 18 journalists from these media outlets – the names of outlets are not disclosed in the survey for privacy reasons. And, pooling the results of surveys with readers and journalists, Harlow concludes that these outlets do not fit neatly into the classic definition of alternatives.

“Overall I found, using surveys with readers and focus groups with journalists, that independent, digital-native news sites in Latin America simultaneously exhibit and resist characteristics of mainstream and alternative media, suggesting they are a hybrid, or mestizaje type of media,” she said.

According to the study, journalists from these outlets do not identify with the "alternative" label, but, on the other hand, see the journalism they do as different and better than that produced by the traditional press.

“Journalists saw these sites as financially and editorially innovative –they were funded differently than commercial media, and they focused on stories and voices normally marginalized by mainstream media,” she said. “Readers also saw the digital-native sites as different than the mainstream: more innovative, more independent, more focused on creating a sense of community.”

The professor says that financial and editorial independence, as well as the idea of belonging to a community, questioning the status quo and taking a more active stance, are more common marks in the alternative press. On the other hand, journalists in these media are not amateurs (in the sense of having other careers), something that would be more in line with the classic concept of alternative media. They are professionals in the field, often with previous experience in the mainstream press, and do not see themselves as activists or militants.

Thus, the study proposes to go beyond the dichotomy between mainstream and alternative press, to suggest a spectrum within this binarism or a model of "alternatives within the mainstream media.” In addition to not being adequate to describe this new type of digital native site, the alternative term is loaded with prejudices and accusations of partisanship, activism and biased journalism, as well as automatically placing these media in a marginalized position, as "the other.”

In the survey, readers identify that these outlets are different from traditional media and use technology in a more innovative way. They also point out that these sites allow for more exchanges with other people and help the audience feel part of a community. The fact that readers value independent and investigative content is also an important finding, Harlow says.

“All of these results together tell us that readers are coming to these sites for quality independent journalism that they don't feel they can get from traditional commercial media,” she said. “Considering the way the media systems in many Latin American countries cater to elite interests over those of everyday citizens, this study says a lot about mainstream media's inability to adequately serve and inform citizens, and independent, digital-native news are filling this gap.”

Therefore, both journalists and readers emphasize the importance of independence and a funding model that allows editorial freedom, without ties to companies and governments. This is seen as an innovation by digital native media, who feel they are reinventing the economic model of journalism.

Another relevant point of the study is the relationship between the consumption of news from digital native outlets and participation in demonstrations. For this, readers were asked whether they had gone to protests, and this was compared with other characteristics.

“Results showed country of residence, political ideology, a belief that media should actively participate in the community, a preference for independent news, and a preference for alternative media all predicted offline participation in protests,” Harlow said. “Balance was a negative predictor, meaning readers who wanted balance were less likely to have participated in offline protests.”

The study emerged from a study group, in which researchers Amy Schmitz Weiss (of San Diego State University) and Vanessa Higgins Joyce (of Texas State University) participate, who, like Harlow, are part of the research group of the Knight Center for Journalism in the Americas at the University of Texas at Austin. At the end of the article, there is a special thanks to the Knight Center and its director, Rosental Calmon Alves, for supporting the research.