The 19th: Stay away from 'commodity news' and create a newsroom culture that is a 'gold standard'

The journalists Emily Ramshaw and Amanda Zamora, founders of The 19th, a nonprofit newsroom reporting about gender, politics and policy, want to steer clear of commodity news and build a newsroom culture that is the gold standard for the industry in terms of diversity and equity, they said during a keynote session July 22 at the International Symposium of Online Journalism (ISOJ).

During the keynote session "Gender, race and politics: How The 19th will seek equity in and beyond the newsroom", Zamora and Ramshaw spoke about how the outlet, which will be launched in Summer 2020, will be doing on-the-ground reporting from different parts of the country, like New York, Washington D.C., Orlando and Des Moines. The goal is to address the disparities and discrepancies women face and how they are disproportionately affected by certain issues such as the economy, the healthcare system and by policies enacted by the government. 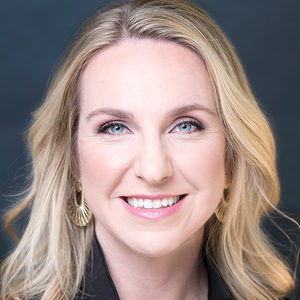 "We are not in the business of creating commodity news at The 19th [...] What fundamentally matters [to us] is what is motivating women to vote, how they are engaging or not in the democratic process," Zamora said.

Ramshow explained that the outlet, which is named after the 19th Amendment granting women the right to vote in the United States, included an asterisk to the logo because they are cognizant that the amendment had only white women in mind and excluded those rights to women of color for decades. Ramshaw said that the concept of the asterisk is to address those inequalities. So, when conceiving news reports, they always consider "what's the asterisk in this story?"

"It's not just a story if there are women involved, because it features a woman or because a woman is quoted. For us, we think of the asterisk. What's the discrepancy, what's the disparities? Our entry point for a story is The 19th asterisk, which is that gender lens," Ramshaw affirmed.

Zamora highlighted that the kind of journalism they decided to do made an impact in their decision to choose to be nonprofit. This model would allow them to invest in substantive journalism, steer clear from commodity news, and to be intentional about their audience development strategies.

The chair of the keynote session, Matt Thompson, editor-in-chief of Reveal from the Center for Investigative Reporting, asked the two journalists what success would look like for them in the coming years.

Zamora answered that she wants The 19th to be "a household name" and have a critical mass in terms of audience, with a good membership program and readers going to the site daily.

Ramshaw added that she wants the newsroom culture to be a “gold standard for the industry”  in terms of equity and diversity. Internally, she said, they have implemented paid leave policies such as a 6-month family leave for anyone in the team and a 4-month caregiver leave. 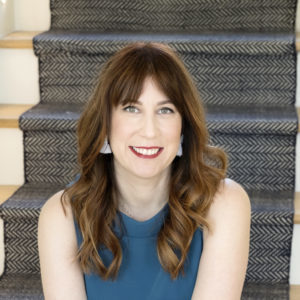 “So if you need to spend the last 4 months of your mom's or dad's life with them or if you're grappling with a disease, like Covid, that you have the flexibility to do so without getting off the path," she said.

Ramshaw hopes that the industry takes notice and follows that model, to prevent women, especially women of color, from leaving the "escalator to top newsroom leadership" too early. She mentioned that The 19th should be an environment where women feel they can "have it all," in terms of family and advancing their career.

"In our Slack conversations, people are comfortable talking about their efforts to get pregnant and what they are enduring, about the division of labour with their partner in their households and we are super comfortable saying: 'you know what? My day right now, because of Covid and day care, has to end at 4:30 so I can get my daughter, but I can be back online at 8 p.m. to send messages,'” she said. “What women on our team are saying is that they never would be able to speak this freely in their last newsroom.”

Ramshaw stressed that they want the newsroom to be filled with empathy and understanding, but also their coverage relating to women. "Empathy in coverage is exceedingly important for us, really understanding not just how women vote, but why women vote,” she said.

The founders also described how challenging and "surreal" it is to launch a new outlet during a pandemic and setting up a new team entirely online. Furthermore, they discussed how it "felt liberating" to say out loud that The 19th stands for human rights, gender equity and racial justice. "Our journalism will be evidence based, fact based, fair under all circumstances, but there are guard rails for us," Ramshaw said.

She also defended drawing a line between journalism and advocacy, adding that she is "sort of a purist" in that sense. So The 19th will try to avoid the "appearance of conflict of interests", while also giving the chance to it's reporters to exercise their right to be engaged civically and involved in their communities.

Watch the full keynote session on the ISOJ YouTube channel, and read more about the ISOJ on our website.