*This post has been updated to include statements from the Committee to Protect Journalists and the Inter American Press Association.

Journalist Gabriel Hernández was killed on March 17 in the Valle department in southern Honduras, according to local media reports. 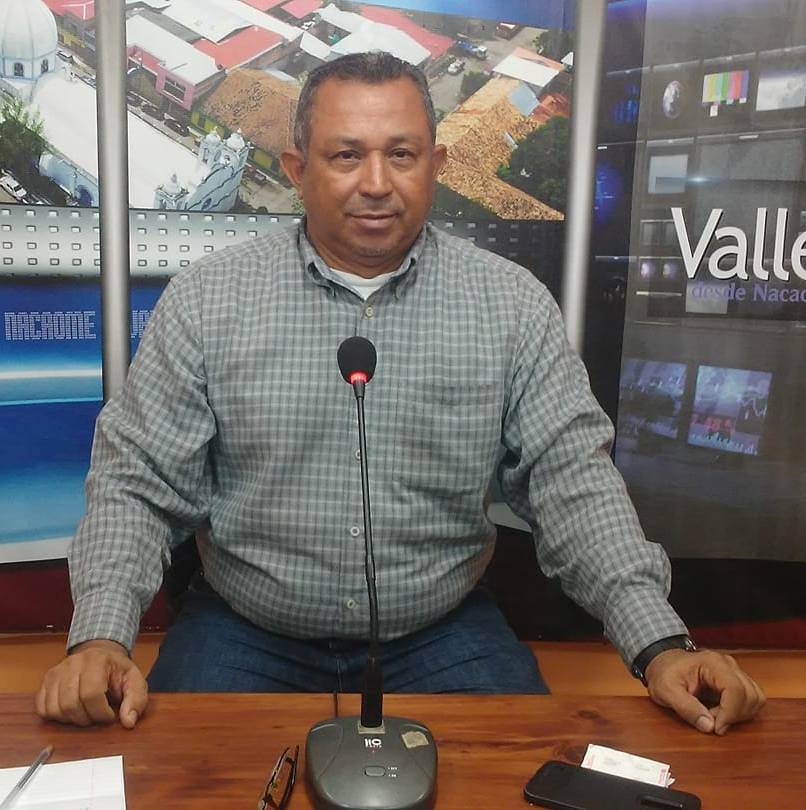 According to the Committee for Free Expression of Honduras (C-Libre), Hernández walked towards his home in the municipality of Nacaome around noon on Sunday when he was attacked by an armed person who shot him six times.

The Alert and Protection Network for Journalists and Social Communicators (RAPCOS) shared on its Facebook page what it said is the police report for Hernández’s murder. According to the report, witnesses said that “an individual walking on foot intercepted him and fired several shots, leaving the now deceased seriously wounded.”

The report states that Hernández was taken by friends to a private clinic, where he died as a result of the shots.

The person who fired the shots and the motivation for the crime have not yet been identified.

Gabriel Hernández was 54 years old and worked for the channel Valle TV, according to EFE. He was the director and presenter of the program "El pueblo habla" (The people speak) “where he was critical of the management of the municipal mayor and the deputies of the department,” according to C-Libre.

The Committee noted that in 2015 it had already recorded threats, police aggression and negative information against Hernández by the municipal authorities, led by Víctor Flores, mayor of Nacaome.

RAPCOS in Nacaome told C-Libre that Hernández had requested measures from the National Protection Mechanism of the Honduran government, but that the entity responded that the measures "did not apply" to the journalist's case. The Committee said that it contacted the Mechanism by telephone, “which assured that Hernández ‘was not a beneficiary of the protection system.’” Asked if measures had been denied to the journalist, “the person said they were unaware of the issue and indicated that the area that receives the cases would have the information.”

The Knight Center tried to contact the Secretariat for Human Rights, on which the General Directorate of the Protection System depends, but was unable to reach anyone. It could not find a contact for the National Protection System.

C-Libre said it had registered several cases of aggressions against journalists in the departments of Valle, where Hernández lived, and in neighboring Choluteca, including a judicial conviction, police aggression and smear campaigns against professionals.

In an official note, C-Libre demanded an investigation into Hernández’s murder and said that “the State has not complied with the obligation to prevent violence against the press in the southern zone even though the National System for the Protection of Human Rights Defenders and Journalists has known for some time about the situation of risk that the journalists in the departments of Valle and Choluteca face.”

The Committee to Protect Journalists (CPJ) also called for an investigation into the murder.

"Officials must act to ensure that Hernández's name is not added to the long list of Honduran journalists whose murders were committed with complete impunity," said Natalia Southwick, CPJ Central and South America Program Coordinator, according to an organization press release.

The Inter American Press Association (IAPA) also pointed to problems of impunity and "ineffectiveness of the existing protection measures."

Hernández “is the first person, linked to the media, to lose his life in violent circumstances, so far in 2019 and the 77th since October 2001,” according to the National Commission for Human Rights in Honduras (CONADEH). The commission added, “92 percent of crimes against journalists, social communicators, camera operators, photographers and media owners remain unpunished for lack of investigation.”