The number of attacks on Brazilian journalists reached a new all-time high in 2021, according to the latest Report on Violence against Journalists and Freedom of the Press, published annually by the National Federation of Journalists (FENAJ).

Four hundred thirty cases were recorded in the survey, two more than in 2020. The number of cases remains high after a 105% growth from the previous study. Direct complaints to FENAJ or one of the journalists' unions provided most of the data. The survey also includes cases published in various news media.

For the second year in a row, President Jair Bolsonaro was the biggest aggressor. He alone was responsible for 147 cases (34.19% of the total): 129 episodes of discrediting the press and 18 verbal attacks.

The president used adjectives such as "scoundrel," "quadruped," "sleazebags," and "idiot" when addressing journalists. On one occasion, he told a journalist to shut up.

From 2013 to 2017, the main perpetrators of attacks against journalists had been members of the security forces, such as police and municipal guards. 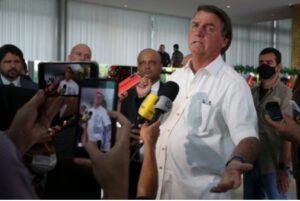 In 2018, the year of Bolsonaro's election, that changed: the biggest aggressors were ordinary citizens, voters for one or another candidate, who turned to violence against press professionals in public demonstrations.

As early as 2019, the "politicians" category, including the president, took the lead in the attacks. Bolsonaro became a category of his own in 2020 when he alone was responsible for 175 attacks on journalists.

The trend of worsening violence against journalists from politicians such as president Bolsonaro worries FENAJ in 2022 when there will be elections for president, all 27 state governments, the Chamber of Deputies, state assemblies, and one-third of the Federal Senate.

"For FENAJ, the numbers of violence against journalists in the last three years are enough to say that we have, in Brazil, a situation of insecurity for the practice of the profession. This insecurity may indeed become exacerbated this year, due to the [upcoming] general elections," FENAJ president Maria José Braga told Latam Journalism Review (LRJ).

"The risk is real because the main aggressors of journalists are politicians, especially the president of the Republic himself. So, in an election year, when candidates are more exposed in the media, especially through accusations involving their actions as public figures, violent reactions can occur," Braga added.

The FENAJ survey recorded four attacks against journalists, compared to one in the previous year. There were two shooting attempts, a fire, and a hit-and-run. 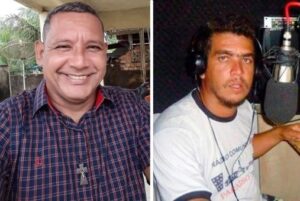 On Sept. 6, journalist Eranildo Ribeiro da Cruz, 54, was found in his home, tied up, naked, with evidence of torture and a head wound. Cruz had been investigating possible fraud during the municipal election in Almeirim, in [the Northern state of] Pará, according to FENAJ.

According to the report, he had also written about the death of a baby due to alleged negligence by the city government. The police arrested the killer, who pointed to the existence of a mastermind, but has not clarified the case.

On the other hand, broadcaster Weverton Rabelo Fróes, 32, was shot dead in front of the house where he lived, in the interior of Bahia. The assassin asked for help to fix his motorcycle and then shot him six times when the journalist came out of his house, FENAJ reported.

Fróes had complained that he was receiving threats demanding he close the community radio station he ran, according to the report. The crime has not yet been solved.

Although physical assaults have dropped (from 32 to 26), the number of threats and intimidation has remained stable (33 in 2021 versus 34 in 2020). Verbal assaults and cyberattacks totaled 58 cases against 76 the previous year.

"We consider the drop in the number of physical assaults and verbal assaults/virtual attacks to be minimal, maintaining a high number of cases in these two forms of violence in 2021. But we believe that the slight drop results from a public complaint made by FENAJ and the unions. And, mainly, by the victims, who were not intimidated and sought accountability and the punishment of their aggressors," Braga said.

The president of FENAJ recalled the conviction for moral damages against president Bolsonaro for verbal aggression against a journalist. In March 2021, a judge in São Paulo sentenced the president to pay BRL 20,000 (USD $5,000) to reporter Patrícia Campos Mello, from the Folha de S. Paulo newspaper. 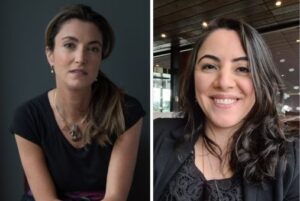 The case concerns a sexual insult uttered by the president the previous year. Campos Mello also obtained the conviction of a state deputy from Ceará, aligned with Bolsonaro, also for sexual offenses. The reporter, a winner of the Maria Moors Cabot Award in 2020, became a target of Bolsonaro and his allies after revealing that business people had financed the spread of negative propaganda in the 2018 elections targeting Bolsonaro's primary opponent at the time.

Like the Campos Mello case, journalist Juliana Dal Piva, a columnist for the UOL news outlet, is filing a lawsuit against president Bolsonaro's lawyer, Frederick Wassef. After she aired her podcast series "Jair's Secret Life," Dal Piva received a text message from Wassef personally attacking her. He texted that if she were working in China, "you would disappear, and they wouldn't even find your body."

"I filed a complaint about the threat so the Attorney General's Office can investigate the case, and I am also filing a lawsuit for moral damages against the lawyer. A threat is a crime and must be dealt with in a competent court," Dal Piva told LJR in January. "Any journalist who goes through this type of situation needs to formalize the case in the Judiciary, no matter how tough it is and how difficult it is to go through this process. The measure serves in the long term. It is unlikely to think that someone who made a threat will not repeat the modus operandi if it goes unpunished."