The Intercept Brasil managed to beat its recurring donation campaign goal and raised over $300,000 Reals ($55,823 USD) in July. Since the site started crowdfunding, the outlet has had a second source of income, allowing it to double its employees, move the newsroom to a new building, buy equipment, and invest in articles that require more funding and defending itself against lawsuits in court.

Marianna Araujo,the Intercept Brasil (TIB) journalist and communications director who was responsible for the campaign, said the outlet had its first collective fundraiser in September 2018 to reinforce its presidential election coverage. 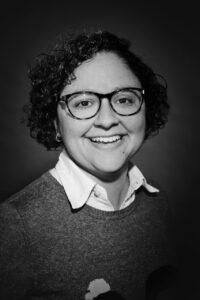 "It was a bold and short campaign, asking for $90,000 Reals in 30 days. And we raised more than $120,000 Reals. It was clear then that the audience was willing to contribute with the financing of the Intercept. Today we have the largest recurring campaign in the country," Araujo told LatAm Journalism Review.

The Intercept, founded by Glenn Greenwald, Jeremy Scahill and Laura Poitras, is part of First Look Media, which was created in 2013 by eBay founder Pierre Omidyar. The outlet was launched in Brazil in 2016. Until 2018, the outlet has run only with funding from FLM, since all of its content is free and the site does not run ads.

After that, the fundraising campaigns quickly became a "fundamental part" of the budget, Leandro Demori, executive editor of The Intercept Brasil, told LJR. "We have never seen something this big in journalism in Brazil; it is unprecedented," he said.

According to Araujo, TIB is looking to be sustainable on its own and, with the support of its readers, grow. The fixed budget doesn’t allow for this kind of growth, he said With the success of the initial fundraising campaign during the elections, TIB decided to launch a more robust and ongoing campaign in December 2018 in which donors could commit to a monthly amount.

The campaign, which was already going well, "exploded" and reached $200,000 Reals ($37,215 USD) Araujo said. And it never went below that. Vaza Jato arrived at a time when TIB already had a campaign strategy in place and in operation. Demori compares their strategy to a race, in which "you push a button and power the car." "People who didn't know the site got to know it, because of the audience that the articles brought in. And others already knew it, but they needed that push to become donors."

Demori and Araujo argue that the editorial line and brand of TIB have a lot to do with the success of the campaign. Since all content on the site is free, Araujo said, supporters understand that their donations contribute to everyone having access to information, even those who cannot pay.

"We believe that impact journalism, which transforms society, has to be accessible to everyone. It is our philosophy. I try to use this to our advantage in the campaign, and we have gotten a good response. We say: 'Everything we do is free, we want to continue like this, we need your help. If you can contribute, support, so that those who cannot contribute can also read,” she said.

Demori pointed out that the way the audience identifies with the editorial line is fundamental. According to him, the site has a loyal audience that likes the style and type of journalism that TIB does. Intercept focuses on stories that have an impact, Demori affirmed, like cancelling a public contract due to corruption, provoking a response from an institution or sparking other denouncements. And that is valued by donors. 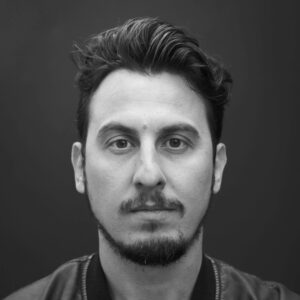 “When people see that impact, they feel like they are paying for a public service. If the Intercept was a mainstream news site, with a more standard journalism, I suspect that the campaign would not have been so strong, so this connection is very direct,” he said.

In 2020, TIB established a goal of raising $300,000 Reals, which ithit in July. Demori stated that, with those funds, TIB was able to practically double the size of its news team, with now around 20 people, located in Rio, São Paulo and Brasilia, as well as a correspondent in the Northeast of Brazil. TIB didn’t only hire people for the editorial department, but also to "prepare the site for the future," Demori said.

"We hired people to coordinate the newsroom, an audience director, to qualify areas, which we were unable to do before. We built a video studio, because we don't only want more readers, we want to work with several formats. We want to expand the site to be a general broadcaster of journalistic content," he explained.

The money was also invested in moving the newsroom to a bigger and safer building, funding more expensive reporting and defending journalists against lawsuits. With the greater visibility and impact of the site, Demori said, comes a "legal hangover." "We bother more people, we get people to step down from their positions, we make corrupt people lose money... And donations allow us to hold the line against the lawsuits," he said.

How does the campaign work?

The TIB fundraising campaign is carried out through a crowdfunding platform called Catarse. It was a pragmatic decision to fundraise in this way, Araujo said. "Catarse absorbs all the payment structure, issuing bank notes, card administration and customer service that I would not be able to do alone. Obviously Catarse charges for this; it keeps a percentage of the total," she said. 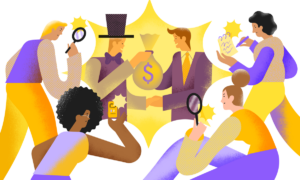 Thus, the amount left for the newsroom is less than $300,000 Reals a month. There is also a normal influx of supporters in and out, which makes this total fluctuate considerably. The influx is due to people’s payments in bank notes being delayed, stolen cards, outdated information on the platform, or subscribers who decide to stop paying for various reasons, Araujo said.

Currently, the average donation for the TIB campaign is $27 Reals ($5.06 USD) per month. The minimum amount is $5 Reals ($0.94 USD), but there are subscribers who donate $500 Reals ($93.62 USD) and up to $1,000 Reals ($187.24 USD) per month, for example. The majority, around 5,000 subscribers, support with $25 Reals ($4.68 USD) per month - and starting from that amount the subscriber gains rewards, such as autographed books, invitations to events, a digital security course and the possibility of being part of a closed Facebook group.

"People highly value this group, because they can directly speak to TIB journalists. Our reporters and editors are committed to dedicating themselves weekly to the group. We try to interact, we tell them about the daily life of the newsroom, we post news ... It is totally informal,” Araujo said.

Since there is a normal fluctuation in the number of supporters, the campaign needs to be continuous, actively searching for donors. TIB does not invest in campaign advertisements, but rather asks for donations in all its communication channels: newsletters, Spotify, social networks and on its website, at the end of each article. It's an intense, full-time job, Araujo said.

At the same time, the entire team strives to be responsive and interact with readers across multiple communication channels. "We are very good at this. Subscribers are used to an open channel, they send story suggestions, ask questions, critique. It is difficult for an email to go unanswered. This is a tremendous concern for us; it seems logical that independent outlets should seek greater proximity with their audience,” she pointed out.

These channels are also used to account for how the money is invested. Through the newsletter, the public can follow the growth of the TIB team and the construction of their video studio.

The fact that TIB is a nonprofit organization helps with fundraising, argued Araujo. "All the money is invested in journalism, no one keeps the profit." For her, the campaign shows that it is possible to do independent journalism in Brazil. "The audience is hungry for this type of high quality journalism, dedication and of public interest. And people are willing to embrace that."