As if the COVID-19 global pandemic and the economic and humanitarian crisis in Venezuela were not enough, journalists in the country are undergoing a new ordeal in early 2021. In January and February, several violations against Venezuelan independent media were reported, in what the organization Reporters Without Borders (RSF, for its acronym in French) called “a new wave of censorship” against the critical press.

In the first months of the year, journalists and media outlets were victims of smear campaigns, attacks and blockades on websites, as well as seizure of goods and equipment.

Journalists and experts consulted by LatAm Journalism Review (LJR) attributed the increase in attacks to a repressive pattern from the government and to the Venezuela's political moment, of the retaking of the National Assembly by those aligned with Chavismo. They also fear the passage of laws aimed at criminalizing journalism and economically stifling independent media. At the same time, they are preparing for a new wave of aggressions and reinforcing security protocols.

“With the beginning of the year 2021 and the installation of the National Assembly on Jan. 5, an orchestrated campaign of stigmatization and harassment against journalists, the media and organizations began [...] in which private media with a pro-government editorial line, official media and State media have actively participated, as well as activists on social networks and high-ranking officials from the government of Nicolás Maduro, including the president himself and Foreign Affairs Minister Jorge Arreaza,” Marianela Balbi, executive director of the Press and Society Institute (IPYS), told LJR.

Many of the violations occurred in a concentrated manner on Jan. 8. On that day, digital outlet TalCual suffered a DDoS [denial of service] attack, which took the site offline. TalCual's editor-in-chief, journalist Víctor Amaya, told LJR that the attack was carried out by servers registered in Switzerland. 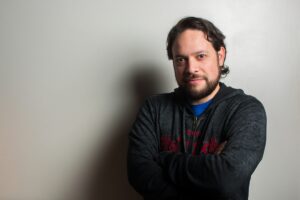 “That does not mean they are in Switzerland, it can be by VPN, whatever. In an instant there were more than 30,000 visits, it passed 100,000, 200,000. And obviously that crashed the server. We managed, after a couple of hours, to put a front end of the site online, to have the brand, but we could not enter to update the content,” he explained. The team spent a few more hours without being able to edit the site, until they solved the problem.

Amaya pointed out that the attacks against TalCual are constant, but often the protection system is able to prevent further damage. A few days after the Jan. 8 attack, TalCual was again the target of an offensive.

“The latter was from servers from CANTV [state-run telephone and internet service provider]. Because Cloudflare tells you where the visits are coming from, and they were registered as from Caracas, as CANTV servers. There were 10,000 requests in one second. It slowed down the site, but it didn't take us off line,” he said.

Reports of blockades by CANTV are common in Venezuela. In February, the internet watchdog VE Sin Filtro warned that the state-owned company had blocked the journalistic website InSight Crime, shortly after the publication of a report on homicides in Latin America.

Editorial director of Efecto Cocuyo, Laura Weffer, told LJR that her outlet suffers constant blockages by CANTV. “I would dare say that all the major digital media have suffered from this block. They block us for a week, stop, and block us again.”

According to an IPYS study, launched in early February, of 30 sites and platforms evaluated, including 25 informational sites, two institutional sites and the social networks Twitter, Instagram and Facebook, all were blocked by public and private providers, CANTV, Movilnet, Digitel and Movistar between the months of December 2020 and January 2021.

In addition to digital restrictions, on Jan. 8 Venezuelan authorities seized cameras, computers, broadcast equipment and documents from the Caracas headquarters of the digital television channel VPITV. The outlet, whose main headquarters is in Miami, employs about 150 people in Venezuela. According to a note from the Committee to Protect Journalists (CPJ), the authorities also ordered the channel to end its operations in the country.

On the same day, in the state of Zulia, the newspaper Panorama, first distributed more than 106 years ago, had to close its headquarters for five days after an inspection by the National Integrated Service of Customs and Tax Administration (Seniat), which alleged violation of tax rules.

These measures were taken while, in the same week, media aligned with Chavismo and government officials accused independent media, such as Efecto Cocuyo, Caraota Digital, El Pitazo and Radio Fe y Alegría, of being "mercenaries of journalism" – at the time, international organizations such as Amnesty International and Human Rights Watch condemned the stigmatization campaigns in a joint statement.

A few days after the accusations, hooded individuals invaded and robbed the headquarters of Radio Fe y Alegría, also on Jan. 8, according to Espacio Público.

Regarding all the attacks, Amaya stated that, whether they are a coordinated action or a coincidence, they “send a message at the beginning of the year about how the government's attitude can be now.”

The offensive against Efecto Cocuyo continued in February. On the 10th, the vice president of the United Socialist Party of Venezuela (PSUV), Diosdado Cabello, considered number two of Chavismo, suggested that the public prosecutor open an investigation against the site, for publishing a Tweet about a report published in the Colombian magazine Semana.

Still in January, the campaign against the media outlet reached its peak when official Twitter accounts shared a video, with symbols from Bolivarian Military Aviation (branch of the Armed Forces), which accused Efecto Cocuyo and others of being "info-mercenaries" and receiving money from the UK to “contribute to the overthrow of the government of Venezuela."

The Inter-American Commission on Human Rights, in a note condemning the attacks, said that “all people have the right to request, receive, and use resources individually or collectively with the express purpose of promoting and protecting human rights and fundamental freedoms by peaceful means.” 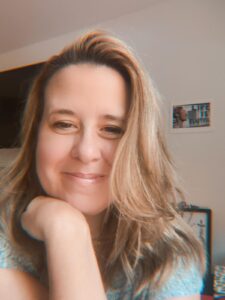 Efecto Cocuyo also issued a statement reinforcing that "no institution or entity conditions or intervenes in its editorial line.” Weffer, the outlet's editorial director, said that these attacks are "recurrent and systematic," but that this case was different because it involved State institutions. “It should be noted that it is not the account of the Ministry of Agriculture, it is very different when you are talking about an account of a military entity.”

The journalist also said the campaign seemed coordinated. “It is not the first time that senior officials have attacked the media, that began on day one with Hugo Chávez, it’s been going on for 20 years. What happened is that this time they used Aviation and it was a very fast and systematic attack, organized.”

Regarding Cabello's threat, Weffer said that these investigations do not usually move forward, but serve to intimidate journalists. “Of course there is a kind of sword of Damocles that you have above your head.”

For Balbi, the first months of 2021 brought "a new facet of attacks, a new pattern of criminalizing independent media," which add to the “violence, arbitrary detentions, limitations on access to information, and judicial processes that occurred in 2020.”

“Although on previous occasions some government spokesmen have referred to this way of discrediting the media for receiving funds from international organizations, now we see it systematically and from spokesmen who are in high positions of authority,” she said. “These mechanisms of control and oppression executed by State authorities towards journalists, media and citizens were the patterns of silencing that most weakened the fundamental freedoms of expression and information in Venezuela.”

Amaya, from TalCual, said that the attacks against Efecto Cocuyo contribute to generating a climate of fear among all media. “The discursive attack on Efecto Cocuyo with the issue of the supposed money they received to overthrow the government, that can extend to other media that might receive some type of international financing. Because in Venezuela most of the digital media work with international funds.”

In addition, Amaya said he has received reports of threats to journalists in the interior of Venezuela and includes Cabello's speech as an additional ingredient in this scenario of intimidation.

“A suggestion from Diosdado Cabello is often taken seriously in this country. That is a criminalization of journalistic work [...]. Indeed we believe that a greater onslaught may come and that we must be much more attentive.”

For Amaya, media outlets are on alert and exchange information to improve safety protocols. He characterized these moments of tension as waves.

“There are times when it goes up, then goes down, but it does not mean that it is over, but that it calms down to return to have another stronger moment.”

Weffer agreed that the repression comes in waves and, therefore, Efecto Cocuyo increased its protection measures. One is to no longer give reports a byline. “If you enter our pages now they are signed as Efecto Cocuyo in general.”

Something similar was done at TalCual. A documentary from the media outlet, which was released in December and took more than a year to make, did not have the name of almost any of the authors. The documentary "La república que tortura" (The republic that tortures) has six episodes and is a source of pride for the team. But only the narrator and illustrator, who live in Miami, appear.

“The documentary is about the torture applied by the Venezuelan security entities. And it has a scriptwriter, editors, direction and none of that was signed. Just to avoid any retaliation,” said Amaya, who said that the lack of identification of the authors made it difficult to apply for awards. In addition to the anonymous texts, the team developed some extra protection measures, such as having a list of contacts to call in case of emergency. 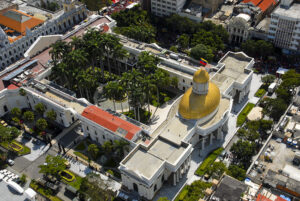 The journalists consulted by LJR agree that this repressive wave is linked to a new political moment, in which Chavismo regained control of the National Assembly, which it had lost in 2015. The legislative elections, held in December, were controversial, since much of it the opposition refused to participate and there was an abstention of more than 80 percent.

For Weffer, of Efecto Cocuyo, when assuming a majority of more than 90 percent of the Assembly, the government no longer finds much resistance to attacking the press.

“Regimes like the one that exist in Venezuela generally disassemble and dismantle political parties, institutions, and then go after civil society,” she said.

Amaya said that, after controlling all institutions of power, the government will focus its attention on the press. "Now the government can act against the only thing that opposes it."

Balbi, from IPYS, said that the repressive wave "sets the stage" for the creation of laws that limit freedom of association, as well as the right to receive resources from abroad.

Amaya believes that this is a real risk. He fears the passing of laws against NGOs and the press, as has happened in Nicaragua.

“What is expected is that two legal paths could come from this Assembly, one is to propose the law of the exercise of journalism, with additional reforms, and the other is to make a law of foreign agents, to register those who receive international funds and that would also include media,” he said.