Young people in developing countries consume news from social media on cell phones, but have a strong mistrust of it, according to study

In general, young people consume news from their smartphones, where algorithms of social networks and other news aggregators select content for them, according to a recent study. Further, young people no longer have a direct relationship as an audience with traditional media. Despite this, they have a mistrust of news on the internet.

A total of 138 young people between the ages of 18 and 35, from Colombia, Mexico, Thailand, Indonesia, Ghana and Nigeria, responded to surveys for a study by the Center for International Media Assistance (CIMA). The objective was to inquire about news consumption habits and the use of new technologies in young audiences in low- and middle-income countries. 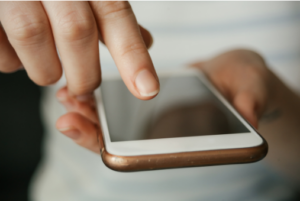 “When we began developing the methodology for this project, we looked across the field to see what existing research had been conducted and where there were gaps in existing research”, Ayden Férdeline, who led the CIMA study, told LatAm Journalism Review (LJR). “We identified a scarcity of research into the media consumption practices, desires, and expectations of youth outside of a few relatively wealthy countries.”

According to the study, at a global level, the space that independent media have in the media ecosystem is increasingly reduced. And this is even more serious in developing countries, where the media market is often captured by powerful companies or political interests, among other factors such as increasing restrictions on freedom of expression.

“As a pilot study, we conducted an online questionnaire in six countries across three regions to experiment with how a wider, more expansive piece of research would be able to gather useful, universal trends while simultaneously capturing local cultural contexts, conditions, and values,” Férdeline said.

Although the study is not considered representative due to its small sample, it maintains that its findings can serve as some kind of reference to understand how young audiences approach the news from the use of new technologies.

In five boxes, the research summarizes these changes in the trends of access to news by young people and the redefinition of their relationship with the news media.

In the first table, it concludes that the smartphone is the preferred medium, over television and radio, with which the young people surveyed access the news (61%). In the study countries, it is the cellular network operator that usually preconfigures applications on smartphones that display headlines and brief news summaries from various information sources it chooses.

The second table shows that social networks are the predominant means by which the young people surveyed access the news. In Latin America, both Mexico and Colombia present this change in trend in the relationship between the media and the audience, according to the report.

For 51 percent of those surveyed, it is the social media algorithms and not an editor that curates the news. In Colombia and Mexico, around 60 percent of those surveyed use social networks as their main source of news, and close to 5 percent continue to use television, radio and print newspapers, and just over 30 percent directly visit digital pages or media applications.

Between 2014 and 2020, according to the report on 2020 digital news from the Reuters Institute, there is a sustained and growing record of the use of smartphones and social networks to access the news in various countries of the world, and Latin America is no exception.

According to the CIMA study, these platforms are increasingly becoming the space where news, entertainment and social interaction can be found in one place. The priority in the order of the news on smartphones and on social networks is usually chronological and undifferentiated in their content or they respond to algorithmic logics, according to the report.

News for young people is usually “incidental” on social networks – they find it, they do not look for it, as indicated by a 2017 academic report mentioned in the CIMA study that was published by Pablo Boczkowski, Eugenia Mitchelsen and Mora Matassi in 2017.

Despite this incidence, it seems that young people do not consume the news without distrusting it. Eighty-three percent of those surveyed said they mistrust the veracity of the news found on the internet. In its third table, the study shows that much of this mistrust in young people is due to the fact that they are aware of the ability of social networks to massively spread false information and harmful content.

In its fourth box, the study argues that video as a format is not enough to reach young people as an audience, despite what platforms such as YouTube, Instagram and TikTok suggest. Only 28 percent of those surveyed said they consumed news videos. Young people in the countries consulted by this study tend to prefer to use formats that involve less consumption of mobile data, that is, they do not incur a high cost.

In this sense, 48 percent of those surveyed consume the news that has mostly text, and a lower percentage opens the news that contains only video (28%) or a mixture of text with video (24%). The aforementioned Reuters Institute report also noted in this regard that young people between 18 and 24 mainly consume digital news in text format.

In the fifth and last box, the study indicates that 69 percent of young people do not consider that the traditional media cover topics of interest and therefore prefer to access various sources of information. This indicates, according to the study, an important change in the relationship between the young audience and the established media.

In summary, the study indicates that although young people no longer have a direct relationship with the media and now have greater control over the news content they decide to consume on social networks, this makes them more vulnerable to disinformation. And because these platforms provide them with content of all kinds and from different sources of information, these platforms dominate the advertising market for ads, to the detriment of the sustainability of independent media.

In addition, social networks can hide or give great resonance to a particular story, whether or not its content responds to the interests of advertisers or different interest groups.

To gain greater perspective on the topic, Férdeline said that the media development community can play an important role in stimulating, facilitating and sponsoring additional research.