*This story has been updated to correct information about OCCRP's role in the report.

For more than four months, 19 Ecuadorian and Colombian journalists from different media, along with national and international organizations, followed the tracks of three press colleagues abducted and murdered on the border between the two countries earlier this year. 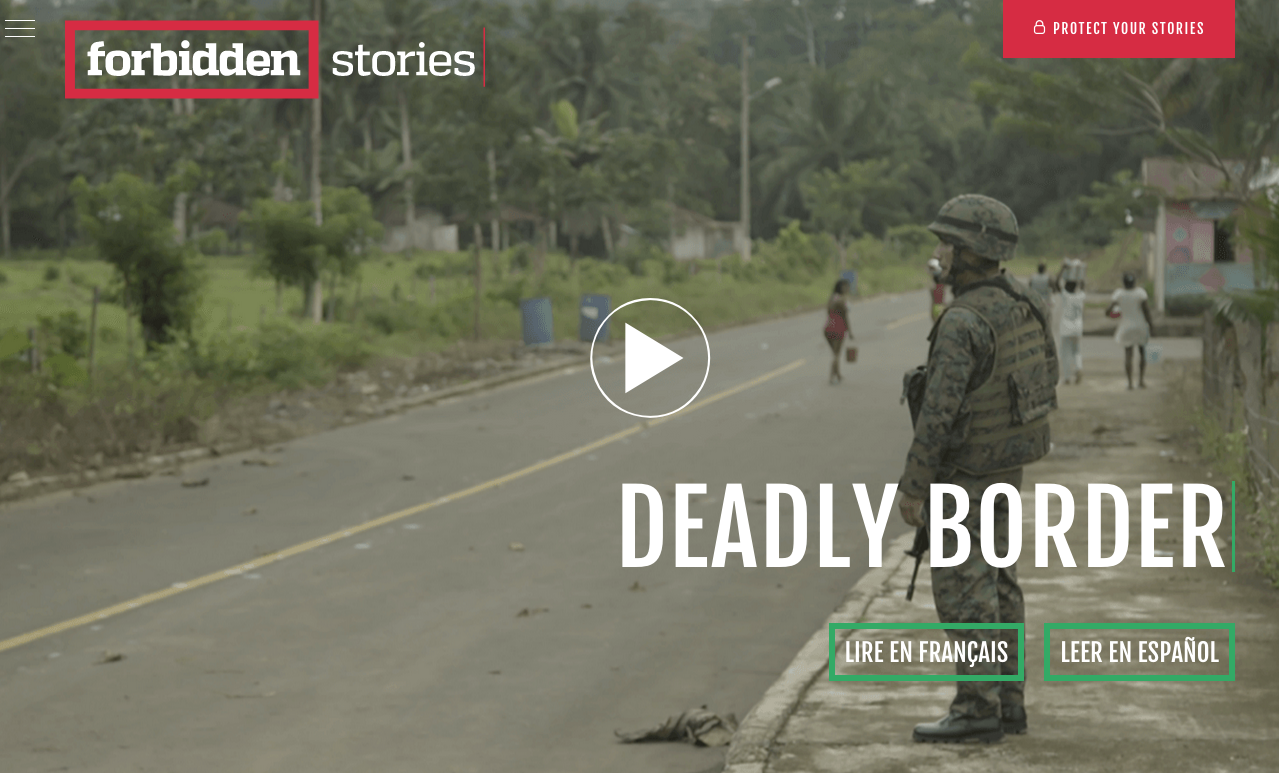 For the in-depth report “Deadly Border,” the journalists looked into the lives of Javier Ortega, Paul Rivas and Efraín Segarra, the two journalists and driver from newspaper El Comercio of Ecuador taken on March 26 of this year and later killed by a dissident group of the FARC. They wanted to find out the reasons and circumstances that led to the events to better understand what happened with their colleagues.

The report was published worldwide in Spanish, English and French on Oct. 24, almost six months after Ecuadorian President Lenín Moreno officially announced the deaths of the three press workers on April 13.

It also releases some findings that were not made public until its publication. One of the most important is that they discovered that on March 28 there was a planned rescue operation for the journalists that was coordinated between the Ecuadorian government, the armed forces and FARC dissident group. The operation was never completed as the journalists never appeared.

Isabela Ponce, one of the journalists of the Ecuadorian collective Periodistas Sin Cadenas that participated in the report, told the Knight Center that "Deadly Border" emerged as an initiative of journalists and organizations in Ecuador and Colombia in the face of the secrecy with which their governments acted with respect to the abductions.

The versions of the abductions that the governments of both governments gave were obscuring the importance of the work of the journalists, omitting data and giving information that was not very transparent, said Jonathan Bock of the Foundation for Press Freedom (FLIP, for its initials in Spanish) of Colombia, to the Knight Center.

FLIP, La Liga contra el Silencio, Verdad Abierta and the Organized Crime and Corruption Reporting Project (OCCRP) were the organizations and media that joined the Colombian side. OCCRP helped with the definition of the topics, editorial coordination, financial support and the supply of platforms for the exchange of files in a secure manner. In Ecuador, it was Fundamedios and 10 journalists from various media that created the collective Periodistas Sin Cadenas.

According to Ponce, the Ecuadorian journalists formed the collective after the deaths of the abducted journalists, feeling very unprotected by the State and the traditional media in carrying out their work.

They also came together to "keep telling the truth," Ponce said, referring to the fact that with the report they made a first attempt to continue the investigative work that Ortega had started a year ago in that border area. 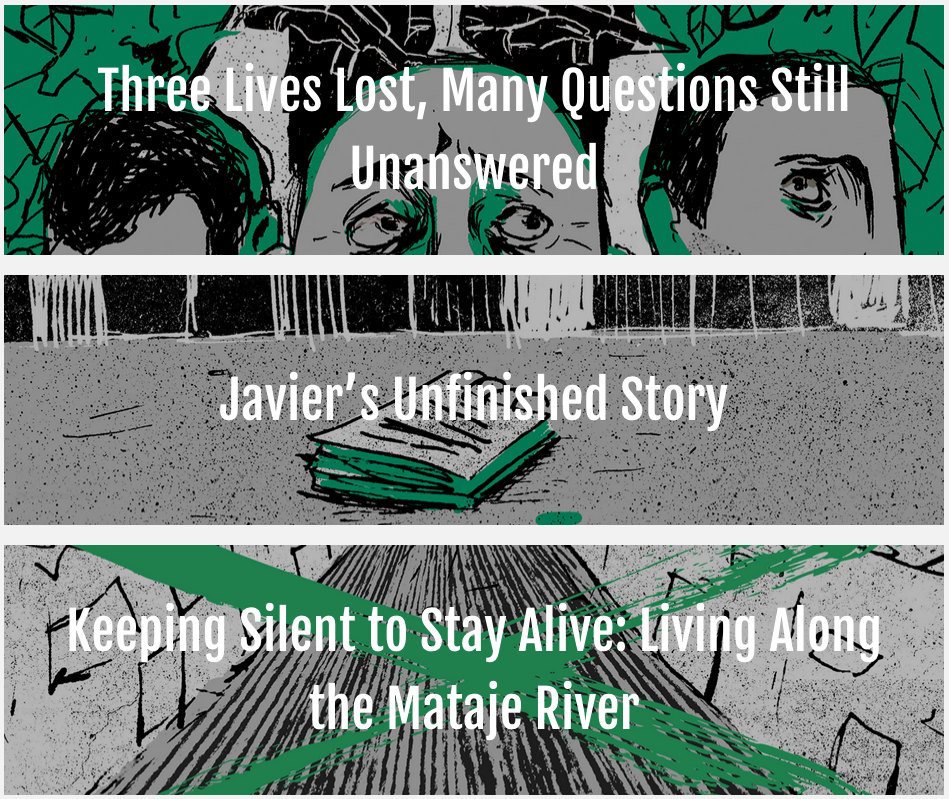 According to Bock, that small border area between Ecuador and Colombia that is divided in part and naturally by the Mataje River, is one of the most militarized in South America, with the presence of "more than 18 thousand military agents from both countries.”

According to Bock and Ponce, the journalistic notebooks that Ortega had in his house, about his past visits to the Esmeralda province, contained information about alleged links between the police forces and the guerrilla groups dedicated to drug trafficking that control that area.

In "Deadly Border" the journalists developed four main themes: the reconstruction of the abduction and subsequent assassination of Ortega, Rivas and Segarra; the continuation of the report that Ortega was doing in the border area for a year; the reality of a border area abandoned by both States; and its high militarization and predominance of dissident groups of the FARC.

Among them is the dissident group Frente Óliver Sinisterra, commanded by Walther Arizala, alias "Guacho," who allegedly abducted and executed the three workers from El Comercio after negotiations with the Ecuadorian government failed.

Before the fatal outcome, when the journalists were abducted and still alive, Ponce contacted Forbidden Stories to seek its support. It is a project of the non-profit journalistic organization Freedom Voices Network, whose purpose is to continue telling the stories of murdered journalists.

After the deaths of the journalists, the international organization joined the collaborative effort to participate in the project with economic, logistical and dissemination support. They also made some documentary videos and texts for broadcast in English- and French-language media.

With this first installment of the report, Ponce said, they set out to answer several of the questions that the (Ecuadorian) State never answered.

"They did not want to answer most interviews, there is still a very big silence," she said. The Ecuadorian journalist and deputy editor of the site GK City announced that they will publish more information on the subject eventually, in other installments, in order to continue honoring the memory of their colleagues.

"Where spaces for journalism are closed, there must be more journalism," FLIP’s Bock said regarding another of the important motivations that this binational journalism group had as the main motivation to carry out this work.

In addition to the texts, the report contains videos, illustrations, maps and an interactive timeline. One of these pieces tries to reproduce the journalists’ journey before their abduction. There are also small interviews that portray the inhabitants of the area, which are presented in the report through photographs with audio 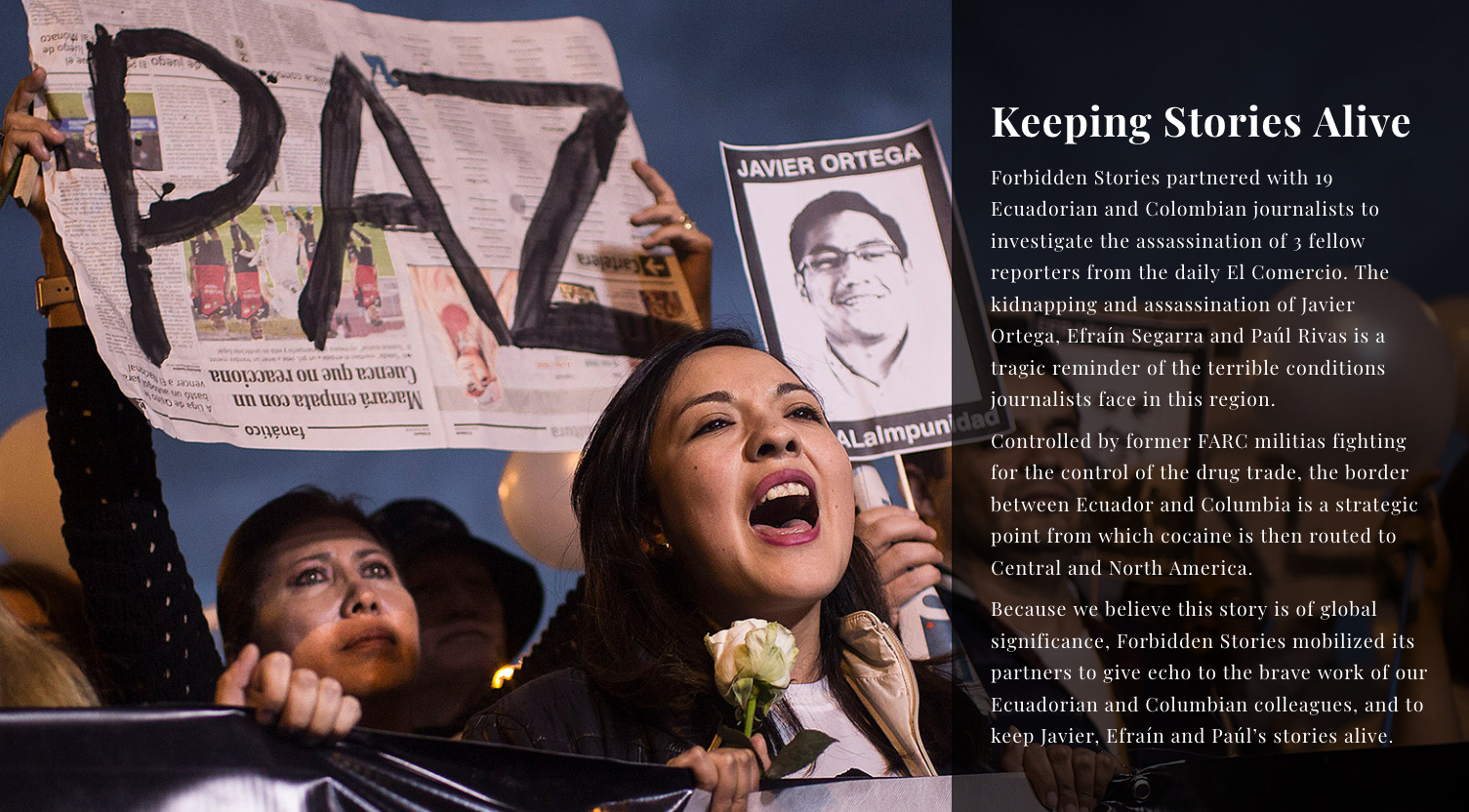