Can a politician who holds an important public office block a journalist on social media? This is an urgent debate for the Brazilian Association of Investigative Journalism (Abraji). In a recent survey, the group identified at least 174 cases of journalists being blocked by Brazilian authorities on Twitter between 2014 and 2021.

The restriction of access to profiles of politicians with public positions, such as the president, ministers, deputies and senators, affects 88 journalists in the country (the same person can be blocked by several authorities). Among the cases evaluated, President Jair Bolsonaro is the champion of blocking: there are 50 cases. 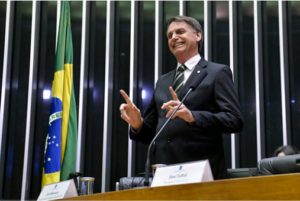 Abraji started monitoring cases in September 2020, with funding from the Open Society Foundations. The project continues until August 2021, but Abraji intends to seek new resources to continue the work.

In general, the cases recorded pertain to personal accounts of authorities – but Abraji identified a block against journalist Cecilia Olliveira made by the official profile of the Military Police of the State of Rio de Janeiro. Olliveira is also the executive director of the Fogo Cruzado Institute, which gathers data on armed violence.

"After questioning the reason via the Access to Information Law, [the journalist] was unblocked," Mirella Cordeiro, in charge of Abraji’s monitoring, told LatAm Journalism Review (LJR).

Olliveira is currently blocked by seven authorities, including President Bolsonaro and his sons, Councilman Carlos Bolsonaro and Federal Deputy Eduardo Bolsonaro, as well as ministers and secretaries. To circumvent this ban, the journalist needs to open other Twitter accounts to access the content published by these profiles.

"Public transparency should be the rule, but that is not the case. The public profiles of authorities, where they report activities they carry out in their positions, are like a podium, a press conference. To prevent access is to prevent the professional activity of the journalist. And preventing journalistic work is incompatible with democracy," Olliveira told LJR.

According to Abraji’s legal advisor, Letícia Kleim, the blockings of journalists are part of a broader context of restrictions on access to information and transparency in the country and are "another of several threats and violations of these rights.”

"These are practices that contribute to a less transparent and less participatory, and therefore less democratic, civic space. On the one hand, access to information must extend to the digital environment and social networks, especially in the case of accounts that publish official information on their websites. And, on the other hand, maximum accessibility and transparency are necessary, both for journalism to exercise its role of informing, and for the population as a whole, for the control and monitoring of the measures taken by those in power," she told LJR.

Blockings on Twitter can be circumvented in everyday life: journalists can see the published information if they access the profiles without logging into the platform, for example, but this prevents any interaction. Despite being easily circumvented, these blockings contribute to this context of violations, Kleim said.

"Even on social networks, there are more serious forms of persecutions, threats and harassment that create obstacles for the exercise of journalistic work. Blockings on Twitter and other social networks contribute to diagnosing a general picture of restrictions on the Internet, with measures to prevent or limit freedom of expression and of the press on the network,” she said.

Kleim reinforced that there is a legal discussion on the subject in Brazil and other countries. In the United States, the judiciary banned then-President Donald Trump from blocking followers on the platform in 2019. The practice was considered unconstitutional.

In Brazil, there is currently no law that regulates this point and, for this reason, Abraji defends the adoption of a legislative rule that serves as a parameter for these cases.

"As the politician uses his social networks for professional, and not personal, purposes to publicize the actions he performs due to his public office, the information conveyed there must be under the scrutiny of the population. In this sense, for the security of journalists, so that they are not prevented from exercising their right to information, we consider positive the legislative initiatives that seek to establish this obligation or prohibition of politicians," Kleim said.

One of the objectives of Abraji's monitoring includes trying to influence parliamentarians to discuss legislation on the topic. Bill 2630/2020, known as the bill for fake news, still pending in Congress, considers the profiles of several executive and legislative authorities to be in the public interest, which would prevent blockings. But the bill has a number of controversial points. For this reason, 47 organizations – including Abraji – came forward in a joint letter asking for the vote on the project to be postponed.

In the latest survey published on the blockings, the association listed some of the measures that journalists can take if they are victims of these restrictions, such as legal and administrative actions and the use of the Access to Information Law.