11 laws and bills against disinformation in Latin America carry fines, prison and censorship

As in the rest of the world, in Latin America, disinformation and fake news on the Internet spread rapidly and cause social damage, impacting public policies and electoral processes, among other harm. As a result, several governments and legislators on the continent have proposed and approved laws to curb them, including the imposition of prison sentences.

Although regulation of large digital platforms is a worldwide trend, as recent examples from the United States and the European Union show, there is a concern that specific laws that hold individuals responsible for the circulation of disinformation could be used to target political opponents and journalists.

An October resolution from the Inter American Press Association (IAPA) recently condemned proposals to criminalize fake news. The organization calls on governments to abandon such bills on the continent. 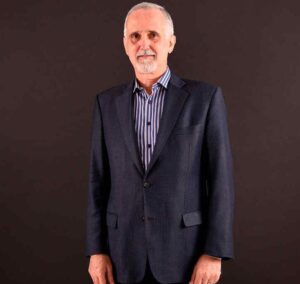 Carlos Jornet (IAPA): the commendable purpose of regulating disinformation can hide other objectives and lead to censorship. Photo: Courtesy

“Behind projects that present themselves with the praiseworthy purpose of avoiding this danger, other objectives, which lean toward censorship or self-censorship, are usually hidden, to neutralize investigative journalism or to silence opponents,” Carlos Jornet, chairman of the IAPA Press Freedom Commission, told LatAm Journalism Review (LJR).

In 2005, Venezuela included in its Penal Code a law that criminalizes the dissemination of false information. With the rise of authoritarianism in the country, it became one more instrument of the Hugo Chávez and Nicolás Maduro regimes against independent journalism.

In 2020, Nicaragua's digital crime law generated a wave of criticism from press freedom advocacy organizations. Nicaraguan journalist Wilfredo Miranda, who writes for El País and Divergentes, said the government intends, with this law, to silence critical voices and independent journalism.

“The government decides what is false news and can issue a prison sentence or a fine against a journalist. (...) [it creates] a legal staging to its narrative to disqualify the media and journalists, accusing us of promoting false news,” Miranda told LJR.

UN disinformation specialist Matias Ponce believes that any proposal to regulate and curb disinformation needs to be made through a system independent of political power, with clear rules, checks and balances, “so that this does not end up being persecution of the press.” He recognizes the difficulty in designing a system of this magnitude: 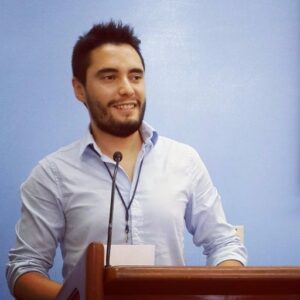 Matías Ponce (UN): It is difficult to regulate without falling into censorship. Photo: Courtesy

“There is, as we say in Spanish, the one who puts the bell on the cat, that is, who will regulate these if not even the governments of the U.S. and the EU have regulated the platforms of social networks," Ponce, who is author of Fakecracia, told LJR. “I think it is very complicated for the minor countries in terms of global power, as in the countries of Latin America, to really regulate within their country and do so without falling into censorship.”

In October 2020, the Argentine government launched the Observatory of disinformation and symbolic violence on digital media and platforms (NODIO, for its acronym in Spanish) with the objective of "protecting citizens from false, malicious and fallacious news" circulating on the internet.

The creation of NODIO generated criticism for being linked to the Public Defender's Office, which in turn is a body created by the Media Law, which regulates media outlets in Argentina.

In response, NODIO said it will carry out qualitative and quantitative research on symbolic violence and malicious news already broadcast. "There is no intention to exercise, control or supervise press work, activities incompatible with the functions of the Public Defender's Office."

The bill that creates the Brazilian Law on Freedom, Responsibility and Transparency on the Internet was approved in the Senate in July and is currently being discussed in the Chamber, where another 50 bills dealing with the issue.

The so-called “Fake News Law” explicitly excludes journalistic companies from its scope. The bill is opposed by President Jair Bolsonaro, who threatens to veto it if it passes Congress.

The objective of the law is to combat the spread of false information on the internet by regulating social networking platforms, such as Facebook and Twitter, and private messaging services, such as WhatsApp, making these providers responsible for combating disinformation.

Popularly called the “Fake News Law,” the proposal provides for the identification of users and automated accounts (robots), in addition to requiring greater clarity on sponsored content.

At least three bills that regulate and punish the spread of disinformation on the Internet are being debated by the Chilean Chamber of Deputies.

One of them adds to the Penal Code the crime of “spreading false news that disturbs the social order or causes panic in the population,” with a prison sentence.

Another, inspired by the COVID-19 pandemic, prescribes a penalty of up to US $14,000 for those who propagate “through social networks or other media outlets, false news aimed at harming the work of the authorities in periods of the health crisis.”

A third initiative calls for a prison sentence and a fine of up to US $7,000 for anyone who spreads "accusations, allegations or news that refer to facts that could alter the sincerity of the electoral process."

Colombia's electoral reform proposal intended to classify as "political violence,” and therefore prohibited, the disclosure of "false or insulting news (...) through propaganda or publicity regulated in the current code.” The passage was removed from the bill after social pressure against what was classified as "a ban on speaking ill of politicians."

The initiative is the latest in a series of other legislative proposals with the same theme in the country. Like, for example, the 2017 bill that wanted to ban the creation of anonymous profiles on social networks to “spread fake news that can cause confusion or panic in the population,” but it was shelved.

A proposal pending since March 2020 aims to add to the Penal Code a maximum penalty of up to five years in detention for those who, "in announcing disasters, accidents or non-existent dangers, raise alarm among authorities or private persons." 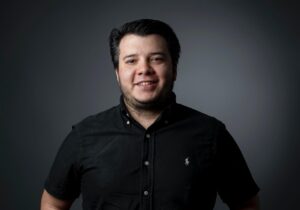 Wilfredo Miranda, journalist from Nicaragua: the imminent implementation of the law of digital crimes will lead to the silence of journalists. Photo: Courtesy

In October 2020, the Nicaraguan Parliament passed the law against digital crimes "committed through information and communication technologies," which was supported by President Daniel Ortega.

In addition to crimes such as data theft, digital espionage and hacking, the legislation criminalizes the disclosure of false information on the Internet, a crime that provides for a penalty of two to five years in prison, which can reach eight in case of aggravation. The new legislation goes into effect in 2021 and worries journalists in the country.

“I think that is the dilemma that some journalism colleagues will have. There are those who will remain silent to avoid prison because there are penalties of some eight years for publishing leaks (...) In my case, I am not going to be silent, but it is a decision that each person must make if they are going to continue doing journalism if they are not going to shut up before the clear threat of this gag,” Miranda said.

A proposal currently under discussion in the National Electoral Reform Commission of Panama creates sentences of 1 to 2 years in prison for anyone who discloses disinformation "harmful to any electoral process or to the services provided by the Electoral Court.”

In October 2020, a group of deputies introduced a bill to prohibit the spread of false news such as election propaganda. The change in the organic law of elections seeks a minimum prison term of 2 years for those who consciously disclose “in a deliberate, artificial, automated and/or massive way through a massive communication channel or social network.”

A March 2020 bill intended to curb the spread of false information during the COVID-19 pandemic. The original text prescribed a fine for anyone who “willfully or maliciously disseminates, by any means, false information that generates panic in the population, linked to an epidemiological alert, or a health emergency declaration."

“This article of the law, under the pretext of fighting against disinformation or false information, can generate a setback in regard to fundamental rights of people and especially puts freedom of expression at risk,” argued Maricarmen Sequera, executive director of the ONG TEDIC, on the organization’s blog. TEDIC develops open civic technology and defends digital rights for a free culture on the Internet.

After criticism, the bill was withdrawn by its author.

In 2018, a proposal to criminalize electoral disinformation prescribed up to four years in prison. The scope was broad, including "written words, songs, symbols, images, recordings or videos, which deceive voters."

The bill did not go ahead, but political parties signed a pact against fake news in the 2019 election campaign, after an initiative by the Uruguayan Press Association (APU).

“If there is something more dangerous than false news that circulates with amazing ease on networks, and that so many people take as true, it is a law that punishes its dissemination. No matter how a law of this type is designed, it will inevitably be used arbitrarily and will end up being a flagrant attack on freedom of expression,” wrote journalism Professor Tomás Linn, of the Catholic University of Uruguay.

Venezuela: Pioneer in the worst sense

Venezuela is a pioneer in Latin America in the criminalization of false news. The reform of the Penal Code in 2005 introduced article 297-A, which punishes with up to five years in prison individuals who “divulge, in any medium, false information that causes panic.”

Based on this article, for example, journalists covering the country's COVID-19 pandemic were arrested after publishing information on coronavirus cases. Venezuela, first under Hugo Chávez and then Nicolás Maduro, became the country that most incarcerates journalists in Latin America.