Collaboration, training and information: Network brings together Black journalists in search of greater representation in communications

This observation is made by Marcelle Chagas, founder and coordinator of Rede de Jornalistas pela Diversidade na Comunicação (Network of Journalists for Diversity in Communication), whose mission is to increase the representation of Black professionals in the Brazilian media. Formed in 2018, initially through a group on WhatsApp to share job opportunities among Black journalists, the network evolved to establish partnerships with human resources companies and international organizations. Today, it has a database of more than 200 journalists who receive free mentoring and are referred to openings in companies and other institutions.

“The lack of plurality within the media was already noticeable. Throughout my professional career, I could see that the lack of professionals from other ethnicities in the newsrooms represented a silencing of other narratives and perspectives that could provide a better connection with the Brazilian population,” Chagas told LatAm Journalism Review (LJR). "Now, during the pandemic, these journalists suffer more." 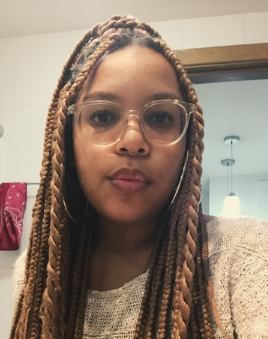 Thamara Abreu: found a job opening as a video editor in an educational channel thanks to the network. Photo: Courtesy.

One of those impacted is Thamara Abreu, who became unemployed as soon as cities began to close as a result of COVID-19. She had just arrived in Rio de Janeiro after living in Brasília for ten years. Thanks to an opening announced by the network, she signed up for a selection process for Canal Futura, with an educational focus, and since December she has been working as a video editor.

"I arrived in Rio not knowing how things were going to happen and the group gave me support in this regard, because there is conversation, there is a support network and we feel welcomed because they are Black people who are wanting space in places that are mostly white,” Abreu told LJR. 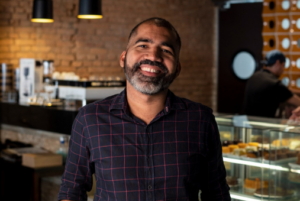 Renato Costa: the journalist was hired to write a report for an NGO. Photo: Courtesy

Many of the opportunities advertised to members of the network are aimed specifically at Black journalists, but there are also those aimed at the general public. It was in one of these that freelance journalist Renato Costa was hired to produce a report for SOS Mata Atlântica, an NGO working on the environment.

“The notice for this opportunity appeared in the [online] group, I signed up to compete and I was chosen. The notice didn't have anything that specified it was for Black people, I won for having presented the best proposal,” Costa told LJR.

Journalist Sandra Roza uses her own difficulty in placing herself in the job market to design the network's partnerships to expand the hiring of Black journalists. Born in the city of Mariana, in the interior of the state of Minas Gerais, she knows that the distance from big cities is an additional complicating factor in the fight for job openings. At the network, she is responsible for contacting companies and other organizations interested in expanding the diversity of their staff of communication professionals. 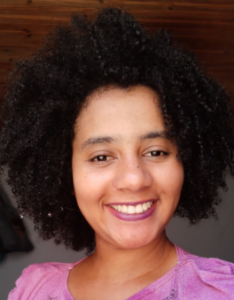 Sandra Roza: Working with the network is on a volunteer basis. Photo: Courtesy.

“I work with diversity and inclusion in companies so that they understand the need to open up opportunities and attract talent from more diverse backgrounds,” she told LJR. "Our work at the network is on a volunteer basis, but we are looking for ways to finance it to expand our capabilities.”

Even without pay, Roza developed a mentoring program for Black journalism professionals and representatives of other marginalized groups. The first group of mentoring ends in August, in a partnership with a human resources consultancy that also manages the bank of job openings and professionals.

“Most of the network's participants are from peripheral areas and the interior, which is often used by employers as a justification for the lack of representation,” Chagas said. “In this training, our objective is for Black journalists to develop technical and behavioral skills in order to be able to reduce inequality in selection processes.”

To reinforce the need to increase the representation among journalism professionals, the Network of Journalists for Diversity in Communication is carrying out a survey on gender and race in the newsrooms of the three largest traditional newspapers in Brazil: Folha, O Globo and Estadão. The idea is to understand the size of the problem in order to devise strategies to face it more efficiently. 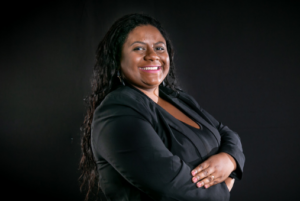 Marcelle Chagas: coordinator of the Network of Journalists for Diversity. Photo: Courtesy

“This ends up reflecting the final product of journalism. And in Brazil, 50 percent of the population is Black,” recalls Chagas, adding that this research was one of the motivations that led her to create the network.

Since then, the subject has been treated more seriously. In 2019, for example, Folha created an unprecedented diversity editor position to ensure more balance and representation in the choice of sources and specialists heard by the newspaper's reporters.

The new edition of the study is in the data collection phase, with no deadline for completion, yet. At the same time, the network invests in exchange experiences with journalists from other countries, integrating the coalition of journalists of the African diaspora.

“We took this opportunity to strengthen the conversation with journalists from other countries. We have an event for November this year on the new paths of the African diaspora in Brazil, in order to discuss more plural communication and show what we have been doing in the country and understand what is being done abroad to encourage the exchange of ideas,” Chagas said.

When she was still in college, journalist Gabriela Anastácia heard from a television journalism professor that she would need to straighten her hair if she wanted to work on TV. This, in part, discouraged her from trying for television spots. A member of the network, she is aware of the impact that discourses like this have on Black and Indigenous communication professionals. 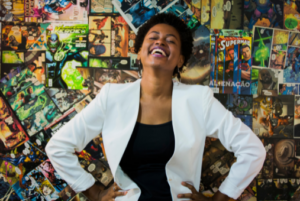 Gabriela Anastácia: “We are not alone.” Photo: Valda Nogueira (in memorium)

“Everyone who is in college wants to work! If a teacher tells you something like that, you may end up subjecting yourself to it to gain space in the job market, which is not right,” Anastácia told LJR.

Through the network, she got a place to work in the legal sector, where she can apply her expertise in data and social networks.

“When we perceive ourselves and understand ourselves as Black, it is liberating, because we want more than to fit in, we want our space. Being in a group with Black journalists makes us understand that we are not alone.”