With new diversity editor, Brazil’s Folha plans to expand the variety of voices and stories told by the newspaper

Upon taking the position of new director and CEO of the Ethical Journalism Network last April, journalist Hannah Storm argued that it is only possible to build truly ethical journalism if gender is on the agenda and in practice in newsrooms with the aim of advancing equality between women and men.

This observation has been echoed in newsrooms around the world in recent years, as in the U.S. newspaper The New York Times, the Spanish newspaper El País, the British news agency BBC and now in Brazil’s Folha de S. Paulo, which in early May announced the creation of the position of editor of diversity at the newspaper.

But while the initiatives of the NYT, El País and BBC focus on promoting gender balance in their teams and in the content they produce, Folha decided to embrace the challenge of "reflecting the variety of social life in Brazil," according to the newspaper, which had the largest circulation in the country, with 332 thousand copies (print and digital) in March, according to the Instituto Verificador de Circulação (IVC).

The newspaper’s editor-in-chief, Sérgio Dávila, told the Knight Center that he had detected the need for the newspaper to have a person to deal with the issue for more than a year. Such a need was evident, according to him, when the most recent survey on the newspaper's readership profile, carried out at the end of 2017, found a decrease in the percentage of Folha's women readers (the newspaper does not share specific data about its readers). 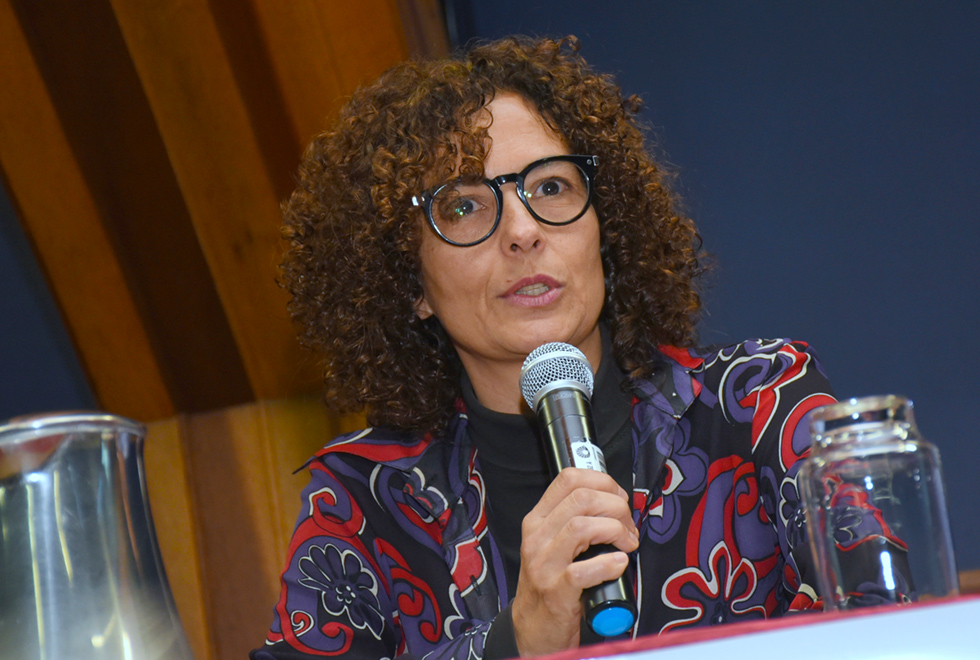 Paula Cesarino Costa, who was the newspaper's ombudsman between April 2016 and May 2019, was chosen to occupy the new post. She has worked for Folha since 1987 and was director of the newspaper’s branch in Rio de Janeiro and newsroom secretary.

"During my three years as an ombudsman, that was one of my concerns," Costa told the Knight Center. "In several columns and in the daily internal criticisms that I did for the newsroom, I pointed out a few moments in which I found that there was a lack of diversity, taking into account that this is increasingly fundamental for today and today's journalism."

In addition to paying attention to the subject, Davila said, Costa "has been in house for more than 30 years and knows what Folha is all about, so having a clear picture of the newspaper’s history makes it easier to help change. Taking these factors into account, I think she was the ideal person to be the first occupant of the post."

The editorial area of diversity is "horizontal," Dávila explained, and Costa will be free to get involved and act in all the newspaper's editorial areas.

"She is an editor whose team is the entire newspaper, the 300 journalists who work at Folha. She has influence over all of them," he said. "She participates in the morning meeting, which defines the next day’s print version; in the weekly meetings, that we have to discuss the main issues of the coming week; and in special product meetings. So she has open access to the whole production process of the newspaper."

Although Folha does not have an up-to-date census of its reporters, Dávila said that women and men are represented equally among its journalists, "with a slight predominance of women."

But if gender distribution "is not a problem" at the newspaper, in a country where 55.8 percent of the population is black, "the question of race is" with white people disproportionately represented, he said. "[Ethnic-racial] minorities are still minorities in Folha's newsroom and I do not need the census to say it, just walk through the newsroom."

The mapping of Folha's newsroom is one of Costa's first tasks as editor of diversity. "The base of everything has to be, first, the survey of what the paper is today," she said. "From the profile of the team, who are the Folha journalists, where do they come from, what is their formation; how is the division and who are the columnists: how many are black, white, men, women, how many are from São Paulo. The census is essential because otherwise it is very difficult to create a goal."

The diversity in the newsroom is important so that the diverse life experiences of the reporters are reflected in journalistic production, Davila said.

"We, journalists, tend to be – at least those of us in mainstream Brazilian media – members of the middle or upper middle class, who live in the expanded center of São Paulo, in the case of São Paulo journalism. It is a repertoire of experiences and coexistence and personal relationships that lies within a bubble. I want people to pierce this bubble also in terms of economic, housing, professional experience, student background," he said.

The idea is that by popping this bubble, the newspaper can "talk more and listen more to people who live on the periphery of São Paulo, for example," he said. "The majority of the population of São Paulo does not live in the expanded center, but in the fringes, and I think those fringes are not really arriving at the newspaper as a topic.”

Another important analysis will be to understand who are the sources heard from for the newspaper’s reports, since "it is no use changing who does and who writes, if you do not change who is heard in the making of the stories," Davila said.

"I do not say that it is a prejudice of the journalist, but because there is a predominance in itself, and that is historical in society, of always listening to the academic specialist, white, heterosexual," he said. "It's almost by default: when you think of a subject, you think of calling Dr. So-and-so, and that doctor is certainly a man and white. So she's also starting to work on this, which is perhaps one of the most important things.”

Costa said she has received many positive responses since the announcement. "It's something that brought a lot of excitement inside and outside the newspaper. I got a lot of messages from people saying 'yay, that’s great'; people from inside the newspaper who gave me suggestions, as well as interested outsiders. You can see that it is indeed an urgent matter," she said.

The new editor also said she had been looking for content and had heard from a lot of people inside and outside the newspaper on the theme of diversity, to format her work in the new post.

"In several newspapers around the world there are experiences with editorial areas for gender, they will be very useful for us. But the problem is to expand, because in a way it is simpler to make a program of action on gender alone,” she said. “As we want to extend the question also to race, location, religion and others, it is a little more complex, that we will have to learn and devise.”

*This story was updated to correct information on Folha's circulation numbers.