Brazilian media literacy and anti-disinformation projects decided to leave newsrooms and seek allies outside the journalistic bubble, with courses for digital influencers, teachers and students, employees of the Judiciary and companies in the most varied sectors, from banks to health plans.

Many of these projects, which have emerged in recent years, start from the basis that it is urgent to bring other actors into this debate. They are proposals that complement the work of debunking false news, commonly done by fact-checking, and act in the training of those who consume, disseminate or produce content.

Thus, Redes Cordiais (Friendly Networks) emerged in mid-2018, a media literacy project aimed at digital influencers. The idea came from a conversation between the three founders, journalists Alana Rizzo, Clara Becker and Guilherme Amado. They were, in Rizzo's words, "distressed by the escalation of disinformation and hatred in the pre-election period,” and started thinking about what they could do, as journalists.

"We saw a lot of projects that spoke to the same traditional stakeholders, as happens a little with fact-checking. We wanted to bring people from outside this bubble," Rizzo told the Knight Center. 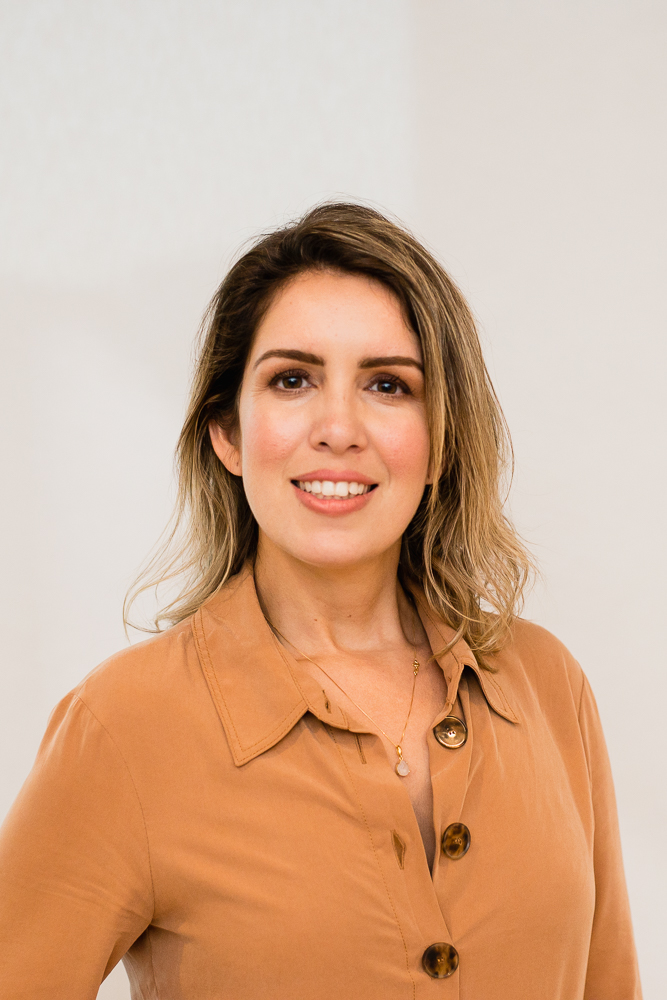 According to her, many digital influencers are able to communicate with different niches. "They form the group with the greatest reach and impact today. They are digital natives and understand this environment like no one else, but they were out of this fight against hate speech and disinformation,” she said.

Since its creation, Redes Cordiais has held workshops in five cities and trained 136 influencers, who together have more than 66 million followers. Some of them are celebrities like Paolla Oliveira and Fernanda Lima, or politicians like federal congressman Alessandro Molon, but the profiles are varied. "We try to bring influencers from very plural networks, from TikTok to Twitter, and who speak to different groups. We take people from the right, left, a blogger on fashion, on maternity issues, on literature, on feminism. We don't avoid any controversial topic or person,” she stated.

For Redes Cordiais, the definition of an influencer is not limited to the number of followers. The project also wants to reach people outside the media radar, such as that friend or relative who has dozens of groups on WhatsApp, for example. "What matters is the legitimacy that your peers give you. Research shows that these waves [of disinformation] spread a lot from one person to another," she said.

In the meetings, which last about six hours, experts give workshops on how to check information, how to deal with haters and trolls, on legal topics, algorithms, freedoms and responsibilities, in addition to introducing non-violent communication.

The workshops include group dynamics, in which participants exchange experiences. According to Rizzo, the face-to-face meeting helps to rescue the dialogue and depolarize it. "It works as an antidote to the virtual. Live, it is more difficult to attack someone than it is protected by networks.”

Much of the training is journalism for non-journalists. Experts explain how a news story appears and how it is reported, what the difference is between an opinion piece and a report, etc. "These are very obvious things for us, but there are people who live on the Internet 24 hours a day and do not know. The press demands transparency, but does not know how to be transparent. It is our role to show the news production process," she said.

With that, Rizzo hopes that influencers will be able to take on the defense of the press. "Journalism needs a support network to survive," she said. At the same time, Redes Cordiais wants to make influencers aware that they are responsible for what they pass on. "The networks have allowed everyone to be a communicator, but a minimum of critical reading and filtering is required. You need to know how to deal with the avalanche of information and how to behave."

According to Rizzo, polarization, hate speech and disinformation feed one another. For this reason, an important axis of the project is non-violent communication, something that, for her, is also linked to good journalism. "It is the art of listening to the other, seeking the contradictory. Society has lost this ability to listen. The conflict needs to be about ideas, not people."

The project received funding from the Betty and Jacob Lafer Institute to hold the workshops in 2019, but for now, the founders work on a voluntary basis. For 2020, Redes Cordiais seeks new financing to take the workshops to more cities, with an eye on municipal elections.

Another Brazilian media literacy project that has been preparing for the elections is LupaEducação, the branch of Agência Lupa, a site that specializes in fact-checking. As part of the 2020 Digital Democracy Elections project, LupaEducação has been training, since August 2019, judges and other civil servants of the country's 27 regional electoral courts [TRE, for its acronym in Portuguese] – a strategic audience in the fight against mass disinformation.

Lecture from the Digital Democracy project in Rondônia (Photo: Courtesy)

"The project organizes a lecture for 60 to 80 people, including judges and civil servants, as well as a fact-checking workshop for 15 employees, selected by each TRE,” Lupa's director of Marketing and Education, Douglas Silveira, told the Knight Center.

Each workshop also trains 15 local journalists, who will help to bring Lupa's work to more areas in the interior with fact-checks on municipal elections. The project is a partnership with the Instituto Tecnologia e Equidade (Institute of Technology and Equity) and the Movimento de Combate à Corrupção Eleitoral (Movement to Combat Electoral Corruption, or MCCE), with funding from the Betty & Jacob Lafer Institute and WhatsApp. TREs and the Ordem dos Advogados do Brasil (Brazilian Bar Association) participate as supporters.

On another front, LupaEducação has been hired by companies from the most varied sectors to train internal teams. So far, there have been 885 employees with clients such as Uber, Senac (National Service for Commercial Learning), Bank of America, BNDES (National Bank for Economic and Social Development), UnitedHealth Group, among others.

Silveira explained that when LupaEducação was launched in 2017, the objective was to teach fact-checking techniques to journalists and journalism students. Gradually, however, they realized a demand for professionals from other areas. "We received registrations from doctors, for example, because there is a lot of disinformation circulating in the health area and this affects their work,” he said.

At the same time, companies started asking for specific training. "At [television network] Rede Globo, we held three workshops to support the research work of the scriptwriters. At Amil [health plan], to prevent the communication channels from spreading false content. And at Senac, their brand was being used for scams and offers of fake courses, so they wanted to anticipate and fight this type of disinformation," Silveira said.

LupaEducação has already trained around 5,000 people, including online and in-person courses, and today it is the second largest source of revenue for Lupa.

The most recent media literacy initiative, EducaMídia, was launched in June 2019. The project trains basic education teachers, so that they teach children and adolescents the necessary skills to "access, analyze, create and participate critically in the information and media environment," according to the project website.

In this short period of operation, EducaMídia reached 2,500 educators in face-to-face training, which can last from one to three days, in public and private schools. In online courses, 5,600 were enrolled– all training is free.

The program is part of the Instituto Palavra Aberta (Open Word Institute), which works to defend freedom of the press and expression. EducaMídia's team is the same as that of the institute, with seven employees, three of whom are journalists. The project received an investment of R $4 million (about US $950,000) from Google.org, Google's philanthropy arm, to be used in two years.

Like Rizzo, from Redes Cordiais, the president of Instituto Palavra Aberta, Patricia Blanco, believes that media literacy education is fundamental to reduce polarization, which she considers "a risk to democracy."

"One of the harmful effects of the digitalization of communication is the formation of information bubbles, which contribute to radicalization. Many users of networks do not understand how algorithms work, for example. When we talk about media literacy education, it is also about understanding these mechanisms and their impact on personal and collective life," Blanco told the Knight Center.

She also argues that media literacy education helps to value journalism and ensure an audience of news consumers in the future. "Worldwide, the phenomenon of disinformation is accompanied by disbelief in professional journalism. In addition to the crisis in the sector, today we are experiencing a crisis of credibility and legitimacy in Brazilian journalism," she said. For Blanco, it is necessary to help citizens to build a critical view of journalism, so that they can "always question, but not ask for an end to the press.”

"If we do not show the importance of journalistic work to the next generations and how it helps to sustain democratic regimes, it is possible that we will not have as many readers, listeners and viewers in the future,” she warned.

With the first, they developed a website, Estadão na Escola, with teaching material aimed at educators, based on reports published by the newspaper. There are videos and journalistic texts, some commented on by the reporters themselves, that show how the stories are made and suggest activities and debates. The Folha project is a weekly column on media literacy education, published in the Folha na Sala newsletter, created for teachers.