Accessibility is key for Coar, a fact-checking project focused on the Northern and Northeastern regions of Brazil, regions where there is a higher incidence of cities without journalism news outlets -- news deserts and semi-deserts. With limited resources, Coar relies on partnerships with radio stations, TV stations, and regional websites to amplify its findings and reach a wider audience.

Coar was created in 2020 and was inspired by a case that had happened six years earlier: the death of Fabiane Maria de Jesus. The woman was lynched by neighbors after being the victim of false information shared on Facebook that attributed to her the kidnapping and murder of children. Four people are under arrest for the crime.

"When I saw this case, I got emotional. I imagined that this could’ve been my mother. I wanted to somehow help people who can't defend themselves," Coar founder and director Marta Alencar told LatAm Journalism Review. "My mother can't read, so my purpose with Coar is that my mother and people like her, who can't read, can also access fact-checking by listening to audio."

Based in Piauí, one of the poorest states in Brazil, Coar has a team of seven people, all volunteers with no fixed remuneration, and none is dedicated to the project full-time. Nevertheless, they produce 12 original news fact-checking per month and two podcast episodes per month (E-Coar), and supply four radio stations, one TV station, and three partner news outlets with 15 audio or video bulletins. 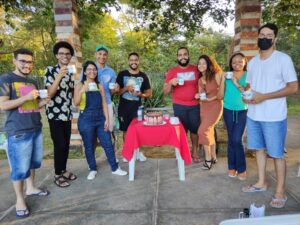 "These partnerships represent Coar's commitment to bring media education to news outlets, as well as the aim to check distorted, out-of-context information or rumors, which the news outlets haven't had time to check. Coar fills that space in the Northeast," Marta Alencar said.

North and Northeast are the regions of Brazil most affected by news deserts, with 63% and 62% of the cities without local news outlets. The main focus is on rumors and scams that spread through social media, which can lead to dangerous consequences in the real world.

"No matter how much they check [politicians' and authorities'] statements, the checking agencies do a little in checking of rumors without political connotations that circulate on social media, such as the one that victimized Fabiane. And I noticed that, especially in the Northeast, there are a lot of rumors circulating. That's why it’s important to make our contribution and do some fact-checking here," Alencar said.

The project was one of the 80 selected by the "Accelerating Digital Transformation" program, of the Brazilian Association of Investigative Journalism (Abraji, by its Portuguese acronym), Meta (Facebook), and the International Center for Journalists (ICFJ). The participants received mentoring from experts for three months, from May to July of this year, and received financial support of up to US$ 2,500 each. The money was used to pay for part of the team's work. 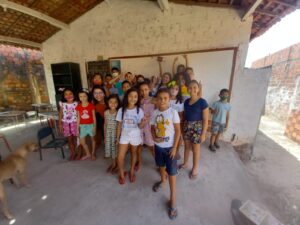 Before that, between November 2021 and February 2022, the project was paralyzed due to a lack of funds. "We have been fighting to keep the project with a wider scope, to do more checking, but the whole team works [elsewhere], and people have their professional paid commitments," Alencar said.

In order to keep itself financially afloat, Coar relies on applying for grants from public and private organizations. At the same time, it also works with events and in the educational area.

In 2020, it held the webinar Disinformation in the Northeast, which addressed the lack of official means of information in the region, and the population's greater susceptibility to believe in rumors, hearsay, and misinformation. In 2022, a new event, the National Colloquium on Climate brought together experts to discuss misinformation about the Amazon and the climate crisis.

According to researcher and journalist Mathias Felipe, from the Observatory of Digital Media and Society at the Federal University of São Paulo and Human(e)AI at the University of Amsterdam, projects such as Coar, which focus on fact-checking at the local level, play a key role in combating the misinformation that spreads in places where news coverage is scarce or nonexistent. He says, however, that without diversifying revenue sources, local journalism projects are short-lived due to an inability to go beyond volunteerism.

"What happens is that this project gets funding, it will exist for a year and ends up having no structure. It is very informal, and many of the people involved are volunteers, so it becomes a bit of a journalistic passion for the people involved, and that is a challenge. Although it's very nice to do volunteer work, it's work that depends on people dedicating time. In the long run, it tends not to last if you don't get stable sources of income," Felipe told LJR. 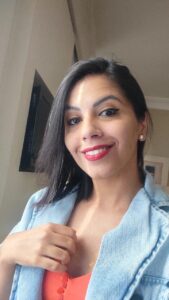 In the same vein, the journalist and course coordinator of the Brazilian Association of Investigative Journalism (Abraji), Sérgio Lüdtke, said that organizations like Coar have the great merit of not only fighting local misinformation, but above all bringing journalists, academics, and audiences closer together into a daily verification routine.

"Marta [Alencar] is a stubborn journalist, one of those professionals who is an example for us all. Her challenge is to turn Coar into a mature and sustainable project, which is not easy if you don't have a national scale, either by topic or territory. But this is also a challenge for more consolidated organizations in this field. I believe the dialogue it proposes between academia and newsrooms can be a promising path forward," Lüdtke told LJR.

Recently, Coar started offering monthly classes in media fact-checking and education through an NGO that works in the outskirts of Teresina, the capital of Piauí. The future, however, is uncertain. Like other organizations working in local journalism in outlying regions, financial sustainability is a challenge, and relying on volunteers is unsustainable in the long run. According to Alencar, she has been in talks with other similar organizations with the aim of seeking joint funding.

"When I die, I want it written on my tombstone that I saved a lot of people from fake news,” Alencar said. “That's my purpose in life. As long as I'm still in this world, I want to do good. That's what matters to me."