Working together, sticking to the facts and verification are the best strategies for journalists targeted by polarization

In polarized societies, journalists who become targets of attacks by populist politicians and their supporters have to help each other, report with verified facts, and tell in-depth stories.

These were the ideas and strategies highlighted by speakers of the panel “Polarization: Challenges for journalists who become targets in polarized societies,” which was part of the webinar “Journalism in Times of Polarization and Disinformation in Latin America,” organized by the Knight Center for Journalism in the Americas and LLILAS Benson Latin American Studies and Collections of the University of Texas at Austin, on Nov. 9, 2021. 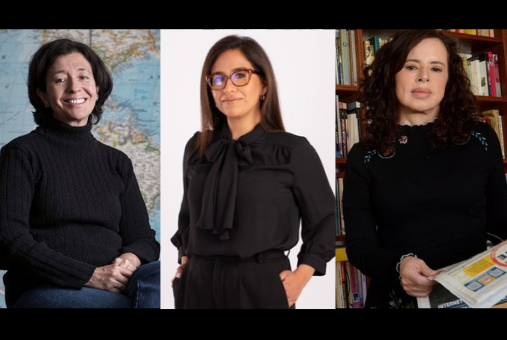 Among the panelists were journalist Isabel Mercado of Bolivia, Romina Mella of Peru, and Maria Teresa Ronderos of Colombia. The discussion was moderated by Wendy Hunter, professor at the University of Texas at Austin.

Polarization is a feature of the times, present in all societies of the world and seasoned by disinformation, Mercado said at the start of the discussion. And both society and journalists are the great victims of this juncture, she added.

Mercado and Mella agreed that journalists who become targets of polarization suffer mainly from stigma and discrediting from authority figures and groups in civil society aligned with a specific party or ideology. This is carried out through campaigns against journalists and news outlets that take a critical stance.

“Secrecy has taken up residence in Bolivia,” she said.

All this takes place in a context of increasingly precarious work conditions, lack of protection, and lack of training opportunities for journalists, “which makes them a target for multiple and frequent attacks,” Mercado said.

She said one of the dangers is that when polarization is normalized in society, aside from affecting the discourse and the practice of tolerance, militant journalism emerges, which we see happening in Bolivia and other countries in the region. This happens when a journalist takes sides with one of the warring factions and stops reporting with impartiality, she added.

Ronderos, who is the executive director of the Latin American Center for Investigative Journalism (CLIP, by its Spanish acronym), believes the hardest thing for journalism in these times of polarization is “to side with the truth,” with facts. “We need to follow a method to check facts, to tell a true story, without trying to please a particular side.”

In this sense, Ronderos said, traditional media in the region needs a “mea culpa.”

“Big media in Latin America still need to do a mea culpa of the many times it cozied up to power, was too comfortable, sitting in palaces. [There was] too much self-censorship to satisfy certain economic interests.”

Being rigorous and independent are a journalist’s best tools, Mercado said.

In the case of IDL-Reporteros from Peru, Mella said, the strategy to deal with fascist groups’ attacks is to investigate them, identify them and reveal their ties to parties and political organizations. Another strategy has been to initiate legal action against actors identified in specific attacks. 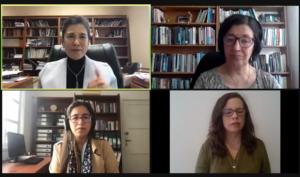 In the polarization observed during the Peruvian elections earlier this year, and also during the pandemic, IDL-Reporteros suffered constant stalking by ultra-right groups, supporters of the Fuerza Popular party which ran in the presidential elections.

These “fascist-style groups have held protests in front of the newsroom, have used our logo and website to create a fake site and publish messages that incite hate and violence,” Mella said. In addition, other media reproduce these messages of hate and publish fake information about their website and investigative work.

The main strategies to deal with the harassment that makes them a target because of their journalism are legal defense and self-defense techniques, Mella said.

More alarming, for Ronderos, in this polarization context, is that populist governments take advantage of their moment of popularity to permanently restrict the press through laws and regulations.

“This puts journalists at a total disadvantage,” Ronderos said.

She pointed out the difficult situation for media in Honduras, El Salvador, Brazil, Nicaragua, Colombia, Venezuela and Cuba, given the authoritarian actions by their governments.

The panelists agreed that journalism continues to be, today more than ever, indispensable for people.

“In the medium term, truth will continue to shine,” a hopeful Ronderos said.

The webinar “Journalism in Times of Polarization and Disinformation in Latin America,” also featured the panels “Disinformation: How Journalism has Reacted to Waves of Disinformation” and “Democracy and Press Freedom: The Role of the Press in Defending Democracy and Freedom of Expression.” Recordings are available in Spanish and Portuguese.