Local and regional journalistic coverage has always been, almost by default, a role of the traditional media. 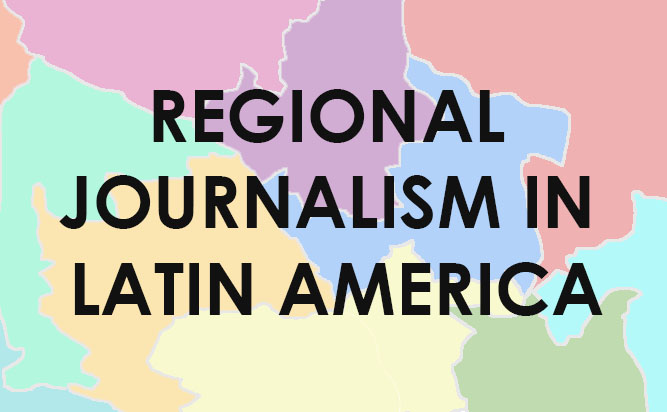 Local and regional journalistic coverage has always been, almost by default, a role of the traditional media.

In Latin America, some digital native news sites are making an effort to fill that gap. Through the collaborative work they do in partnership with small local media, the training of correspondents in the regions of their countries through workshops and with the support of various human rights and environmental organizations, these native digital media are reclaiming the importance of local coverage in their countries.

Juanita León from the journalistic site La Silla Vacía in Colombia, Nelly Luna from Ojo Público of Peru and César Batiz from El Pitazo of Venezuela, spoke with the Knight Center about their strategies for carrying out local coverage with in-depth reports that seek to place what is happening in the regions on the national agenda.

At La Silla Vacía, the strategic plan to cover regions and thus become a truly national media outlet was born in 2015. One of the objectives of the strategy was to cover the peace agreement negotiated at the time by the Colombian government with the veteran guerrilla group, the Revolutionary Armed Forces of Colombia (FARC, for its acronym in Spanish). "At that time we thought that the peace agreement was going to exist," Leon said.

"So, we said, well, if the whole country is oriented towards the idea of a more territorial approach, to think about the country more from the bottom up, from the regions towards the center, then, that will not be foreign for La Silla,” she commented.

The other reason why they decided to start reporting on what was happening in the regions was the great lack of information and local journalism in those places. At the national level there is very little scrutiny, little accountability of leaders, León explained, "and at the regional and local level this is more (serious)." 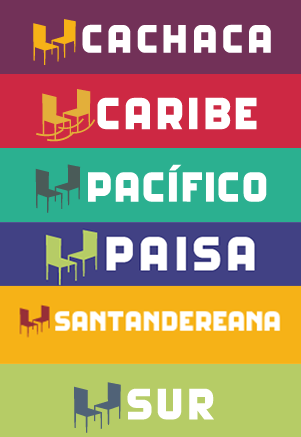 In the case of Ojo Público, the issue of doing regional journalism was something that was discussed a lot among its members. Luna, one of its co-founders and editor of the newly launched regional edition, said that it seemed to them that they were no longer seeing issues in the regions being covered in-depth as traditional Peruvian newspapers lost specialized spaces due to the closure of correspondent posts, mainly due to the crisis in the industry.

"What we saw as part of the diagnosis is that closing these correspondent posts was making a lot of stories invisible in the country in recent years, starting with social conflicts, but also how micro corruption (politics) was taking over almost entire departments like that of Ancash, from the case of César Álvarez (former regional president Áncash, now imprisoned)," Luna explained.

In that sense, they decided in 2017 to take a series of actions to confront it. First, to plan the creation of a network of regional investigative journalism that will promote journalistic investigation among local journalists with the support and mentoring of the Ojo Público team. Second, to set up a regional newsroom that was virtually in contact with the team of editors in Lima, also considering some face-to-face meetings, to start working on long-term issues looking toward the regional elections in October of this year.

This year they have started working with journalists from eight regions: Cusco, Ancash, Ucayali, Puno, Ayacucho, Huánuco, Apurímac and Callao. Cajamarca is a region that they plan to add before July of this year. The problems shared by these regions, according to Luna, are organized crime, illegal activities and socio-environmental conflicts. These will be the topics to cover.

In Venezuela, where journalism constantly confronts the censorship of government officials in office, El Pitazo was born in 2014. According to its site, this was a project proposed by the Press and Society Institute (IPYS) of Venezuela and Trapiche Films, with the aim of having a media outlet that could reach even the poorest sectors of the country.

They started with a YouTube channel, then started a radio program and sent news via text messages to mobile phones, until they managed to have accounts on social networks and their own website.

According to Batiz, El Pitazo is a digital news site with a national presence that also produces investigative journalism with a small team of three people based in Caracas. From Caracas, and with the help of 50 correspondents scattered throughout the country, the site produces daily news coverage in regions and the capital district. Since its inception, according to its director, the team set out to make journalism that not only focuses on Caracas.

"We have qualified information not only by themes but also by geographic areas: Caracas, Centro, Guayanas, los Andes, los Llanos, Occidente, Oriente, which are the territorial regions in which the country is divided politically," Batiz explained.

As for investigative journalism reports, what the site has been doing so far in the regions are profiles of people around the issue of corruption, Batiz said. "People identified as figureheads, some as people who are linked to strange events; (There is) a report that we made about paramilitaries and reporters on the border of Venezuela and Colombia, by the state of Zulia," Batiz said.

The Regional Sections of El Pitazo

In addition to correspondents in regions, El Pitazo also counts on the contribution of more than 465 ‘infociudadanos’ (citizen reporters). Batiz said that starting on October 1, 2016, when they did the pilot, the team began to train people who were interested in providing information to the site about what happens in their localities.

"El Pitazo en la Calle (El Pitazo in the Street), one of our sections, is also a platform for us because it not only allows us to address issues of the community but to go to the community to do transmedia work," Batiz said. Go to the community and give information that the same community has generated through ‘infociudadanos’ that ends up published in El Pitazo. According to Batiz, El Pitazo hopes that the role of the ‘infociudadano’ will increasingly be an inspiration for others, so that this will be replicated.

Frequency of publication and Workflow

As Ojo Público is a site more dedicated to investigative journalism, it does not have daily regional coverage like El Pitazo and La Silla Vacía.

According to Luna, the Ojo Público correspondents also generate daily news from regions but to be published on social networks, especially via Twitter.

Likewise, Ojo Público does collaborative work with others with radio stations and local print newspapers as allies.

"What we have is this network of correspondents, but in parallel, within the network, we have signed agreements with several local media: community media and indigenous media, so they can republish stories that we are generating or also to be able to take journalistic input from the articles that they produce (and publish them on our site)," Luna said.

In Puno they have agreements with the two most important radio stations in the Andean region, Radio Yaraví and Radio Pachamama, which broadcast in Quechua and Aymara. In Arequipa they have relationships with veteran newspaper El Búho, with Pulso Regional in Cusco, among others. According to Luna, this collaborative alliance between media was inspired by El Diario de España.

La Silla Vacía publishes regional news daily. "We have a team of two journalists in each region that writes five stories a week," said the site's director. On Friday, the regional sites publish a national story, which is produced from Bogotá, and on the weekends they publish opinion columns from a specialist in the region.

The case of El Pitazo is particular, because although they produce daily coverage, sometimes it’s not available to read due to blockades by internet service providers in Venezuela. Since they published an investigative report on March 8, 2017 about Vice President Tarek el Aissami, and two other in-depth reports in September of that year and January 2018, El Pitazo had to change its domain three times so they can be read in Venezuela. Currently they use a domain contracted in Malaysia: www.ElPitazo.ml.

Ojo Público’s regional coverage has the financial support of the Ford Foundation for environmental issues related to conflicts over water. Idea Internacional financed this first part of the project whose objective is to efficiently cover regional elections. And the ally in terms of training journalists is Fundación Mohme. Thanks to the support of these three organizations, they have managed to design workshops for journalists in the regions. They also counted on them to set up their regional correspondent posts and to financial sustain the project.

"Even now, what we are trying to do with the team of correspondents is to include these judicial clinic workshops that allow them to know what the limits of coverage are, or how to face a complaint or a lawsuit from the private sector or public," Luna explained.

Much of the funds of La Silla Vacía come from international cooperation, such as the Ford Foundation, Open Society Foundations, NED Foundation, among others, Leon said. In addition, they have the support of various universities in the regions where they have coverage.

"The universities give us a space, we have an office within the universities, which is key to saving us money, and for protection," Leon said. "This works like this with (the University of the) Pacífico, with Bolivariana, and we are discussing it with Universidad del Caribe, but we have not yet signed the agreement. With the Corhuila, in Neiva, and with the Paisa we will have it with Universidad EAFIT.”