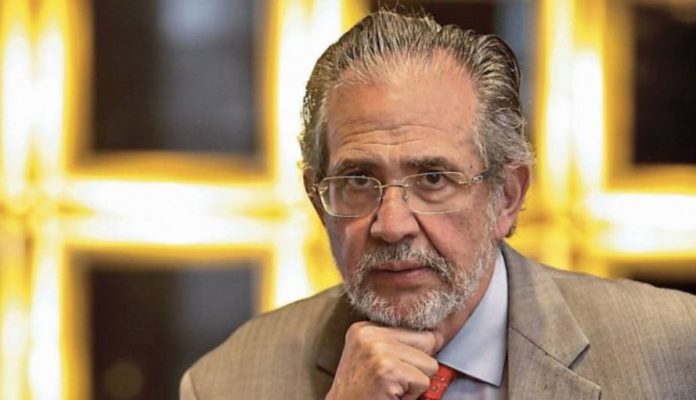 The building of El Nacional, with the printing press and office equipment, was awarded in a public auction on Feb. 7, to Diosdado Cabello, current congressman and former president of the National Assembly of Venezuela. This was a decision of the Venezuelan courts related to the trial of Cabello’s defamation lawsuit against El Nacional.

In 2015, Cabello filed a lawsuit for non-pecuniary damage and defamation against the newspapers El Nacional, Tal Cual and La Patilla, for republishing an article from the Spanish newspaper ABC, about a U.S. judge’s investigation of Cabello for  alleged links to drug trafficking.

In the first stage of the trial, that of reconciliation, Cabello asked the three newspapers that republished the ABC story to rectify themselves, Otero told LJR. “I was never going to do that,” he added.

“The news was that [...] a federal judge from the state of New York was investigating him for [alleged] drug trafficking. Two years after [that news], the D.E.A. [the U.S. Drug Enforcement Administration] issued an arrest warrant for [Cabello] and posted a $10 million reward. Therefore, he was being investigated,” Otero said.

In 2018, Cabello's lawsuit against El Nacional was settled by a Venezuelan court that ordered the newspaper to pay Cabello a compensation of 1,000 million bolívares (about U.S. $12,000 that year).

In April 2021, a chamber of the Supreme Court of Justice modified the amount of compensation and converted it into petros, the current official bitcoin of Venezuela, according to El Nacional. The compensation went up to about 13 million dollars (237 thousand petros).

Later, on May 14, 2021, El Nacional’s headquarters, in Caracas, was seized by court order as part of the payment of the multi-million dollar civil compensation. According to the Committee to Protect Journalists (CPJ), all employees were removed from the building during the seizure.

In June 2021, another Caracas court increased the compensation in favor of Cabello by 533,250 petros, about 30 million dollars, El Nacional published.

"We have an open case in the Inter-American Commission on Human Rights (IACHR)...surely with the number of irregularities these people have committed, we are going to win it, just as Radio Caracas Television won," Otero told LJR. "The problem is that the Maduro regime does not comply with the IACHR resolutions and opinions, so we’ll have to wait for this government to fall."

Several freedom of the press organizations spoke out about the confiscation of the headquarters of El Nacional and the few guarantees that exist in Venezuela to exercise freedom of expression.

CPJ's program coordinator for Latin America and the Caribbean, Natalie Southwick, called the confiscation of El Nacional's headquarters "the final outrageous act in this long-running saga of judicial harassment," according to CPJ’s Twitter profile.

“The veneer of judicial approval doesn’t hide the reality that a powerful political figure used Venezuela’s defamation laws to retaliate against an outlet for its reporting,” Southwick said in the tweet.

The acting director for the Americas of Human Rights Watch, Tamara Taraciuk, condemned via Twitter the new attack on press freedom in Venezuela. “Diosdado Cabello uses justice at will; presently to take over the headquarters of El Nacional, one of the few independent media outlets left in Venezuela,” Taraciuk said.

Reporters Without Borders (RSF, for its acronym in French) pointed out that handing El Nacional to Cabello is an "opaque and arbitrary" judicial measure, according to Efecto Cocuyo. RSF also described as "surrealistic" the civil reparation sum being demanded from the Venezuelan newspaper.

In a statement at the end of January, the IACHR Rapporteurship for Freedom of Expression urged the State of Venezuela to cease threats and arbitrary restrictions on freedom of expression, urging the authorities to respect public opinion spaces. Likewise, it lamented stigmatizing statements, judicial harassment against journalists and the closure of independent media outlets.

Since 2018, like many other print media in Venezuela affected by the lack of access to newsprint and printing supplies due to government blockades, El Nacional stopped publishing a print version. The newspaper continues to this day to report from its website.

“The situation of independent journalism in Venezuela is very bad,” Otero said. “When they see someone taking photos, well, they take away the cameras, they take [the person] prisoner. It is a very complicated situation, very difficult. Reporting in Venezuela is a risky profession.”