After a series of postponements in the trial, a federal court found one of the material co-authors guilty of the murder of the journalist Miroslava Breach, killed on March 23, 2017 in Chihuahua, Mexico. 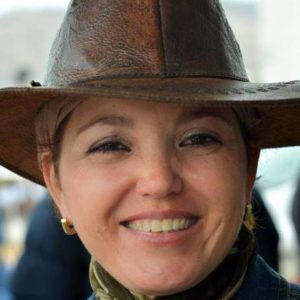 Journalist Miroslava Breach was killed in Chihuahua, Mexico in 2017. (Facebook)

According to the Mexican Attorney General's Office (FGR, for its acronym in Spanish), the judge determined that Juan Carlos Moreno Ochoa, alias “El Larry,” “is fully responsible for the crime of qualified homicide.” To this point, he is the only person to be prosecuted for Breach’s murder.

According to the newspaper La Jornada, Moreno Ochoa was arrested in December 2017 and the Chihuahua Prosecutor's Office began the criminal process on December 27 of that year. The Office of the Special Prosecutor for Attention to Crimes against Freedom of Expression (Feadle) made an order to open the case on Dec. 5, 2018. Since then, the first hearing of the oral trial has been postponed on several occasions due to writs of amparo filed by the defense. Hearings resumed in October 2019, but due to a further postponement, the trial did not continue until Feb. 17, 2020.

The trial resumed in 2019 thanks to a writ of amparo filed by the organization Propuesta Cívica alleging irregularities in the process by the judge in charge, Aristegui Noticias published.

Breach, 54, was shot eight times on the morning of March 23, 2017, while waiting in the car to take her son to school in Chihuahua, the capital of the northern state of Chihuahua. She was a correspondent in her city for newspaper La Jornada and wrote for the newspaper Norte of Ciudad Juárez.

According to Pie de Página, the judge said there was no reasonable doubt that the defendant, after being ordered to kill Breach, enlisted the help of two more people and supervised the crime.

The judge, according to the site, also allegedly determined the participation of Jaciel Vega Villa, now a fugitive from justice, and of Ramón Andrés Zavala Corral, suspected of having fired the eight shots that fatally wounded the journalist.

Animal Político previously published that according to the authorities, Vega Villa allegedly drove the car that took the murderer to the journalist's house.

Zavala was found dead in Sonora in December 2017, a few days before Moreno Ochoa's arrest, El País of Spain published.

The lawyer for Propuesta Cívica, Víctor Martínez, said that the conviction is a step, El País published. “There are pending arrest warrants, at least Jaciel's. The judge mentions him in the trial, the Feadle verified that he participated in the murder. And the intellectual author is also missing. The judge said that a key witness, Apolo, heard how José Crispín Salazar ordered El Larry to murder Miroslava," he said, according to El País.

According to Reporters Without Borders (RSF), Feadle and Propuesta Cívica, an organization that is representing Breach's relatives, have asked for 70 years for Moreno Ochoa and full reparation for the journalist's family.

On April 20, the accused will be sentenced, the FGR said.

Given the slow process of the authorities in seeking justice for Breach, a group of Mexican journalists, Colectivo 23 de Marzo, decided to continue investigating the crime on their own. Animal Político, the magazine Proceso, Pie de Página, Aristegui Noticias are part of that collective, among other Mexican media outlets.

In 2019, this group began the Miroslava Project, supported by the Latin American Center for Journalistic Investigation (CLIP), Forbidden Stories based in France and Bellingcat, from England. The project published its first joint report with the results of its inquiries on Sept. 4 of that year.

Media such as El País, El Diario of Spain, the Washington Post of the United States, and the Peruvian site IDL-Reporteros began to republish their reports and findings on the murder.