On Nov. 30, the Day of the Journalist is celebrated in Guatemala. However, this year journalists in that country felt there wasn’t much to celebrate. On the contrary, they made the decision to use that date to raise their voices and try to make visible to society the repression experienced by the Guatemalan press over the past few years.

A group of communicators that formed through a chat on WhatsApp seeking to support colleagues who were under attack is today a nascent group that seeks to become a voice of resistance and a base in the fight against attacks on press freedom in Guatemala.

This group, called Prensa contra la Censura (Press Against Censorship), summoned about 150 journalists this Nov. 30 in front of the National Palace of Culture, in the center of Guatemala City, to march towards the Presidential House and issue a statement in defense of freedom of expression. 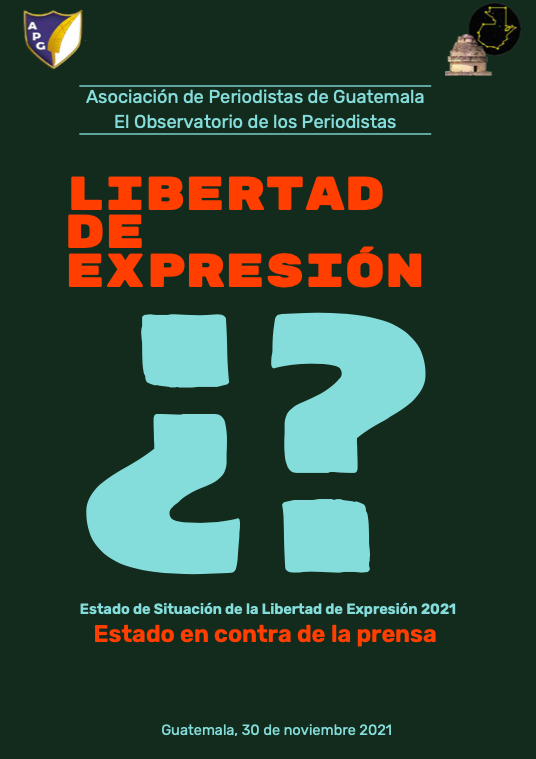 The Guatemalan Association of Journalists released a report during the protest. (Foto: APG)

The actions, it said, were due to a recent increase in attacks on journalists and the media by officials and entities of the government of President Alejandro Giammattei, which has alarmed journalists.

"Although the deterioration of press freedom and freedom of expression in Guatemala has occurred gradually, in the last two governments, journalists have seen a worsening with horror," Enrique Naveda, general coordinator of the independent journalism site Plaza Pública, told LatAm Journalism Review (LJR). “In recent weeks, in particular, there have been many attacks on press freedom, from accusations of clearly false crimes against some emblematic journalists, to journalists from the departments who are being criminalized while doing their work.”

In a report released during the protest, the Guatemalan Association of Journalists (APG, for its acronym in Spanish) indicated that in just the Giammattei government so far, there have been 265 attacks of different kinds on communicators. Of those, 116 were reported between Jan. 1 and Oct. 31 of this year.

Among the forms of repression used by government officials and entities, the APG highlighted the obstruction of access to public information, the use of criminal actions to censor journalists, the pronouncement of derogatory and stigmatizing comments towards media workers and the use of the security forces to attack and harass journalists.

Added to the list are what they call the President's attempts to install generalized censorship through a legal reform that imposed a “state of calamity” that forced media to avoid publishing content that could “generate confusion or panic,” in the context of the COVID-19 pandemic.

"Given the multiplicity and increase in attacks against journalism and independent media, we began to see the need to make this situation visible and to organize ourselves to raise our voice," Marielos Monzón, an independent journalist and columnist for the newspaper Prensa Libre, told LJR. “We got in touch with various journalists, reporters, photographers, columnists and editors and started exchanging ideas through a chat. The idea was there to support each other, to form a united front.”

That WhatsApp chat, which has since taken the name of Prensa contra la Censura, served to exchange information and find ways to support colleagues who were under siege or threats. Little by little, journalists from all over the country and from all kinds of media joined. There are now 65 members.

The group agreed, in early November, that it was necessary to jump from chat to the streets to take more forceful action. The collective designed a series of actions with two objectives: to raise awareness among the population of the importance of journalism for society and demand that the authorities stop the attacks, harassment and criminalization of journalists, as well as respect the right to inform.

These actions included a couple of campaigns on social networks, one of them under the slogan #NoNosCallarán (They will not shut us up), which consisted of publicizing some of the most emblematic cases of attacks on the press in recent years in Guatemala.

The other was titled #SinPeriodismo (Without journalism), which seeks to show the population why it is necessary to defend independent journalism by citing concrete examples of achievements that the profession has contributed in the fight against corruption and in defense of democracy.

“What we want to point out is that the rights to freedom of expression are not rights for journalists or for the media. These rights belong to all of society and what we want is for people to understand that when the independent press is silenced, that when journalists are attacked, what is being attacked is their right to know, to be informed, to participate, to raise their voice,” Monzón said.

Although it is not yet officially registered as an NGO or association, the first official act of Prensa Contra la Censura was the Nov. 30 protest, which took place without incidents of violence and under the watch of police officers. The act served to present a manifesto in which the group called on society to support critical and independent journalism, which was signed by almost 300 journalists and organizations that defend press freedom.

“It seems hopeful to me. What we have experienced today in that demonstration has been a first sharing and contact that has allowed us to recognize ourselves and also feel the strength we have when we are not dispersed,” Naveda said. “Today we know that we cannot expect too much from the government, which is absolutely armed and encapsulated in cynicism. And they will not respond, their slogan is to squash and placate.”

As of publication of this article, the Guatemalan government had not said anything about the demonstration or the statement from Prensa contra la Censura.

Attacks on journalism and freedom of expression are not a problem unique to Guatemala. Communicators from neighboring countries in Central America face similar or even more serious harassment, censorship and criminalization.

Although the repression of the press in Guatemala has been worsening, it does not have the international resonance like cases in Nicaragua, where the siege by Daniel Ortega's administration has forced dozens of journalists into exile; or in El Salvador, where the government of Nayib Bukele recently presented a bill that would complicate foreign financing of organizations, including media outlets.

"Sometimes [the situation of journalism in Guatemala] is overshadowed by the seriousness of the attacks on press freedom that occur in other parts of the region, mainly Nicaragua and El Salvador, which make Honduras and Guatemala go a bit unnoticed,” Naveda said. “To a large extent, it is because what is happening in Nicaragua is more serious, without a doubt, and because of the showiness of Bukele. But, without a doubt, we are seeing in the region an unprecedented deterioration of freedom of the press and of democracy ”.

According to Monzón, the situation of the press and freedom of expression in Central America is due to a regression to authoritarianism that the region is experiencing, which not only targets journalism, but to any person or institution that does not align with those authoritarian regimes. 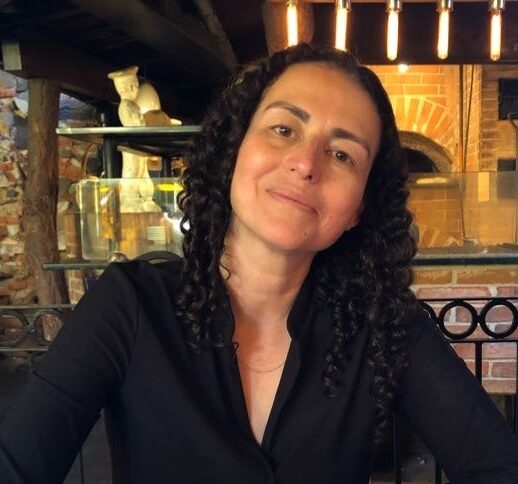 The journalist said that Prensa Contra la Censura has approached journalists from neighboring countries in order to join forces and extend the actions of the group to those countries in the future.

"We also think that it is a generalized phenomenon that they want to discredit the work of media and journalists, through campaigns saying that we are lying media, that we disinform, fake news media," she said. "We have contacted colleagues from El Salvador and Honduras and there is an idea of being able to meet and being able to carry out joint actions to defend freedom of expression in our three countries."