Two-fifths of Brazilians use WhatsApp to consume news, according to data from the Reuters Institute's Digital News Report 2022. The platform is the second most popular social network for journalism in the country, behind YouTube and ahead of Facebook. Not by chance, the application has become the focus of the distribution strategy of digital native news outlets in Brazil, which see an opportunity to establish a direct connection with the public.

"Whatsapp has no algorithm that selects what the audience will see, which gives us and the audience more control over the content. We know what our audience is going to get and they know they will see everything we post," Mauricio Ferro, creator of Correio Sabiá, told LatAm Journalism Review (LJR).

Ferro participated in the panel "Learn to spread news through WhatsApp," held during the 17th Congress of the International Brazilian Association of Investigative Journalism (Abraji, by its Portuguese acronym), which brought together representatives of small digital-native news outlets to share their experiences with WhatsApp. 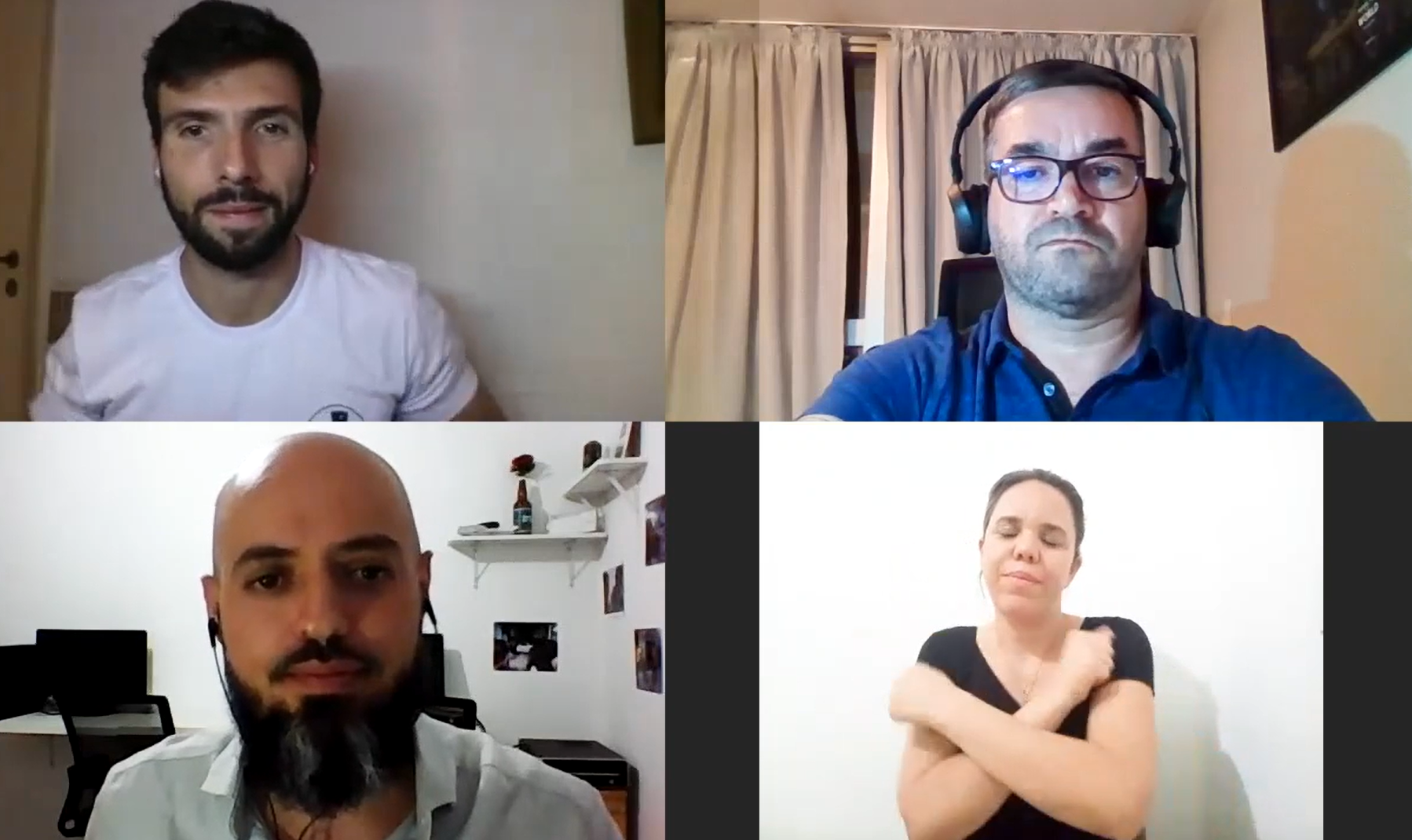 Founded during the 2018 Brazilian elections, Correio Sabiá was born on WhatsApp, a platform widely used to spread electoral disinformation. "If people were spreading disinformation, they could also spread professional journalism. I started betting on the viralization of reliable content," Ferro said during the panel.

In four years, the Correio Sabiá has managed to survive and expand, and now it has a website and a daily podcast. The news outlet offers daily curated news on politics, economics, science, and the environment in messages of no more than three minutes of reading time. WhatsApp is the main channel of distribution and contact with the audience — there are 3,100 readers divided into 18 groups.

"The advantage of the group is that it has a very precise metric. The person who is in the group really wants to receive your content a lot. In the group, you know they are receiving it because if they are in the group, they will receive everything you send them," Ferro said.

In addition to Ferro, the team has four other members. The Correio Sabiá was selected for the second Brazilian edition of the GNI Startups Lab, Google's acceleration program focused on journalism, and participated in the Digital Path to Entrepreneurship and Innovation for Latin America program of the International Center for Journalists (ICFJ).

Besides the coverage of the Brazilian elections in October, current efforts go in the direction of seeking sources of income that would allow the financial sustainability of the news outlet. The membership program raises just enough money to cover its operating costs.

"Monetization is a very complicated process. To maintain the Correio Sabiá, and maintain my life, pay the rent, pay for everything, I need to do other freelancing as well, which makes it all the more amazing because the Correio Sabiá is actually a daily commitment," Ferro said.

Periferia em Movimento, on the other hand, is a news outlet specializing in the not trivial coverage of the peripheral regions of the city of São Paulo, the largest in Brazil with 20 million inhabitants. The digital news outlet was born in 2009 to give voice to communities that didn’t have much space in traditional media. Reaching the target audience, low-income women living in neighborhoods far from downtown, has always been challenging.

"The distribution of content, making our journalistic content reach our audience, has always been a concern. We work over the internet; we are a digital news outlet, and we know that internet access is not universal," Thiago Borges, founder and content manager of Periferia em Movimento, said.

WhatsApp was already on the radar: journalists from the team participated in groups of social movements, collectives, and peripheral neighborhoods of São Paulo. But it was only with the COVID-19 pandemic that news outlets structured a strategy for the application, with the production of audio content to be distributed via WhatsApp. That’s how ZapCast was born.

"It was a podcast through WhatsApp, so the podcast was short, daily, 3 minutes long, answering questions, explaining issues about the pandemic, talking about the use of the mask, talking about how to access emergency aid on the government's website, and so on. It had a lot of impact and we created a dedicated WhatsApp account number for Periferia," said Borges.

As a result of ZapCast, there has been an increase in the number of subscribers to the Periferia em Movimento broadcast lists. Today the news outlet also produces and sends text and video content and also uses the profile status to inform.

"WhatsApp has been the best way to measure how well we reach our audience. We organized the broadcasting lists by location [in the city of São Paulo], and today we know that a good part of our public is concentrated in the peripheral areas," Borges said.

On the other hand, news agency Brasília Alta Frequência targets the financial market but also uses WhatsApp as a tool to reach it. The agency has existed for three years, starting from an initiative of veteran journalists from daily newspapers of traditional media.

"Initially, we were hired by Santander bank to cover the pension reform. (...) And, from then on, other financial institutions also started to hire our information services," founder Chico de Góes said during the Abraji Congress.

The agency, which today has a website, uses WhatsApp extensively to send information to its subscribers — today, 12 financial institutions subscribe to the service of Brasília Alta Frequência to be well informed about the political coverage of the federal capital.

"We have WhatsApp groups, and we have a mailing list. We use the mailing lists for press secretaries of parliamentarians, senators, and ministers, who end up being our sources. They end up passing [the content] on to this public. And we have groups for each subscribing institution. The advantage of the groups is that the subscribers can interact with us," Góes said.

One of the benefits offered to subscribers is participation in weekly agenda meetings in which they can suggest certain coverage and specific approaches to news topics that interest them.

For news outlets that have WhatsApp as the center of their content distribution strategy and connection with the audience, a change is on the way and will arrive in Brazil soon after the elections: increasing the capacity of groups to 512 members (the limit today is 256) and the creation of communities. These changes are part of a global strategy of the platform to compete with its Russian rival, Telegram.

"My biggest expectation is not about expanding the capacity of the groups, but rather being able to bring them together under one umbrella," Ferro told LJR. It can also make it easier to offer new products and services to them, according to their own interests. It will be interesting to see how this novelty will work out."