It is not easy to get updated resources and tools on the web about data journalism in Spanish. Just look at the results in Google in English on the subject that almost triple those in the Spanish language.

Books, workshops, tools, and even podcasts and newsletters on data journalism tend to be created first in English and later, hopefully, translated into Spanish. These results are narrowed when the search is limited to Latin America.

"There is not enough information on data journalism in Spanish and what there is is out of date. Much of what is found are manuals and texts that were written before 2015, when data journalism had its greatest boom," Sandra Crucianelli, data journalist for Infobae and reference in the field, told LatAm Journalism Review (LJR). Since 2004, Crucianelli has trained thousands of journalists and editors in data journalism as an instructor for the Knight Center. 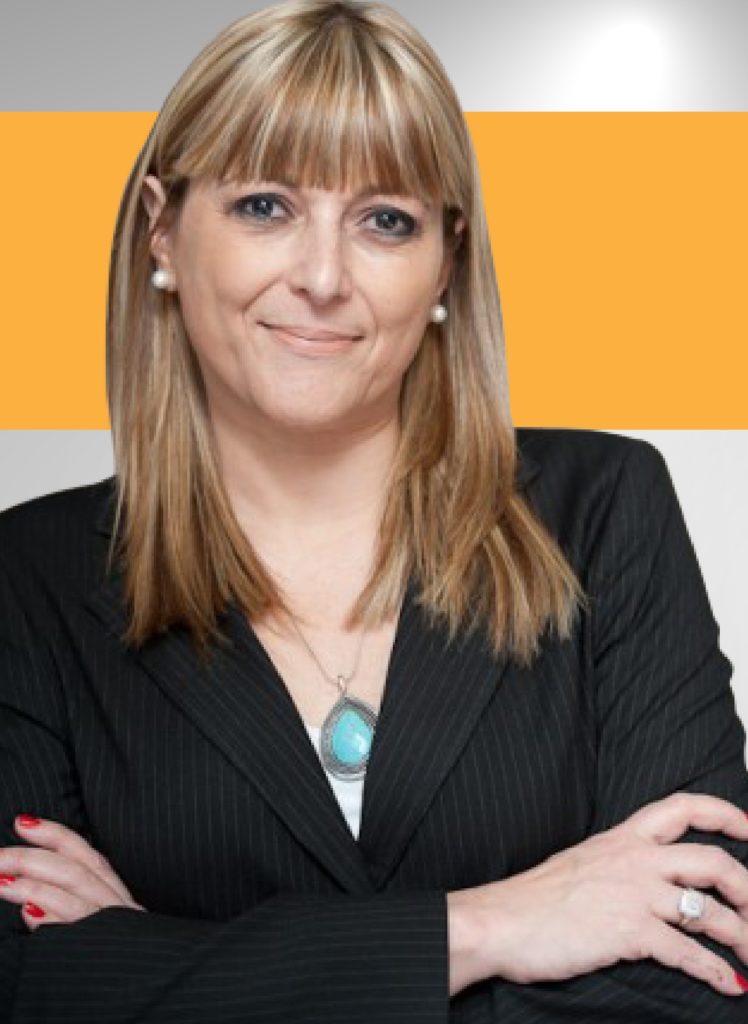 Data journalism began and developed in English-speaking countries, beginning with Phillip Meyer's work with precision journalism and continuing with computer-assisted journalism powered by the organization Investigative Reporters and Editors (IRE). In Spain and Latin America it has been introduced little by little thanks, for the most part, to the work of journalists' organizations.

“I think that data journalism is not sufficiently developed in Latin America. If you look at how many media outlets in the region have a data unit, it is very few. In the case of Argentina, there are only two data units. It is a low figure when compared with the total number of media in the country,” Crucianelli said.

The insufficient development and investment in data journalism in Latin America goes hand in hand with how little content there is to explain how investigations using data journalism are put together, as well as the few groups willing to train new generations.

Hassel Fallas, a Costa Rican data journalist and trainer, as well as senior lecturer in data analytics and data viz at the University of Guadalajara, told LJR that she continues her education in data journalism in English because there is more availability of courses and new material in that language.

“What I often have to do is translate. Once I gave a basic workshop in R (programming language) and what I was constantly doing was translating the meanings. Spanish-speakers who speak English are a bridge between the two worlds,” Fallas explained. "We still have a lot to produce and explore on the subject of the wealth of Latin American experiences doing data journalism," she added.

Indeed, a lack of resources in Spanish has not stopped Latin American media from producing some of the best data journalism in the world. Convoca from Peru, for example, took home a prize at this year’s global competition, the Sigma Awards.

The award-winning data unit at La Nación newspaper of Argentina has become a reference for data journalism in the region and world. When asked about the lack of resources in Spanish, Flor Coelho, co-founder of La Nación Data, pointed to these books and manuals, as well as past events like Datafest or workshops with Escuela de Datos.

"But, it's true that we always fall behind the English resources," Coelho told LJR.

Still, the fewer Spanish resources hasn’t been a struggle for La Nación’s team, which is bilingual and can access the English content, she said.

Colombian data journalist and creator of Contratopedia, Tatiana Velasquez, agrees that much of the information she gets in Spanish to continue training may fall short or are only translations of material originally published in English. However, she believes that she increasingly finds more resources in Spanish.

“I think that a person who doesn't speak English can find material in Spanish. In addition, there are many more people now sharing in networks what they do and how they do it,” Velasquez said.

Scarcity of newsletters and podcasts

In June 2021, the Datasketch team in Colombia launched a newsletter that is exclusively dedicated to data journalism in Spanish. The journalists interviewed for this article said it’s the only one they know of.

“We are constantly investigating data visualization and investigations from other countries that serve as a reference for our work. We realized that we were basically not taking advantage of the fact that we already had all this information organized and structured. So, we decided to publicize it in a more massive way and the idea for the newsletter came from there,” Juan Pablo Marín Díaz, founder of Datasketch and editor of the newsletter, told LJR.

“Datasketch data journalism” compiles and summarizes in Spanish the trends of data journalism worldwide, information on events and useful tools for journalists. The free newsletter has more than 5,000 subscribers and is sent in both Spanish and English.

Much of the original content of the recommendations made in the newsletter about books, tools or podcasts are in English. However, Marín Díaz believes that, although more information is lacking in Spanish, there is more now than two years ago.

"For some time now, there has been much more content that is coming out about data journalism in our language, especially from small and independent media," he said.

Although not 100 percent focused on data journalism, there are other newsletters in Latin America that deal with the subject. The best example is that of Tacos de Datos, a community to learn about visualization and data science in Spanish.

This newsletter is more focused on giving advice, offering resources and suggesting best practices for technology projects. But, it also covers data journalism. 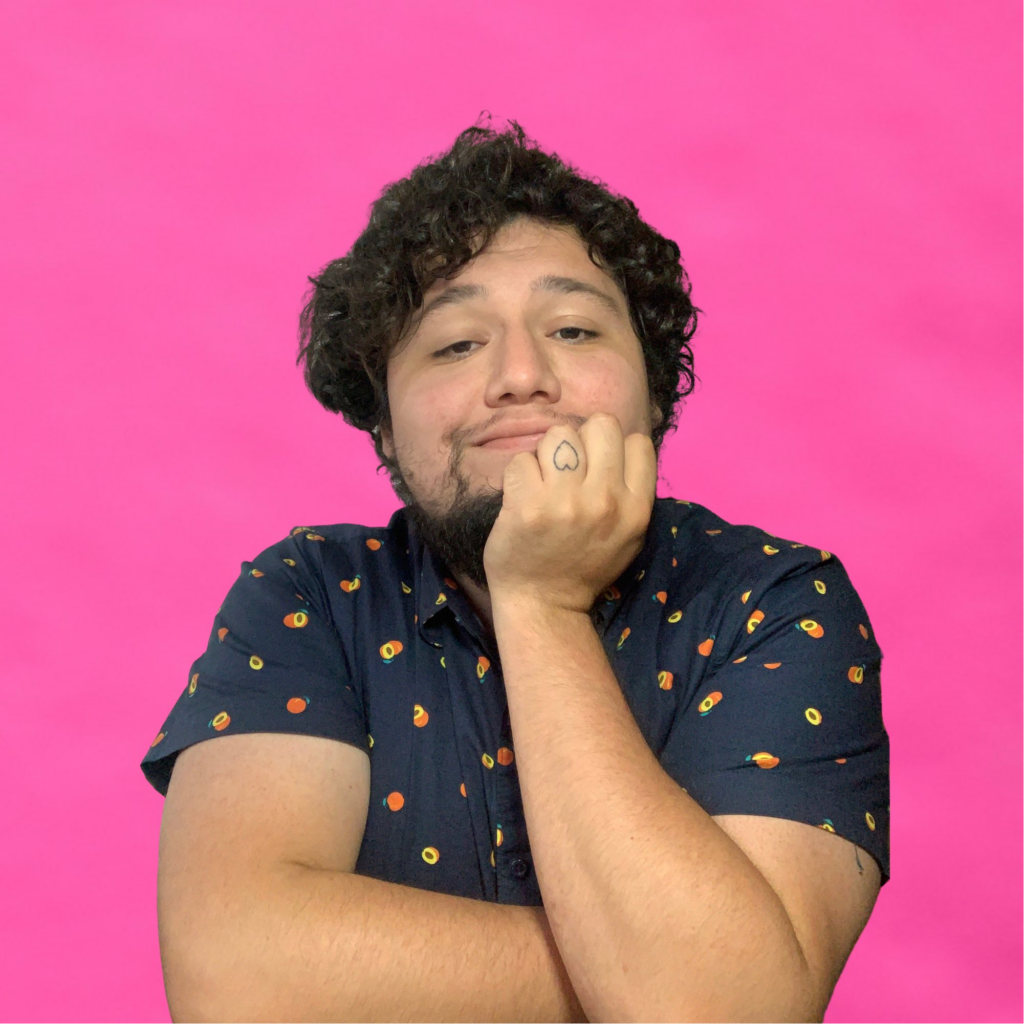 “All the knowledge, all the documentation for the programming packages and the millions of tutorials are in English. So, I wanted to create a space to share that knowledge in Spanish. The most advanced, the newest, without having to wait two or three years for us to translate a tutorial into Spanish, because this moves very fast. That was the initial idea and that has been the motto of Tacos de Datos,” Sergio Sánchez Savala, engineer and creator of Taco de Datos, told LJR.

According to Sánchez Zavala, there are several reasons that justify the difficulty of obtaining information on data in Spanish. First, there is the lack of original content creation in the language. Second, topics in English are better positioned within Internet search engines.

“Content in Spanish is often lost in the sea of information in English. We are also accustomed, in the world of technology and data, to automatically search for terms in English. On the other hand, while a blog in Spanish can receive 7 visits per month, the same blog in English will receive 100 visits. That is the reality,” Sánchez Zavala said.

Training and using tools in another language

The most popular tools or applications in data journalism are usually only available in English: Flourish, Open Refine, Datawrapper, CartoDB and Tabula, to name a few.

The latter, Tabula, was developed by Argentine Manuel Aristaran, so the interviewed journalists consider it a Latin American tool. However, it is only available in English although it can be automatically translated in the browser used to open it. Tabula is a tool that allows you to extract data from PDFs.

The lack of availability of resources in Spanish also makes training work difficult.

"I've had cases where people walk out of the workshop when they see that the tool is in English," Hassel Fallas said. “On one occasion, while teaching data journalism, a student complained because part of the material I sent him was from my blog La Data Cuenta. I found this endearing and curious because I’ve had to write those articles on the fly, given that there was no literature available in Spanish on particular cases that I needed to reinforce in class,” Fallas added.

Another important point is that to get the most out of some of these tools, the dollar amounts you have to pay are out of reach for most independent media in Latin America. That represents one more obstacle when doing data journalism.

“This is a discipline that in turn draws on a lot of different branches of knowledge (mathematics, analytics, data visualization…). Many tools that were previously free are now paid and that has meant a limitation for the development of data journalism in Latin America. There are fewer and fewer free tools,” Crucianelli said.

It is also difficult to get email distribution lists in Spanish that focus on exchanging ideas about data journalism.

“I follow the lists of the Knight Lab, the Network of Data Journalists in Europe, Nicar-IRE, etc; but they are all in English,” Velásquez said.

The data journalists and experts interviewed agree that creating more original content in Spanish on the subject takes time, resources and money.

“Knowing how to handle data has always been fundamental in journalism since its inception,” Fallas said. “But, we need organization and money. Hopefully we can create a think tank that allows us to critically analyze what is being done and why it is being done in data journalism. We must look for ‘Latin American’ ways to go to the next level.”