Journalist Mariana Ceci was tired of not seeing herself in the news about northeastern Brazil, commonly portrayed in the traditional press in stories about drought, hunger and poverty. Ceci, who was born and lives in Natal, in the state of Rio Grande do Norte, complains that she has difficulties finding news about the region.

"I have more access to information about what is happening in São Paulo [in the southeastern region] than about [the state of] Paraíba, which is here to the side. And it often interests me more, because it is closer and it's more like my reality," she said in an interview with LatAm Journalism Review (LJR). 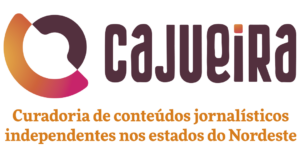 This need, to find journalistic content that portrays the region without stereotypes, was shared by three other journalists from the area: Nayara Felizardo, Mariama Correia and Joana Suarez. The result was Cajueira, a biweekly newsletter that launched in November 2020. The newsletter was designed by Correia – she invited the other three journalists, who currently run the project. For now, they all work on a voluntary basis, because the newsletter is free and has no funding or source of revenue.

The Cajueira team’s goal is to curate reports published by independent northeastern media outlets, mainly digital natives  – articles from the local traditional press are not included in the selection. With this, the journalists seek to help people who want to know more about the Northeast, which is the second most populous region in the country, home to more than 27 percent of Brazilians.

The region also has the largest number and the highest proportion of news deserts, which are municipalities without independent journalism outlets, according to Atlas da Notícia. There are 1,318 deserts, that is, 73.5 percent of northeastern municipalities have no media outlets. In this context, Cajueira also has the mission to disseminate and strengthen independent journalism in northeastern Brazil. 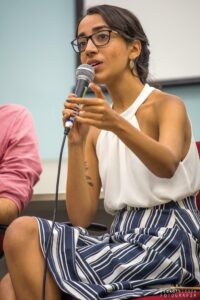 According to the creators of Cajueira, which is in its fourth edition, the newsletter has reached more than 800 subscribers. "We realized that this need was not just ours, many people no longer saw what was being portrayed in the press as their reality,” said Ceci, who works as a reporter for the newspaper Tribuna do Norte, founded in 1950 and based in Natal.

Joana Suarez, who also does the newsletter and works as a freelance journalist, agrees that Cajueira has been well-received. "I think something was missing that would look to the Northeast as a place of potential," she told LJR.

They both say that the invitation to participate in the newsletter was irrefutable. "I immediately accepted, we felt it was something that was stuck in our throat. We shared the same concern, to feel that the Northeast was only a story within certain contexts, and things that were happening here, that were of national interest, were left to the side," Ceci said.

For Suarez, who is from Recife, in the state of Pernambuco, the newsletter fit perfectly with the cause she had been defending of “leaving the Rio-São Paulo axis and decentralizing Brazil further." In her career, she had been going down this path: after working for years at a newspaper in Belo Horizonte, in the state of Minas Gerais, she decided to move to her home state. "I went looking for this national career in Recife instead of going to São Paulo, which would perhaps be the natural move. But I wanted to look at the Northeast as a national story. And as a freelancer there, I ended up publishing in more than 15 outlets,” she said.

She believes that the agenda of regional diversity has only gained importance in recent years in Brazil. Even in independent and young outlets, Suarez said, in which there is a concern with social, racial and gender diversity, there still isn’t a consideration of regional diversity. Suarez says that some recent events, such as the collapse of the healthcare system in Manaus, in the north of the country, have made clear the need to have reporters in those places.

"We need to have journalists, diverse in terms of region, in their territories, not only a Northeasterner working in São Paulo or a correspondent for the newspaper sent to the place, because the person who is there on a daily basis knows the territory best," Suarez argued.

Despite these failures in the coverage of the region by the traditional press, there are many independent journalism initiatives emerging in the Northeast, as the Cajueira journalists pointed out. They said the newsletter wants to add value to the professional and quality journalism that is being done locally, "with all rigor and commitment,” but that often does not gain notoriety and national visibility.

"In other regions, where more money circulates, independent journalism initiatives have had more opportunity to sprout and maintain themselves. So the idea is to publicize the initiatives that are being born in droves here, within the parameters of journalism that we consider serious and credible, so that they can sustain themselves. It is an urgent matter,” Ceci said.

Thus, the creators of Cajueira believe that the newsletter is of interest not only to the general public, but also to journalists who want to know these new outlets. "Including for communicators in the Northeast, for them to see among themselves what they have done and to encourage more products and collectives," Suarez said.

The issues, which have already addressed issues such as the COVID-19 pandemic and the 2020 municipal elections, also deal with issues related to journalism. In the last one, in January, the creators of Cajueira interviewed nine communicators from the region to talk about the prospects for 2021. In addition to publicizing what was published on these sites, the newsletter usually asks readers to support, with donations or subscriptions, the northeastern outlets. 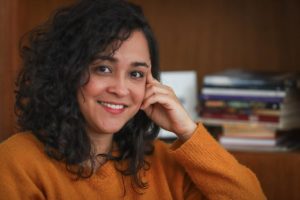 "We also made an edition only about journalism podcasts from the Northeast, to diversify accents in the podosphere, because most of the Brazilian podcasts are from the Southeast. So people can get used to other slang, other accents, and find themselves in a Brazil that is more plural and more diverse than what television shows,” Suarez said.

The choice of the name, Cajueira, is in honor of the cashew tree [cajueiro], typical of the region. "We chose cashew, a fruit that is native to the Northeast, sweet, juicy, that generates the nut and is used to do a million things, a lot to get out of this image of drought, desert and hunger in the Northeast. Since we are four women, then it was Cajueira,” Suarez explained.

This desire to break stereotypes about the region is one of the purposes of the newsletter. In the Cajueira manifesto, the journalists claim that the traditional media helps to crystallize symbols in the popular imagination, portraying the Northeast as the place of the parched landscape, the desert, or the paradisiacal beaches, "the vacation place." According to the text, this polarized view contributes to reinforce prejudices, such as that of the “lazy northeastern” and of “a needy and backward territory, where an uncultured but resilient population lives in the struggle for survival.”

The journalists reinforce that this vision seeks to "homogenize the realities of a diverse territory" and ignores the historical, cultural and economic relevance of the nine states in the region. For this reason, they defend that Cajueira is a way of trying to reinvent the Northeast: a curatorship of "inspiring, innovative and plural content," produced in a fertile territory.