Paraguayan journalist Pablo Medina Velázquez had been receiving death threats due to reports about the alleged involvement of politicians in drug trafficking on the border with Brazil. The threats materialized on Oct. 16, 2014, when two men shot at the journalist's car, hitting him four times. His assistant, Antonia Almada, was in the passenger seat and also died in the attack.

The Medina case is one of 19 murders of journalists in the South American country since 1991, the year that marks the re-democratization of Paraguay, and follows a well-known script: an investigative journalist digs into the story of drug trafficking, discovers links between politicians and other authorities with criminal organizations, receives threats and ends up murdered. Medina's case, however, is unique because the material and intellectual authors were arrested, tried and convicted.

“This shows that with capacity, with full awareness of the importance of the issue, and with efficient investigative parameters, it is possible to achieve sanctions against perpetrators of crimes and attacks against journalists,” José María Costa, coordinator of the Bureau for the Security of Journalists in Paraguay, told LatAm Journalism Review (LJR). 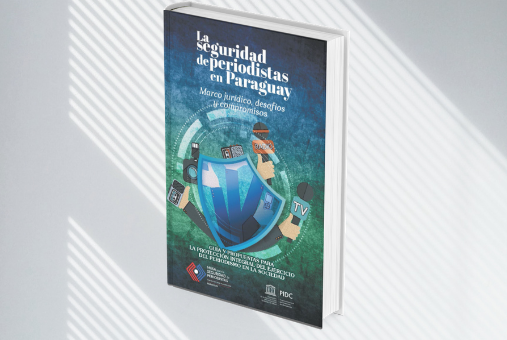 Costa is the organizer and one of the authors of the book “Security of journalists in Paraguay: Legal framework, challenges and commitments,” published this year. The publication consists of a series of articles by journalists and members of the judiciary, including a guide of recommendations for the protection of journalists and advocating that crimes against journalists be treated as violations of the right to freedom of expression.

The Bureau brings together public institutions and professional associations to seek solutions to violence against journalists. One is the creation of a specific protection and security law for journalists. Although he defends some kind of state protection mechanism, such as new legislation, Costa recognizes that it would not be enough if the authorities are not able to put it into practice. 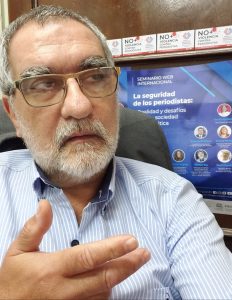 José María Costa, coordinator of the Bureau for the Safety of Journalists in Paraguay: protection and safety law for journalists will only be effective if the State is able to implement it

“A protection and security law for journalists would be an important tool, but we do not consider it sufficient, because even if we have a law, if we do not have a strong State that really has the conditions to act and guarantee journalistic work, it will not be of much use,” Costa said.

Costa's analysis echoes the case of Medina. Although he denounced the threats he suffered for his journalistic work and had police protection, he did not have bodyguards at the time of the attack that resulted in his death. In addition, the perpetrators of the threats were left alone by the authorities until the crime was carried out.

In one of the articles in the book, the secretary-general of the Paraguayan Journalists Union, Jimmi Peralta, explains that the Paraguayan legal framework lacks a norm that investigates crimes against journalists from the perspective of freedom of expression. As a result, they are treated as common crimes.

“In most cases of journalist murders, the antecedent was a threat that was not properly investigated or that did not receive an efficient response from the State. Cases of threats to journalists are not investigated by the public prosecutor because the law considers them crimes of private criminal action, and therefore, it is up to the victim to deal with the legal action, without the intervention of prosecutors,” Peralta writes.

The book “The security of journalists in Paraguay” was released a year after the most recent murder of a journalist in the country. On Feb. 12, 2020, Brazilian Lourenço “Léo” Veras was murdered in Pedro Juan Caballero, a city bordering Ponta Porã, in Brazil.

Veras was killed in his home while having dinner with his family. He ran the Porã News website and was a correspondent and fixer for publications in Paraguay and abroad. As in other cases, he was also the target of threats from criminal organizations. The case remains unsolved.

In Paraguay, most of the murders of journalists in the last 30 years took place in areas bordering Brazil or Argentina. Not surprisingly, a report by the Inter-American Commission on Human Rights included the Paraguayan border as one of the “silenced zones” of the American continent, where the danger to the practice of independent journalism is so high that few professionals take any chances. 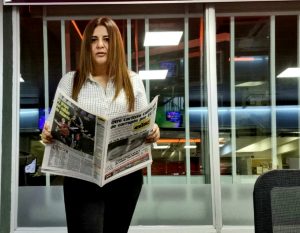 Marta Escurra, president of the Forum of Paraguayan Journalists (FOPEP): threats and aggressions are the starting point for more serious violations, such as murders of fellow journalists.

“What governs there [in the border cities] is the National Constitution of the Mafia, Drug Trafficking and Corruption, a complex framework in which there are people who hold political power, and incidentally, these people also have their own media used for their interests,” Marta Escurra, president of the Forum of Paraguayan Journalists (FOPEP), told LJR. In this type of situation, she says, the result is that journalists need to balance between self-censorship and the danger of retaliation.

According to Costa, despite the fact that organized crime is the greatest source of danger, many of the cases of threats monitored by the Bureau for the Safety of Journalists in Paraguay come from local politicians interested in silencing voices critical of their actions.

“On the other hand, there is also little training or capacity of security agents, both military and police, to understand the role of journalists and protect them. We have had cases of attacks by the military on journalists, and there have been attacks suffered by journalists while reporting, by police forces,” Costa said.

“Violations considered less serious [such as threats, attacks] somehow contribute to the environment in which journalists are murdered because they are the penultimate ratio before reaching what we do not want: the death of colleagues,” Escurra said.