In December 2020, as the first vaccines began to roll out across the world, journalists were tasked with pivoting from reporting on developments with the pandemic to covering an unprecedented global immunization effort. They were expected to become overnight experts on vaccinations, covering everything from clinical trials to distribution.

To help journalists expand their expertise, the Knight Center for Journalism in the Americas at the University of Texas at Austin teamed up with UNESCO and the World Health Organization (WHO) to offer a free webinar on vaccine development. The webinar, held Jan. 29, was funded in part by the European Union. It is now available online in English, Spanish, Portuguese, French, Arabic, Chinese and Russian. A version in Hindi will be posted soon. The webinar was held in advance of a Knight Center MOOC that will be offered on the same topic and that will be announced on JournalismCourses.org later this month.

“For the past year, journalists from around the world have found themselves covering the biggest story of their lifetime,” said Mallary Tenore, associate director of the Knight Center for Journalism in the Americas. “A global immunization effort is now underway, and journalists are now challenged and given the opportunity to cover the multidimensional aspects of the vaccine, both locally and internationally.”

The webinar featured medical experts, science journalists and researchers who offered tips on how to best report on the introduction and the rollout of vaccines. Thousands of people joined the webinar live, and the YouTube recordings have since generated about 7,000 views from around the world.

The webinar was divided into three sections and moderated by health and science journalist Maryn McKenna, who is a senior fellow at the Center for the Study of Human Health at Emory University in Atlanta, Georgia, U.S.

The first panel featured five science journalists who discussed best practices for vaccine coverage and how to fight misinformation and disinformation campaigns. In the second segment, science and health experts explained how journalists should approach coverage of vaccines without overhyping new developments. In the final panel, researchers discussed logistical and socioeconomic challenges with international vaccine distribution.

“The past year should have taught the world that independent and professional journalism is absolutely vital,” said Guy Berger, director for freedom of expression and media development at UNESCO. “Almost everyone today can easily appreciate that journalists are essential to monitor the range of responses to the pandemic.”

Using a global lens to report on vaccinations 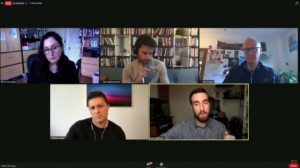 Journalists are now trying to tackle reporting on a worldwide immunization effort that is extremely complex. The vaccines themselves are different around the world, and the ability to  access them depends on the region.

While the science journalists in the first panel acknowledged that it can be difficult for reporters to manage covering COVID-19 even at their local level, they emphasized the need to think about the pandemic at a global level as well, including the unequal access to the vaccines.

For example, in Latin America the vaccine rollout has been almost nonexistent so far, according to Argentine science journalist Federico Kukso. Because of this, Latin American journalists are often focusing on the rollout through a social-political lens.

“We are looking at how other countries are vaccinating in the interim, mostly because as you know, Latin America, we don’t have many vaccines,” said Kukso, who is a board member of the World Federation of Science Journalists. “The region has been neglected, or ignored, by pharmaceutical companies, despite the fact that countries like Argentina, Peru, Chile, were the places where many of the clinical trials of these vaccines have been carried out.”

French journalist Yves Sciama echoed the need for a focus on geopolitical issues, saying that the vaccine rollout has given journalists an opportunity to expand outside of narrowly technical reporting and to focus on the bigger story.

“The vaccine issue is really a very good tool for journalists to get to the heart of how our societies work and about our values,” Sciama said. “Who gets the vaccine in priority? That says a lot about our societies.”

Another issue highlighted by the scientists was the wave of disinformation that has become its own kind of disease.

“During the last weeks and the last months, we heard absurd stories about vaccines with microchips that spy on people or vaccines turning people into alligators, for example. It’s bizarre, but it happened here in Brazil,” said André Biernath, science reporter for BBC Brasil and president of the Brazilian Network of Science Journalists.

Science journalists need to debunk that kind of information, but also have to respect and answer the doubts of people, he added.

Biernath pointed out that in Brazil, this kind of disinformation is coming from the government, while Kukso said it's a problem with big media outlets, especially those opposed to the government.

“They pay close attention to the adverse effects of vaccines,” Kukso said. “The media know that fear attracts clicks and in these times of the crisis of the press, this is very important.

How to report on vaccines

While reporting on the vaccine rollout from a global standpoint, it’s important for journalists to prioritize coverage that is practical for people all over the world, especially for those who might not yet have access to vaccines, according to experts on the second panel. Journalism that simply regurgitates efficacy rates may be missing the point, the experts said. The information can be overwhelming and even misleading without the proper context. 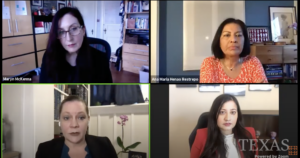 Ana Maria Henao-Restrepo, who works with the WHO on health emergencies preparedness and response, said it’s important for journalists to not overemphasize the role of vaccines. It’s tempting, she says, for journalists to play into the hype around vaccines and efficacy rates, but it does a disservice to their global audiences.

“It is quite trendy and very sexy to speak about vaccines and to throw around numbers about vaccine efficacy, but for the common person who is listening, this person may get the wrong message that he or she can’t do anything until the vaccine reaches their arms,” Henao-Restrepo said. “But they can do a lot today.”

While it’s important to explain the science behind the vaccines in order to combat anti-vaccination misinformation and disinformation, journalists should continue reporting on the prevention methods that are proven to reduce transmission, the scientists said.

Topics like wearing masks, social distancing, and washing hands are just as important today as they were a year ago, they said. Reporting on these topics gives people all over the world more agency in their pandemic response, regardless of whether or not their countries are already distributing vaccines.

“This is about global control of this pandemic and not about whether one vaccine works a little bit better in a certain population than another,” coronavirologist Angela Rasmussen said.

Yet another part of journalists’ responsibility in reporting on vaccines will be to cover distribution challenges. The problem is twofold. There are logistical issues with the administration of vaccines, and there are also problems with how the vaccines are perceived. Through trustworthy and transparent reporting, journalists can begin to shine a light on these issues, according to the panelists of researchers and experts in the third segment of the webinar. 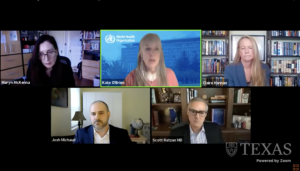 One of the main logistical issues with distributing vaccines is the need to maintain a cold chain, or a set of temperatures required to guarantee the potency of a vaccine. Without these freezing temperatures, a vaccine can spoil. The temperatures can be difficult to maintain, especially in rural and lower-income areas. The cold chain along with unequal distribution of the vaccine has caused inequities in access among countries.

Katherine O’Brien, who works at the World Health Organization, added that some countries committed to receiving a number of vaccines that is greater than the number of people in their country. She said that the WHO is encouraging these countries to redistribute the extra vaccines.

“That’s one issue that we’re seeing is, is the world really walking the walk and not just talking the talk on equitable, fair allocation?” O’Brien questioned. “The reason that’s so important is that we’re not getting out of this pandemic one country at a time.”

Facts based on epidemiology, science, and economics have all pointed to the need for a global response, she said.

Outside of the logistical points, there’s also a problem with how people are perceiving the vaccines. In the U.S., for example, about 33 percent of people surveyed by the Kaiser Family Foundation said they would not get vaccinated unless they were required to by work or school. Meanwhile, about 40 percent of people surveyed by the CUNY’s School of Public Health reported they were hesitant of the COVID-19 vaccines.

The panelists said tpeople were hesitant about the vaccine largely because they were concerned about potential side effects. Journalists, they said, could help fill in these information gaps.

“The journalists and the media are probably the most important vector...to get the information to people to make the appropriate decision,” said Scott Ratzan, who teaches community health and social sciences at CUNY. “It’s up to all of us to have creative, innovative communication that is not just the message, but is also the dosage. We need to have the message over and over again that is based in science and fact.”

Find a multilingual list of resources for journalists covering the COVID-19 vaccines here.