One in four women journalists has suffered online attacks, according to UNESCO report

Seventy-three percent of women journalists surveyed have suffered online harassment at some point because of their work, according to a recent UNESCO study.

The study, published in English and conducted by the International Center for Journalists (ICFJ), defines gender-based violence against women journalists as misogynistic threats and harassment on social media and the violation of privacy and digital security that increases physical risks related to sexual violence online. It also includes coordinated disinformation campaigns promoting misogyny and other forms of hate speech. 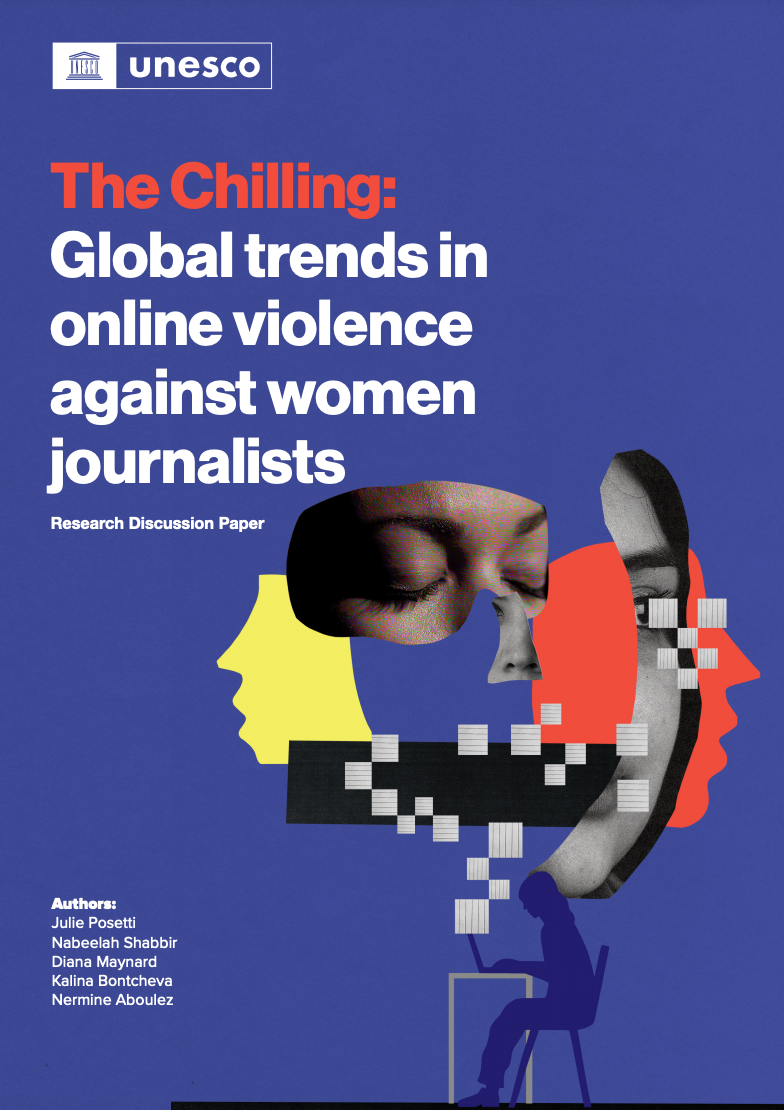 Global report from UNESCO on online violence against women journalists.

The report, "The Chilling: Global trends in online violence against women journalists," was presented at the end of April during the 2021 UNESCO World Press Freedom Conference. The full and extensive version of the report will be published in June this year in book format.

A team of 24 international researchers from 16 countries contributed to the report.

Between September and November 2020, researchers of the report conducted more than 900 surveys of women journalists from 125 countries. Most of the journalists contacted said they had received attacks based on disinformation that sought to discredit them personally and professionally. Especially in Latin America, Africa, Asia, and Arab countries, the attacks were sexually-oriented false narratives.

The personal attacks that 55 percent of those polled received were 40 percent misogynistic, sexist or explicit harassment, 59 percent of another type and 1 percent racist, according to the research.

In terms of race, attacks occur in greater numbers against women journalists who identified themselves as Indigenous (86%) and Black (81%), compared to 64 percent of attacks received by white women journalists, the study noted.

“There is nothing virtual about online violence,” the introduction of the report says. Online violence “has become the new frontline in journalism safety - and women journalists sit at the epicentre of risk.”

The study also focuses on under-studied developing countries, concluding that gender-based violence against women journalists is a global problem that has a disproportionate impact on situations of offline risk. Twenty percent of the surveyed journalists said they had suffered physical attacks or offline harassment related to previously received online attacks.

Two large cases that the study investigated were those of Philippine journalist Maria Ressa, editor of Rappler Philippines, and the British journalist Carole Cadwalladr, reporter for The Guardian, for which more than 2.5 million Facebook and Twitter posts directed independently at both journalists were analyzed.

In addition to the surveys and the two extensive case studies, the research includes 15 detailed case studies, including one from Brazil and one from Mexico. The latter will only be included in the forthcoming book. 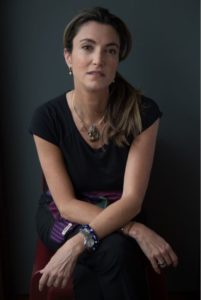 The Brazilian case is that of the journalist Patricia Campos Mello who suffered harassment on social media by far-right Brazilian President Jair Bolsonaro and his entourage.

This siege against Campos Mello was based on her reports in 2018 about the wave of disinformation that occurred during the presidential elections that favored Bolsonaro.

“The type of violence online was very aggressive, it was more false news. There were thousands of memes of a naked woman, or in bra and panties, with my face on it...thousands of memes with different [sexual] positions, movies, videos of me as a ‘prostitute journalist’, and threats such as ‘you should be raped,’” Campos Mello said, according to the report.

Campos Mello sued Bolsonaro, his son and some congressional members that participated in the online attacks, for moral damages. She won the case in early 2021.

In Brazil and the United States, attacks also take the form of shipments of offensive products, such as sex toys, etc., to the houses of journalists, according to the study.

“There should be no room for misogyny and violence in journalism. Social media platforms and governments must protect women journalists from online violence,” said António Guterres, UN secretary general.

The study identified three prevalent aspects of disinformation about gender violence to attack women journalists: disinformation is published on different online platforms; reporting on disinformation, digital conspiracies, and far-right extremisms are triggers for intensified attacks; those who spread disinformation use harassment and misogynistic threats to undermine the public's trust in critical journalism and facts in general.

The online attacks were also intensified by the coverage of gender issues - such as the legalization of abortion - affecting 49 percent of the journalists in the study, followed by political and election affairs, which affected 44 percent, and those of social policies and human rights, which affected 31 percent of those interviewed.

Thirty percent of the women journalists who participated in the study said they had self-censored on social media and 20 percent decided to stop their online interactions altogether. Self-censorship in general, according to the study, was the response of many of the surveyed journalists.

Among the study's findings is the paralyzing effect of online violence against women journalists on their careers and on a personal level. This type of violence by various actors, often organized, aims to diminish, humiliate and put them to shame, discrediting them as journalists and removing them from public debate, so that they are afraid and censor themselves.

Attacks on women journalists are becoming increasingly sophisticated and technological, as well as being organized and promoted by political actors, the study concluded. There is a climate of impunity around online attacks on women that are undermining journalism and freedom of expression, according to the investigation.

“News organisations must respond, but they can’t fix the problem… which is technological and political,” Julie Posetti said during the presentation of the story. Posetti is global research director at ICFJ and one of the main authors of the report.

In addition to news organizations, the report noted that the political actors and perpetrators of these attacks, the social media platforms that allow them to occur, and the law enforcement institutions must assume their responsibility in this situation.