News outlets that have the public as their main source of revenue, through subscriptions, membership, and other programs, are more inclined to integrate the voice of the audience into their editorial decisions. That's according to a study published in Brazilian Journalism Research, which analyzed 80 media from 20 countries in Latin America regarding the incidence of content generated by the audience. 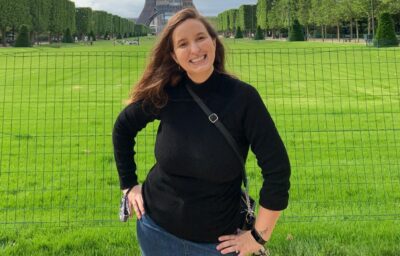 Sanseverino: Media that depend financially on the public tend to facilitate editorial collaboration with the audience. (Courtesy)

“What we see in their speech is that they depend on the public for their financial survival, because they are not dependent on advertising. They really need the members, the crowdsourcing, the The Intercept's crowdsourcing success. It depends so much on the public that they want to do journalism for this public, bringing them closer,” researcher Gabriela Gruszynski Sanseverino, one of the authors, told LatAm Journalism Review (LJR).

The study shows that most of the outlets analyzed relegate audience participation to social media content, such as viral photos and videos, republished with a focus on curiosity, without support for a deeper journalistic investigation.

This was not the case, however, for three of the media analyzed, which relied on the audience to produce relevant and high-level journalistic content in the context of the first months of the coronavirus pandemic. The previous existence of contact structures with members of the public also contributed to these experiences being successful.

In the case of Argentina’s RED/ACCIÓN, collaboration tools have been part of its structure since the media outlet’s founding in 2018, with the proposal to reconnect journalism with the audience, promoting its active participation in the editorial process. In the last 18 months since the pandemic was declared, the media outlet has been supported by its community to “co-create” content and identify opportunities to work on content that is useful to it, according to editorial director, Javier Drovetto. 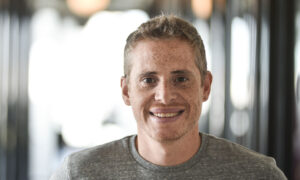 Drovetto: Journalistic outlets served as an informative company for the public during the more restricted periods of the quarantine. (Courtesy)

“A very clear example of this is the Guía para vivir en tiempos de coronavirus (Guide to Living in Times of Coronavirus), which from its birth, in the first months of the pandemic, was intended as a tool to answer people's daily doubts in the face of the health crisis. And in that sense, the audience was key: from a query form and from our social networks we have gathered a large proportion of the 80 questions that are answered in the guide,” Drovetto told LJR.

“The stricter quarantine closed many possibilities for us to be face to face with our audience, but through its participation, we were able to explain complex issues in a very welcoming way, such as the nightmares we can have when there is a crisis of this nature. That was very well achieved in this special Las pesadillas nos hablan: historia ilustrada de los sueños de nuestros lectores (Nightmares speak to us: An illustrated story of our readers' dreams),” Drovetto said.

According to the director, the community of paying members and subscribers to RED/ACCIÓN content continued to grow during the pandemic. He believes that the health crisis has given more value to the idea of community and the concept of subscriptions.

“In quarantine, many people saw a company in media such as RED/ACCIÓN. In every sense: an informative company, because we have made many efforts to generate useful content that is of service and that clarify, as far as possible, the health crisis; and a company in terms of community building, because we have precisely taken care to value the opinion, the contribution and the view of our readers in our journalism." 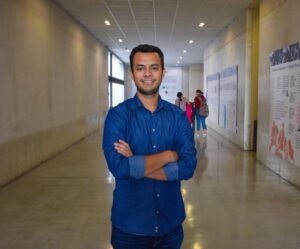 “RED/ACCIÓN, even before the pandemic, brought the public to work with reporters. A group of members, who they call, would go out into the street to participate in this process. … It has this structure from the ground up, unlike the others. And the other examples made good use of the pandemic period to carry out these experiments,” researcher Mathias Felipe de Lima Santos, one of the authors of the study, told LJR.

In Ecuador, the site GK was more than a company during the pandemic, but a crucial service provider at a time when its readers needed it most. The country was one of the hardest hit by COVID-19, with the collapse of the health system that led to a high number of deaths in a short period of time. To contain the contagion, a severe quarantine was decreed that even prohibited funerals of victims of the coronavirus. Sensitive to the public's pain, GK created the collaborative project “Voces para la Memoria” (Voices for Memory).

“A lot of people died very suddenly so that funerals were forbidden, groups were forbidden, goodbyes were forbidden, hugs were forbidden. And it seemed to us that it was important to be able to have a memorial, that is, create a digital space so that family members can say goodbye and can say what they would have said at the wake, the funeral,” Isabela Ponce, editorial director of GK, told LJR.

GK's audience was also key in the special “Los que no aparecen” (Those who don’t appear). After a report showed a delay in the release of bodies of victims of COVID-19 in the city of Guayaquil, the GK newsroom began to receive reports from readers who were facing the same problem. The site has created a page for submitting reports. 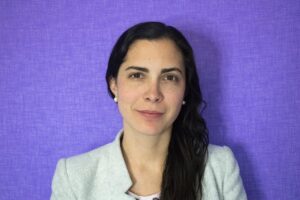 "We began to follow up on what had happened to those bodies. Then, the relatives themselves, we began to contact them one by one to find out the story and it seemed to us that the best way to tell the story was for them to tell it and then to be able to write it in first person,” Ponce said. “There are still bodies that have not appeared and we are working on this project, which will soon come out, a new stage for relatives who have not yet found their loved one."

The first person was also the format preferred by The Intercept Brasil. Even before the pandemic, the “Vozes” (Voices) section was used to tell stories from audience members. The site focuses on investigative journalism and prioritizes in-depth reports that take a longer time to investigate. With Vozes, the site gave more dynamism to its coverage of the pandemic. 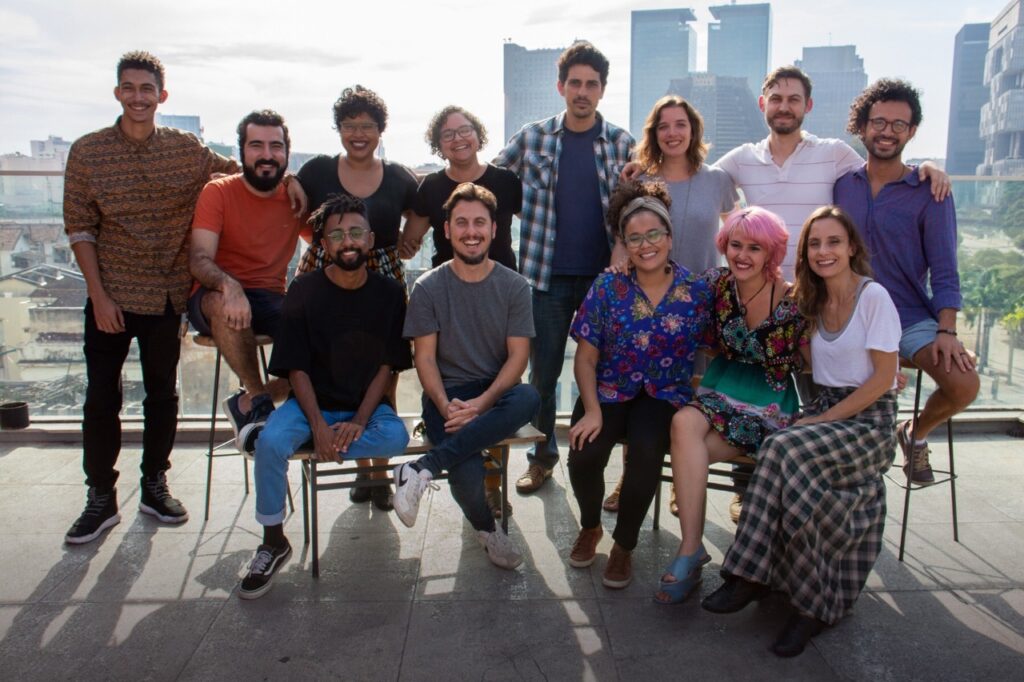 Lisboa (sitting on the right, wearing a white shirt, with the Intercept team): Journalistic rigor is the same when it comes to audience-generated content. (Photo: Walter Lima)

“Some reader stories arrived, which we received. We do fundraising newsletters, and in them, we explain what we are doing, then we give the example of Vozes, what we want with that, and ask the readers to send suggestions,” Silvia Lisboa, responsible for Vozes, told LJR. “But, of course, we do a whole search to check the information. There are many that don't come to anything, we go back and the thing is not confirmed, it wasn't quite like that. We have a whole journalistic procedure to check that information, to see if it really exists."

The process described by Lisboa is, in the researchers' assessment, one of the things that limit the implementation of more audience collaborations in journalistic outlets on the continent.

“It's because it takes work, right?,” Sanseverino said. “It takes a lot of work, the moment you start working with the public. That's what user-generated articles are usually about, which is the verification process, the ethical question of how to use, why to use. And increasingly, with newsrooms shrinking, it's a lot of work.”