The story begins in November 2010 with a group of young journalists, developers and lawyers who "believed they were changing the world," gathered in the "chilly mansion of Ellingham Hall, in the north of England," in a setting that the author describes like it was out of the Netflix series “The Crown.”

"The mansion was surrounded by pastures, the raising of pheasants, white pigeons and ponies," reports Brazilian journalist Natalia Viana. But it was there that the investigation and publication of secret U.S. cables, known as “Cablegate,” was developed. It is considered one of the biggest document leaks in the history of journalism.

With a first-person narrative that captures the subscriber's attention, the newsletter "O ano em que o WikiLeaks mudou o mundo" (The year that WikiLeaks changed the world) tells how Viana worked directly with Julian Assange in the days before the publication of extensive material by newspapers like Der Spiegel, Le Monde, The New York Times, The Guardian and El País, in addition to the Brazilian newspapers Folha de S. Paulo and O Globo. 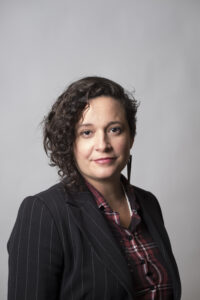 Viana, author of the newsletter and co-director of Pública. Photo: Personal Archive.

At the time, WikiLeaks made available more than 250,000 diplomatic cables from the U.S. State Department with revelations about U.S. foreign policy that had repercussions in several countries.

The three episodes of the newsletter published so far involve the reader with passages of mystery, reminiscent of spy films, new information and even small confessions by the author, who at the time was working as a freelancer. Viana tells, for example, about the fear she felt when she took, alone, copies of the documents on a thumb drive to Brazil – "I was shaking as I went through the airport check," Viana wrote in the text.

The newsletter, launched on Jan. 4, is sent every Monday and has a determined shelf life – the forecast is for a total six episodes. Those who signed up after the start receive one per day until reaching the current chapter, when they start receiving one per week. The newsletter is a partnership between Brazilian investigative journalism agency Pública and Canal Meio, which specializes in producing newsletters.

The idea came up at the end of last year, when Viana, who is the co-director of Pública, sought out Meio to work on the project. In addition to Cablegate's ten-year anniversary, Assange's trial was on the radar. In January 2021, a court in London ruled that the WikiLeaks founder would not be extradited to the United States. The American government will appeal the decision.

For Viana, this was a good time to return to the theme, which "is part of the recent history of humanity.” In addition, she had already written a longform account at the time, probably for a future book, which had never been published.

"I think it is a very important story for people to know, first because I think the story of Assange and WikiLeaks was very poorly told. The films [about it] are very bad, very shortsighted in relation to the work of WikiLeaks, which I saw up close and it's nothing like that," she told LatAm Journalism Review (LJR).

Viana believes that Assange's image has been distorted and, in a way, dehumanized. And that makes it more difficult for people to identify with him. "It is no wonder that he has been in prison for almost two years without major criticism from newspapers and human rights organizations. He did not steal, he did not kill, he is not a criminal, he published secret American documents, which help journalists and researchers from all over the world today,” she said.

Therefore, she argues that it is necessary to know Assange's story better. "It matters very little whether he is a nice person or not, although he is, as far as I know, a nice person. He is extremely brilliant, important for world journalism and has been effectively in prison for more than a decade without committing any crime, without having been convicted of any crime.” 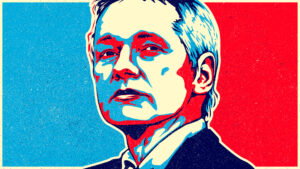 Illustration for the newsletter "The year that WikiLeaks changed the world". Image: Helton Mattei/Agência Pública

For the project, the journalist looked to Meio, due to its expertise in newsletters, and the proposal was well received. "We think the theme is relevant, there is a question of purpose. Pedro [Doria, co-founder of Meio] and I found it sensational, especially because Natalia has a very good text, and the story she is telling is very engaging, it makes you want to read more,” CEO of Meio, Vitor Conceição, told LJR.

The option to publish as a newsletter, instead of a series on the Pública website, for example, was because the team thought the narrative fit better in this type of format. "It is not exactly a report, it is a first-person account. We don't do that at Pública, we have few first-person reports, because we focus a lot on investigative journalism, we do a very technical job, based on data and documents. We don't even publish opinion, so I felt that the newsletter was a better format for that," Viana said.

She also believes that, as it reaches the subscriber's inbox directly, the newsletter is a more personal and intimate format, closer to the reader. And, as the author, she commented that she is feeling "very comfortable" on this channel.

"We thought that maybe it was a suitable space for me to open up that way, because I'm telling you very personal things, intimate reflections, which I don't know if I could do in a more open space. I'm really enjoying it, precisely because I feel I’m in a more intimate environment, speaking directly to people. I think that the newsletter has managed, in recent years, to find a welcoming space, say, in a world of journalism and the Internet that is very aggressive,” said Viana, who considers the project to be "an experiment." 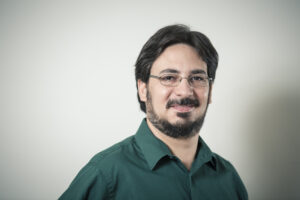 Conceição sees the initiative in the same way and explains that they are constantly testing. This is because the model of the pop-up narrative newsletter is very different from the current products on the market and also from what Meio is used to doing, which are daily informative newsletters.

"There are two things that make this newsletter different. First, it has a set shelf life, although we don’t have a fixed date to end it, we know it will end. Second, although you can read it from the middle, it doesn’t make sense, because it has an order. So we are constantly testing and learning,” Conceição said.

So far, the result has been quite positive, he said. The newsletter has almost 5,000 subscribers and an unsubscribe rate of less than 1 percent. "It is going very well, of course it is more niche, so it will not be a huge audience. But the acceptance is very good. Some episodes have an opening rate of more than 60 percent, and this rate for a journalism newsletter is, on average, 22 percent, according to MailChimp.”

Another interesting observation is that subscribers are willing to read long texts in this format, according to Meio’s own experience. "The episodes varied between 14, 13 and 9 minutes of average reading time. Our Saturday editions are more or less that size and they are read, because we have several tools to measure this and we know that people click on the links at the end of the newsletter, that is, they reach the end of the scroll," Conceição said.

The partnership, in addition to increasing the dissemination of the project, done through the channels of Pública and Meio, has been a learning experience, Viana said. "The people at Meio are very professional, they are experts in newsletters, they know in detail how to do it, the approach with the public. We are learning a lot. And for me it is very rewarding, finally being able to tell my story.”