Peruvian investigative journalist Gustavo Gorriti and the media outlet he founded and directs, IDL-Reporteros, were insulted by a group of demonstrators in front of their offices. 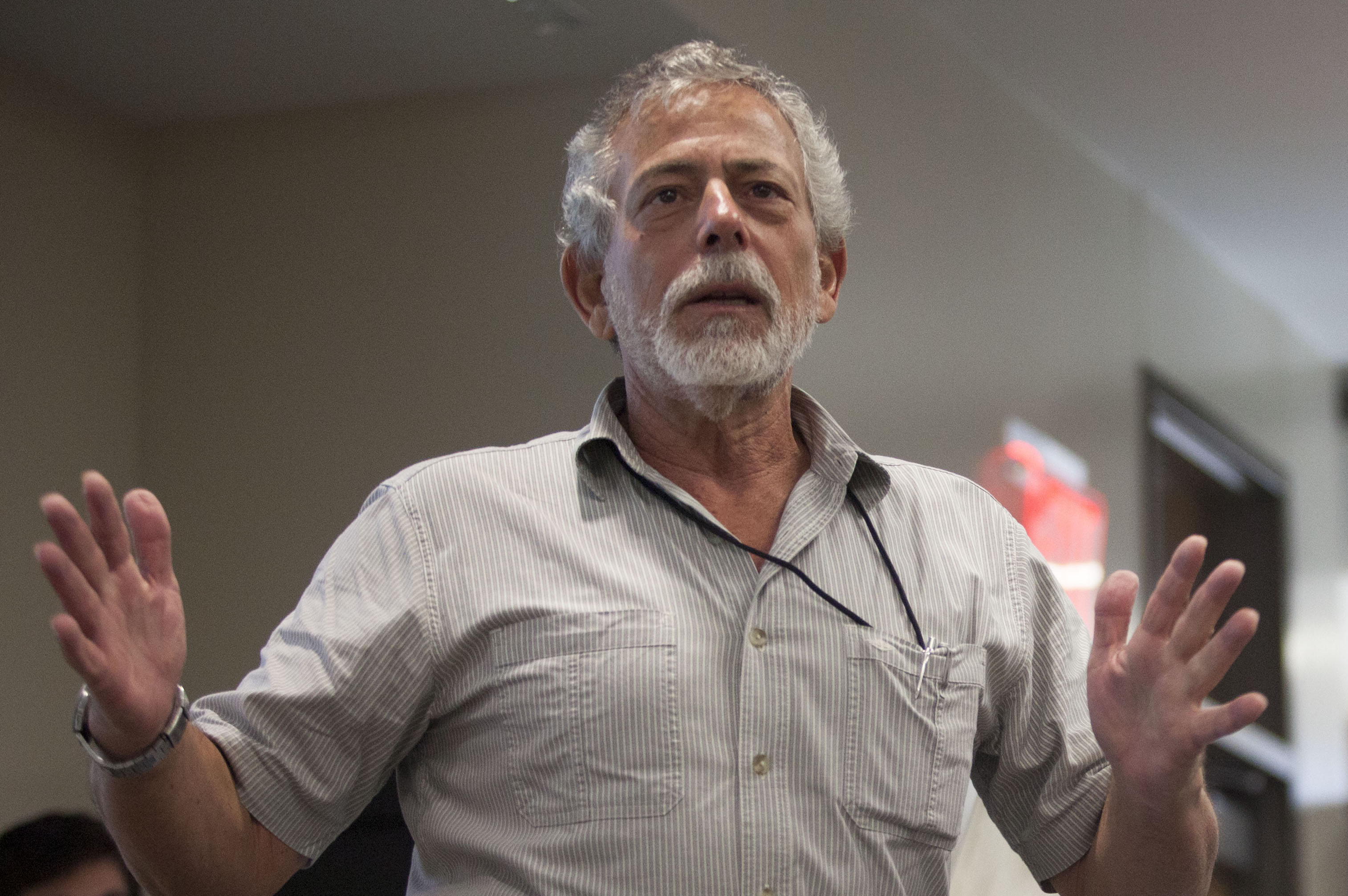 The group, made of people from different religious and anti-abortion movements such as Pro-Vida, Con Mis Hijos No te Metas and Iglesia Agua Viva, appeared in front of the news office on June 14 with signs and speakers, according to IDL-Reporteros. For almost one hour, they launched anti-Semitic insults against Gorriti, calling him corrupt, terrorist and mafioso.

Regarding this act of harassment, Gorriti told the Knight Center that in all his years as a journalist he had never before seen “a more repulsive act" in Peru. "The problem is that the disinformation, even if it is so vile, basic and all that, like what they do, is based simply on that: you repeat a lie with intensity and fervor," he said.

"On top of that they are people who contend that they are fighting for the morality of the family, good principles and everything, that with absolute shamelessness go out to defend people who are proven to be corrupt, and with attacks each more delirious, each more absolutely vehement, (. ..) it is simply a gross operation, coarse, lacking quality, of disinformation, mounted with the utmost lack of decency and shame," Gorriti said.

The protesters also carried dolls with the photograph of the journalist's face and of two other people, including investor and philanthropist George Soros, who is of Jewish origin. The police came to disperse them when they were trying to burn the dolls, Gorriti said.

The protesters also called Gorriti a killer. This is the second time the adjective has been used against the journalist. The first time was after the two-time Peruvian president Alan Garcia committed suicide, after which sit-ins characterized by insults were also organized in front of IDL-Reporteros, blaming Gorriti, according to the Committee to Protect Journalists (CPJ).

García was being investigated as part of Operation Car Wash, one of the biggest international scandals of corporate corruption that has led to the jailing of more than one former South American president. And so the former leader was also the subject of various IDL-Reporteros articles on the topic.

Weeks before his death, García launched several attacks against the work of IDL-Reporteros and Gorriti in the Car Wash case, attacking them via Twitter and Facebook. In response, Gorriti tried to respond to his accusations via Facebook Live but was blocked by that social network. He broadcast his response via YouTube after the blockade.

García shot himself in the head in his bedroom on April 17, 2019. This happened while the police were waiting for him at the door of his house to arrest him.

"When Alan García died, a group of scoundrels came out and said -- like the former minister (and APRA politician) González Posada, for example -- that I had practically pulled the trigger, and that the investigations of IDL-Reporteros and other media, about the corruption of Alan García, they led him to suicide, and that was equivalent to having him killed," Gorriti said.

Gorriti said that "absolutely outrageous accusation" has been disseminated on different platforms for those movements, which, as he said, support Fujimorismo and Aprismo, the two largest political forces in Congress. 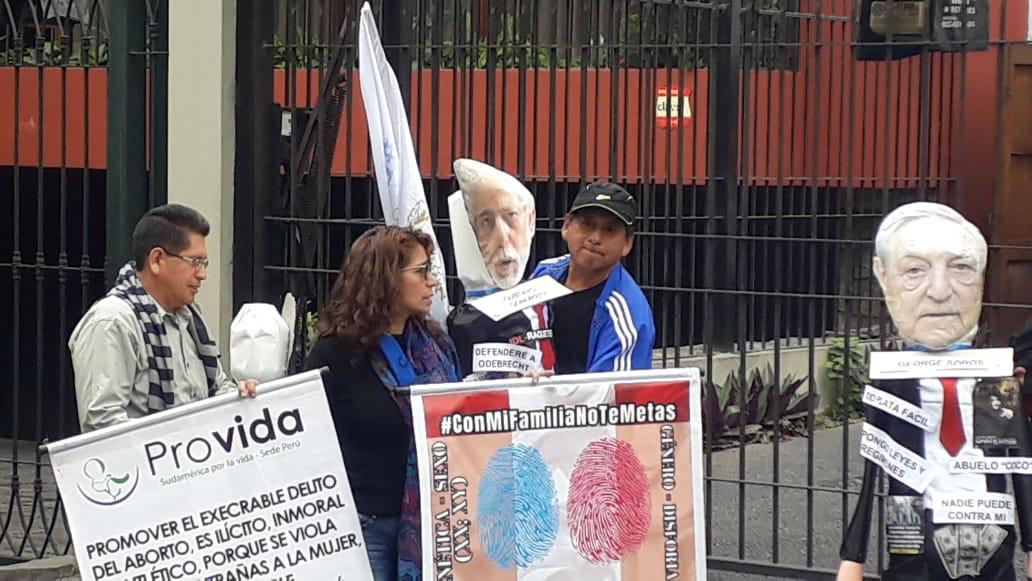 In Gorriti’s column in IDL-Reporteros, "La Pestilencia," published on June 18, several members of the most recent sit-in were identified. The site identified them with their first and last names and published photographs of some of the protesters with politicians and congress members from Keiko Fujimori's party Fuerza Popular.

Gorriti considers that the advance of investigations into Operation Car Wash motivated these demonstrations and the acts of harassment against IDL-Reporteros.

"Basically, the corrupt sectors are looking to defend themselves at any cost, and for the corrupt sectors, their defense is that of the traditional status quo. Never, but never, has so much in the fight against corruption progressed in Peru. Strategic advances of the kind that have been achieved now have never been achieved, never!" the journalist stressed.

The Peruvian newspaper Gestión published that the main Peruvian construction companies that allegedly are involved in the Car Wash case, now known as "the construction club," are embracing effective collaboration, providing valuable information to judicial investigations. Effective collaboration is when someone who committed a crime provides information in exchange for a benefit, according to news agency Andina.

"After Brazil, this is the country where further progress has been made [in judicial investigations]. At the same time, the investigations that exist with corruption in the judicial system are also reaching the level of having effective cooperation and will reach where these people are," Gorriti said.

He also said that the groups of power that allegedly are behind the attacks are doing everything possible to stop IDL-Reporteros' journalistic investigation on the subject.

CPJ expressed concern over the June 14 harassment against IDL-Reporteros and Gorriti. "In protecting freedom of information, Peruvian authorities must ensure that the press can operate in an environment free of pressure and harassment," the organization said via Twitter.

The Special Rapporteur for Freedom of Expression of the Inter-American Commission on Human Rights (IACHR), Edison Lanza, also asked the Peruvian State for protection measures for Gorriti and his investigative site. Lanza warned through Twitter about the escalation of attacks, which have moved from social networks to the public space.

The response that Gorriti and his team of reporters will give to these constant attacks will be to give more emphasis to their work, the journalist said.