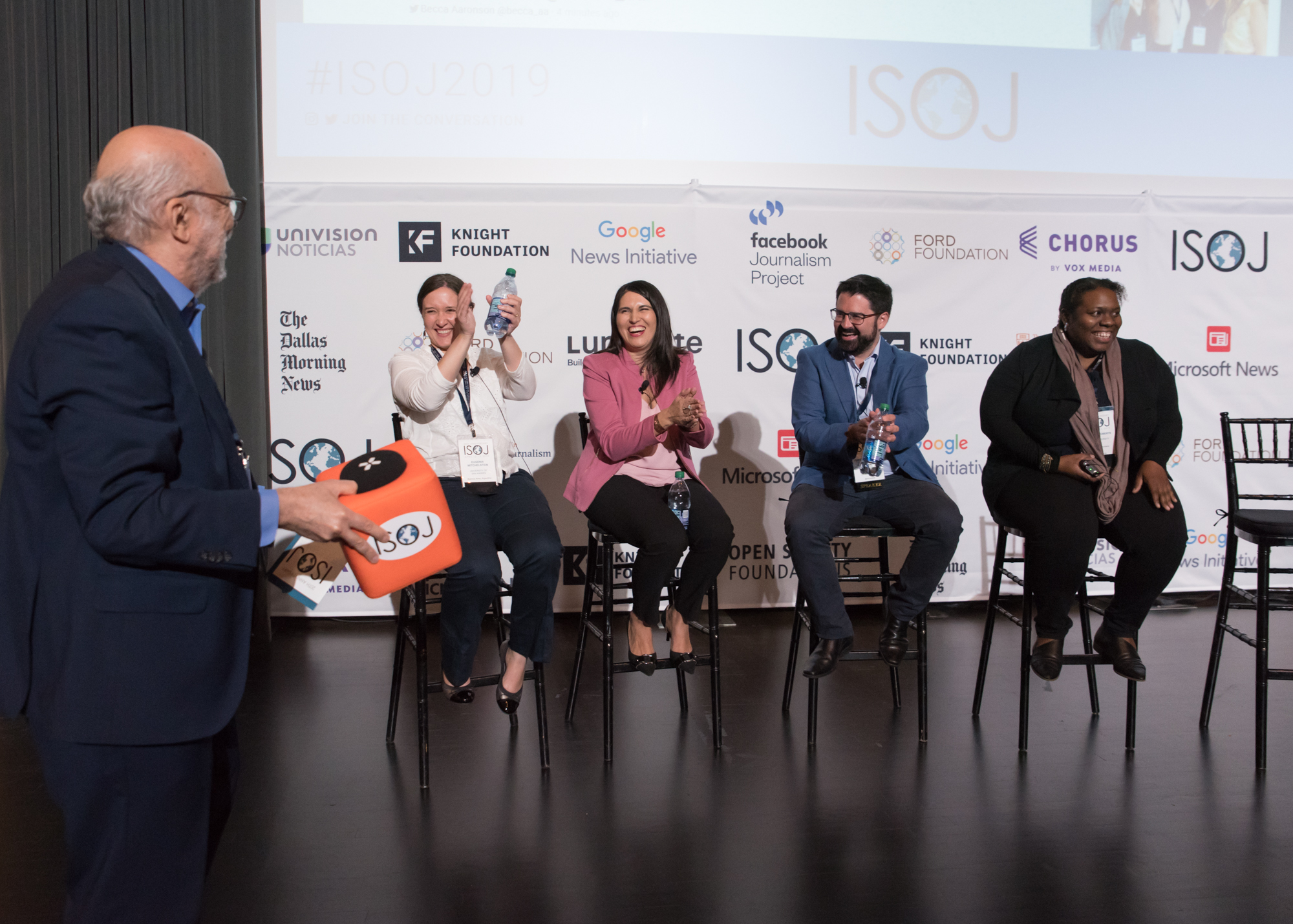 “One of the most important roles of journalism is holding the powerful accountable,” said Eugenia Mitchelstein, associate professor and director of the Communication Degree at University of San Andrés, Argentina, who chaired the research panel.

Federico Comesaña, of Universidad Católica del Uruguay, started off the discussion by sharing his research with Matías Dodel and Daniel Blanc, which looks at the effect of 2018 FIFA World Cup on Uruguayan news coverage of political issues.

According to the findings, news media sites in Uruguay reduced their reporting of the budget bill’s entry to parliament during the World Cup, said Comesaña.

A key theory associated with their work was agenda setting, which traditionally looks at how the news media sets the public’s agenda.

Comesaña said their research displayed a reverse-agenda setting effect. “Media could have shifted their agenda by anticipating or estimating public interest in two competing events.”

Shearon Roberts, an assistant professor of Mass Communication at Xavier University of Louisiana in New Orleans, discussed her research, “Mixing the old with the new through digital media: Political representation, race, and millennial voices in a changing Cuba.”

She interviewed 35 young Cuban journalists at nine media organizations in 2017 and documented how they use digital media to address issues that are changing Cuba.

Roberts attributed their aspirations to the impact of Cuban blogs, which have boomed with over half having news operations outside of the country.

“They want to develop careers like the more prominent blogs,” Roberts said.

“Most of them used blogs. They used them either anonymously or contributed to other blogs to post and write topics that they could not speak directly in their state media jobs.”

“The primary topic they are able to address directly digitally is the issue of politics,” she said. “They also discuss cultural, race and other sorts of issues that are up for the discussion in the changing Cuba.”

Magdalena Saldaña, an assistant professor in the School of Communications at Pontificia Universidad Católica de Chile, and a junior researcher at the Millennium Institute for Foundational Research on Data (IMFD), closed the panel by discussing her research on how journalists covered the earthquake in northern Chile in 2014.

Unlike coverage of a natural disaster in 2010, the Chilean journalists approached the 2014 earthquake in a highly politicized manner, Saldaña said.

“The government tries to push their frames to the attention of the journalists,” Saldaña said. “At the same time, the media portrays the successful management of the disaster.”

The main news coverage was not human interest-based stories, but instead it was from the political angle, she added.

Saldaña interviewed 15 political journalists who covered the 2014 earthquake to explain why they reported the news in such a way.

Another reason why journalists covered the earthquake as a political issue is driven by their intention to expose President Michelle Bachelet, Saldaña said.

Saldaña further explained that such intentions are shaped by the different ideologies between the center-left president and right-wing media outlets.

“Sometimes political sources need you to write about them, even it is not newsworthy,” said Saldaña, “because you need to keep the relationship with them.”

These scholars’ research appeared in the #ISOJ Journal, which is available online.