This story was originally published by Poynter's International Fact-Checking Network and has been reposted here with permission.

Speed and reach are the cornerstones of the second iteration of Reverso  — a collaboration of Argentinian media organizations fighting election misinformation organized by fact-checking organization Chequeado.

Originally launched in 2019, Reverso brought together more than 100 media organizations to both produce and distribute fact checks about Argentina’s 2019 presidential election. 41 organizations are participating in this latest iteration. Chequeado director Laura Zommer said this ensures the project has a footprint in each of Argentina’s 23 provinces and one autonomous zone.

This iteration of Reverso also does away with the requirement for partner organizations to contribute fact checks to the project. Zommer said this was to help streamline resources and not overburden Argentinian media organizations hurt economically by the pandemic. Instead, media partners will act as an early warning system for Chequeado to help them produce and respond to election misinformation more quickly. 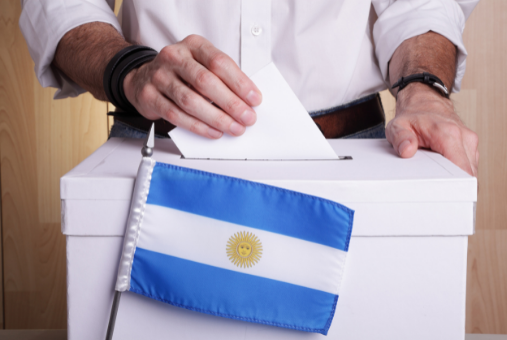 “It’s not that the media are just republishing what we create,” Zommer explained. “They are co-producing these alerts and saying here is some content that is useful to debunk.”

Zommer pointed to the diverse array of different media organizations participating in the project both in terms of format and ideology.

Zommer singled out political diversity as one of the keys to the success of the 2019 collaboration. She said it helped insulate the project from accusations of political bias.

The project is bringing back its transparent corrections policy, which it instituted among all participants in 2019. The policy helps inspire confidence in the project, but Zommer said there is also anecdotal evidence to suggest it may have improved the quality of journalism from individual project participants.

“If they had the article or bad content and they correct, in general what our experience was last time was it was just one time. They didn’t repeat it,” Zommer said. “It’s not easy to prove that it was this was because of Reverso, but what we saw last time is that most of the major media had just one correction.”

Chequeado will produce a report at the end of the project that analyzes the spread of election falsehoods and outlines which individuals and/or parties were the most prolific spreaders. Zommer said this kind of data will raise the cost of spreading election falsehoods by giving discrete numbers about who is most responsible.

Chequeado commissioned a study of the 2019 collaboration, which found that the organization’s fact checks led to a reduction of the distribution of false stories on Twitter.

“We can’t be sure that people changed their minds, but they changed their behavior,” Zommer said. “We increased the cost of the people to share something that is already tagged.”

Zommer said Argentina has faced myriad challenges since the country restored its democracy in 1983, but its elections have largely been transparent and accepted by the people.

“We want at least to be sure that disinformation doesn’t affect the legitimacy of the government that wins,” Zommer said.