Three bodies that could belong to two Ecuadoran journalists and a driver for newspaper El Comercio were found in Colombia, 88 days after the team was abducted near the border of the two countries. 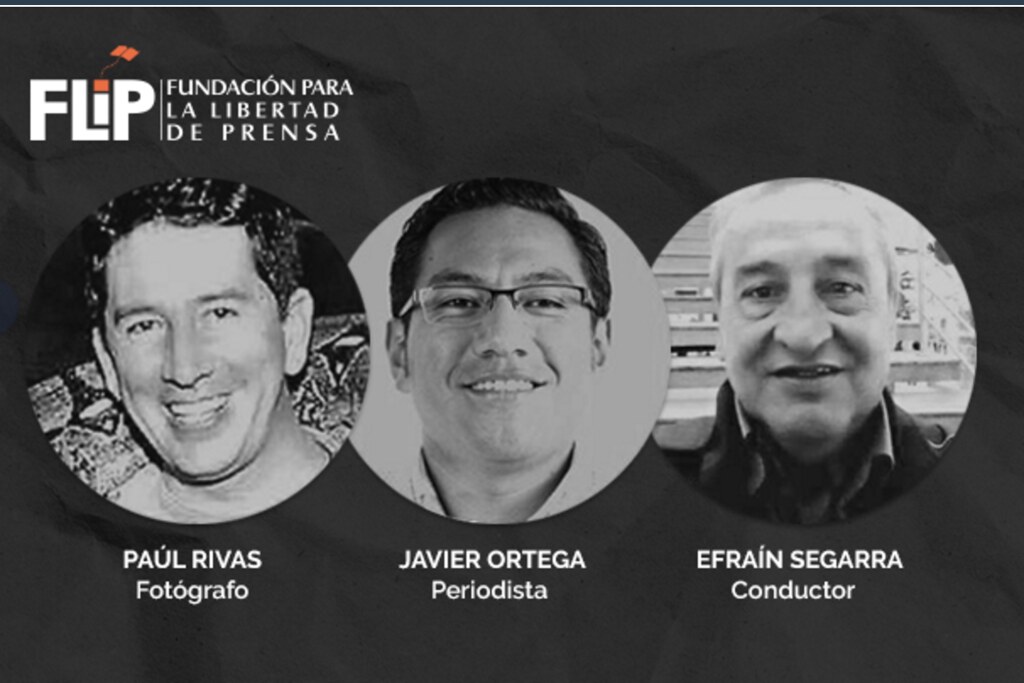 (Screenshot from FLIP, the Colombian press freedom group that has ben assisting the family members of the missing journalists)

Colombian authorities said they found the bodies in the southwestern city of Tumaco, according to El Comercio.

Army special forces and a special hostage unit found the remains of four people and that sources said the bodies had several garments the journalists wore in a video released shortly before their deaths, according to Colombian newspaper El Tiempo. The paper cited sources as saying the bodies were found, with the help of dogs, in pits in a minefield in a dense jungle area.

Colombian President Juan Manuel Santos confirmed the discovery of the bodies via Twitter.

Family members of photographer Paúl Rivas, journalist Javier Ortega and driver Efraín Segarra held a press conference on June 22 ahead of flying to Colombia to identify the remains.

During the press conference, family members demanded to be notified of updates in the case through formal channels, instead of through social media.

"Direct communication channels between governments and the families of the murdered press team are not working," said Ricardo Rivas, brother of Paúl Rivas. "We found out about the discovery of the bodies through Twitter."

Rivas, Ortega and Segarra were abducted on March 26, allegedly by the Oliver Sinisterra Front, a dissident group of the FARC. It happened close to a military checkpoint in nearby Mataje, Ecuador, which is near the Colombian border.

The men appeared in a video broadcast on Colombian channel RCN on April 3, telling Ecuadoran President Lenín Moreno that the captors would release them in exchange for three detainees and the cancellation of an anti-terrorism agreement between the two countries.

On April 11, a statement signed by the Oliver Sinisterra Front announced that the men were dead. The statement said that the Colombian and Ecuadoran governments “had not wanted to save the lives of the three hostages,” carrying out military operations near where they were being held. Ecuadoran Minister of the Interior César Navas said the country was not holding offensive operations in the border region where the group was abducted and had asked the Colombian government to refrain from carrying out operations that would affect the hostages’ lives, Infobae reported at the time.

Moreno confirmd their deaths on April 13.

Despite a public outcry to bring the bodies back to Ecuador, often spread on social media with the hashtag #NosFaltanTres (We’re Missing Three), and offers from humanitarian groups to retrieve the bodies, the bodies were never returned home.

On June 15, the Inter American Commission on Human Rights (IACHR) of the Organization of American States (OAS) held the first working meeting of the Special Monitoring Team, along with relatives of the journalists and members of the Ecuadoran state and civil society. Among the many aims is to investigate the abduction of the journalists and to fight any negative effects the case may have on freedom of expression in Ecuador, Fundamedios reported. The team planned to go to Colombia in July to begin investigations, it added.

In a press conference on June 21, the Ecuadoran attorney for the case said that upon positive identification of the bodies, they would start the process of repatriation, according to El Comercio.

According to El Tiempo, authorities are currently carrying out a major operation to capture Guacho, the leader of the Oliver Sinisterra Front.