In less than a week, three journalists have been murdered in Mexico, two of them women, in a spate of violence against the press that intensified at the beginning of 2022 and seems to be continuing.

Yesenia Mollinedo Falconi, 45, director of the news portal El Veraz, and Sheila Johana García Olvera, a 30-year-old camerawoman for the same media outlet, were shot dead on Monday afternoon, May 9, in the municipality of Cosoleacaque, in the south of the state of Veracruz. 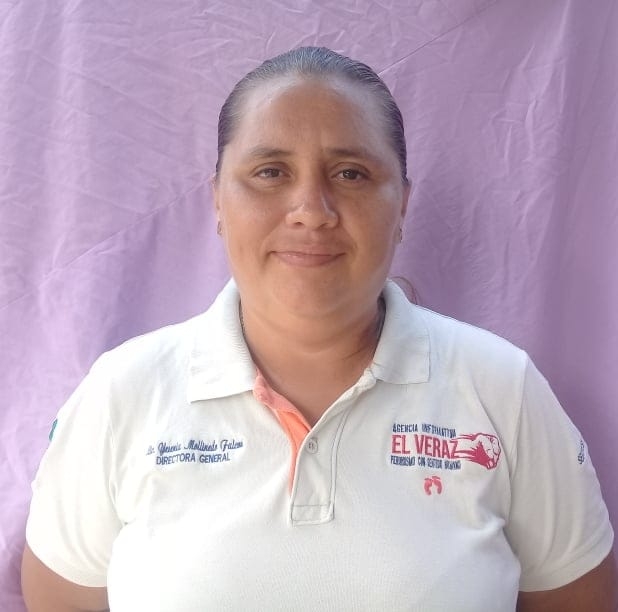 The journalists were attacked while they were in a car outside a convenience store, according to El Universal newspaper. Armed men on a motorcycle perpetrated the attack, according to reporter Carlos Alberto Santos, who reported the murder from the scene via Facebook Live.

Mollinedo was taken alive to the General Hospital in the neighboring city of Minatitlán, where she eventually lost her life.

"This crime terribly hurts my family, society, women, with a couple of femicides, this time again against reporters in Mexico," said the brother of one of the victims, also a journalist, Ramiro Mollinedo, during a message to the media streamed by the digital media he directs, Ahora 3030.

Following the events, the Department of Public Security of Veracruz reported that an operation was underway to find those responsible for the murder. Verónica Hernández Giadáns, the State Attorney General, announced on Twitter that an investigation had been opened in which the journalistic activity of Mollinedo y García would be considered as a possible motive for the crime.

Mollinedo's brother doubted that such an operation was underway to find those responsible for the assassinations of the journalists. In addition, he said that no authority had approached his family, except representatives of the Undersecretary of Human Rights of the Federal Ministry of the Interior, which is in charge of the Mechanism for the Protection of Journalists and Human Rights Defenders in the country.

The double murder comes just four days after the discovery of the body of journalist Luis Enrique Ramírez Ramos, founder of the Fuentes Fidedignas portal and columnist for the newspaper Debate. Ramírez, 59, was found dead on May 5, 2022, south of Culiacán, in the state of Sinaloa.

In 2012, Ramírez had taken refuge in Mexico City to flee a series of murders of journalists in his native Sinaloa. Days before his death, the journalist had been kidnapped by armed men, according to initial investigations.

UNESCO condemned the murder of the Sinaloan journalist and urged Mexican authorities to guarantee safe conditions for the exercise of press freedom in Mexico.

"The murder of Ramírez reminds us once again of the high price that journalists are paying in the exercise of their role as watchdogs of society. It is therefore essential for society as a whole that the perpetrators of this crime be brought to justice and that steps be taken to strengthen protection mechanisms that guarantee journalists a safe working environment," said Audrey Azoulay, UNESCO's director, in a statement issued on May 9. 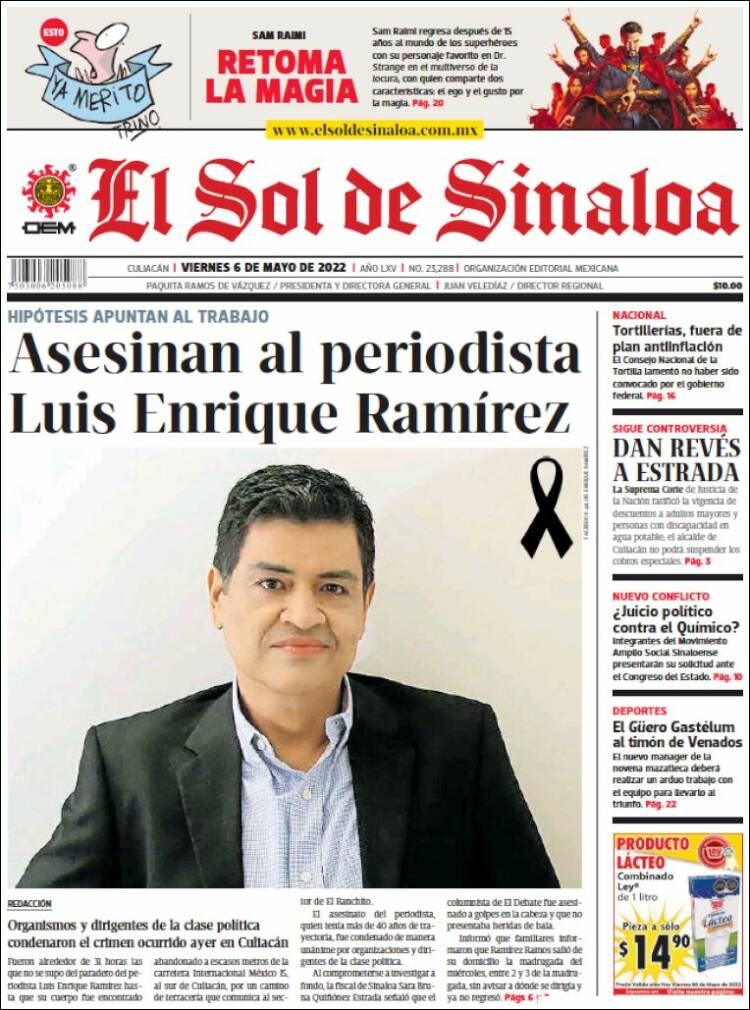 Days before his death, journalist Luis Enrique Ramírez had been kidnapped in his native Sinaloa. (Photo: El Sol de Sinaloa)

With the murders of Mollinedo, García and Ramírez, 11 journalists have been killed so far in 2022 in Mexico. In addition to the Veracruz journalists, another woman journalist was murdered this year: Lourdes Maldonado, who died in January in Tijuana, Baja California, after being shot outside her home.

In Veracruz, since the beginning of Governor Cuitláhuac García's administration, seven journalists have been murdered, according to press reports. In January of this year, José Luis Gamboa, journalist and editor of the native digital media InfoRegio and La Noticia, was stabbed to death.

This places Veracruz as one of the most dangerous places to practice journalism in Mexico. The state ranks second in the number of investigations for crimes against journalists, only behind Mexico City, according to a report by the Special Prosecutor's Office for Attention to Crimes Committed against Freedom of Expression (FEADLE).

Between 2010 and 2021, Mexico has on record 1,167 aggressions against women journalists, according to the organization Article 19. Of that number, at least 397 aggressions have come from public officials, 87 from political parties, 78 from security forces, and 57 from organized crime, according to the report "Siege, Threat and Attack. The Vulnerable Condition of Journalists in Mexico," published by the organization Signa_Lab on May 9, 2022.

The document shows that patterns were found that seem to indicate that the topics covered by women journalists are a factor related to the propensity of becoming victims of aggressions.

"Of the total number of reported episodes, 428 cases correspond to journalists covering corruption and politics, 167 dealt with human rights issues, 134 worked on protests and/or social movements, 94 on security and justice, 22 covered land and territory," according to the report.

Since 2020, Yesenia Mollinedo had been receiving threats, presumably as a result of her coverage of police matters in the southern area of Veracruz, according to her brother.

"Yesenia, like the women journalists, reporters and camerawomen who take up this great profession [...] was working despite the multiple threats to which she had been subjected for a year and a half and which worsened on April 30," Mollinedo said. "Here they are offending journalism, they killed a woman here, but they killed above all a woman who always dared to tell the truth. And who, under the constant threats they made against her for her publications against the state police, the civil police and against criminals, forced her to take down [the information] under threat, until they finally achieved their goal of killing Yesenia and Johana yesterday."

Yesenia, the youngest of a family of nine children and mother of an underage daughter, worked for 13 years with her brother at Ahora 3030. In 2017, she became independent and founded the news portal El Veraz, which in recent years operated solely through Facebook.

The journalist and her team covered politics and local issues, especially issues related to insecurity in the municipality of Cosoleacaque and surrounding territories, a region considered a "hot zone," due to the presence of drug cartels and its proximity to the oil region of the Gulf of Mexico coast. 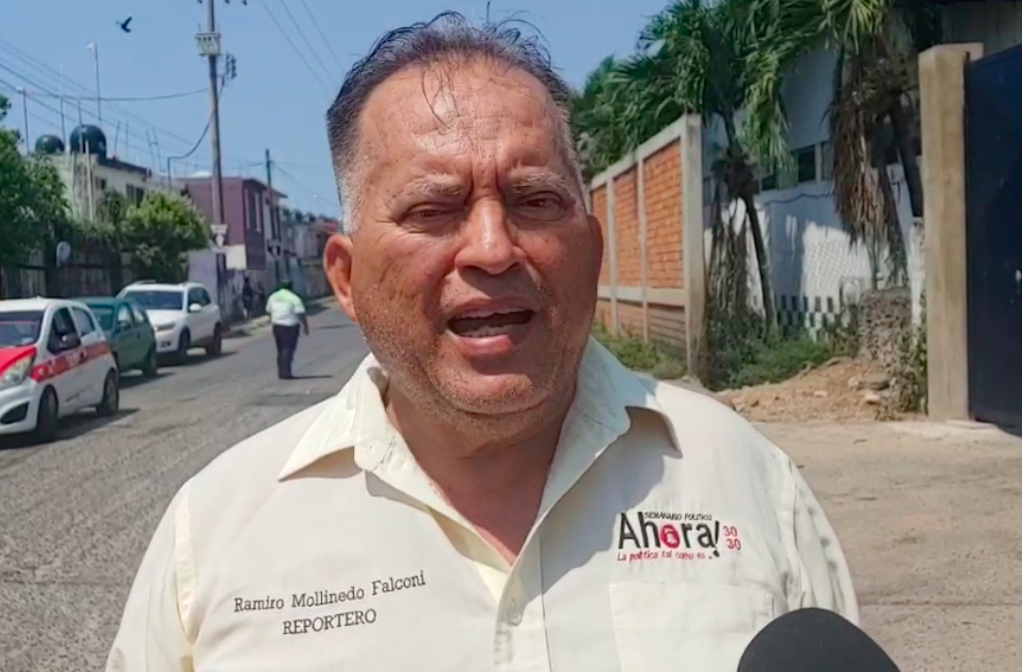 Journalist Ramiro Mollinedo, brother of one of the victims, demanded justice on behalf of his sister and the journalists murdered in Veracruz. (Photo: Facebook Live screenshot)

Johanna García is survived by three children, ages 6, 11 and 15, respectively.

On Monday, May 9, when the murder of the two Veracruz journalists was announced, journalists' associations such as Encuentro Nacional de Periodistas, Fraternidad de Reporteros de México and Periodistas Unidos were protesting in Mexico City in condemnation of the murder a few days earlier of their colleague Luis Enrique Ramírez.

With slogans such as "You don't kill the truth by killing journalists" and "Neither silence nor forgetting," the journalists called for justice for the death of the 11 journalists murdered in Mexico this year and for the almost 60 whose lives were cut short since López Obrador took office in 2018.