Venezuelan journalist detained after reporting on the pandemic is released, but judicial process continues

After 12 days in a unit of the Special Action Forces (FAES, for its acronym in Spanish) of the Venezuelan police, journalist Darvinson Rojas was released. 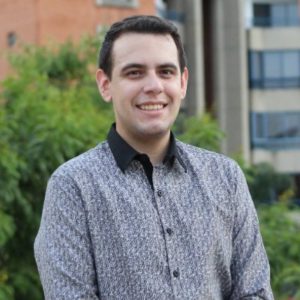 Rojas was arrested on March 21 by the FAES, an elite police unit created by the current government, who raided his home and took his work equipment. According to freedom of expression group Espacio Público, he was arrested for reporting on the coronavirus pandemic in Venezuela through social networks.

Carlos Correa, director of Espacio Público, told the Knight Center that Rojas has been released, with an open judicial process. The trial is "based on two types [of crimes] that are in the so-called law, which for us is not a law, which is the Anti-Hate Law: instigation to hate and public instigation," Correa said.

Espacio Público, the organization that carries out his legal defense, reported on its website that Rojas's release order was issued on March 31, however, the journalist was transferred to his home on the night of April 2 in a police vehicle, without the family or his attorneys having been previously notified.

The National Union of Press Workers (SNTP) published on Twitter that Rojas was released with precautionary measures to continue his judicial process in freedom.

“Today (April 3) we went with him (Rojas) to the court to see if he could see the file [of his case], to see the details of whether those precautionary measures, which are the substitute measures, included apart from the presentation of the four bonds, some additional element, but it was not possible to see the file. He will just be able to see it next Saturday (April 11),” Correa said.

"More than 280 hours detained by the FAES after he published information related to the COVID-19 pandemic," the Press and Society Institute of Venezuela (IPYS) published on Twitter while demanding justice and full freedom for Rojas.

IPYS Venezuela published a video on its Twitter account with Rojas' statements after his release. "I want to thank my fellow journalists, my friends, all the people who, without knowing me, were attentive to my case," Rojas said in the video.

“I want to tell you that my commitment to information continues, I do not have any type of restriction to continue my work. There is a limitation that is access to my network accounts, which is through my phone, which was part of the evidence of the case. So, for now, I will be away from my accounts, until I get my number back,” the journalist said.

According to Espacio Público, Rojas suffered psychological abuse and threats during his detention. The organization said FAES agents threatened him with more time in detention if the pressure on social networks of his fellow journalists, citizens and civil organizations demanding his release did not stop.

"The anti-hate legislation is illegal, emanating from an institution installed unconstitutionally and lacking the power to legislate, since the only body with these powers is the National Assembly elected by Venezuelans," Espacio Público said. The organization made reference to the enactment in November 2017 of the Anti-Hate Law by the National Constituent Assembly, an organ that the government of Nicolás Maduro installed by decree to modify the constitution.