On Oct. 7, the Brazilian electorate goes to the polls for general elections marked by the intense dissemination of rumors and fraudulent news on social networks, also fomented by the public’s distrust of the press. In this charged political and media environment, journalists have been consistently targeted for doing their investigative and reporting work.

In the last ten days of September, at least 12 Brazilian journalists were targets of online aggressions, according to a survey by the Brazilian Association of Investigative Journalism (Abraji), and at least one was physically assaulted. Since May, the organization has recorded 64 cases of harassment in digital media and 57 physical assaults against journalists related to the elections. 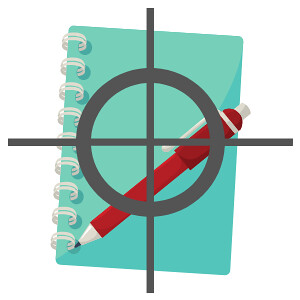 The most recent case is that of reporter Ana Nery, of Rádio Bandeirantes, who was targetted by offenses and physical aggression on Sept. 30. She was covering a demonstration in favor of presidential hopeful Jair Bolsonaro (PSL), candidate of the ultra-right and leader in the electoral polls, in São Paulo.

According to the collective Journalists against Harassment, Nery was interviewing a Military Police (PM, for its initials in Portuguese) captain about the police action at the rally when a man approached her and began verbally assaulting her, calling her "a crook and shitty press."

The reporter picked up her cell phone to record the insults, and the man headbutt her, according to a note from the collective, which added that "the policemen who witnessed the scene only removed the aggressor and did not help the journalist." Two people witnessed the assault and offered to be witnesses for Nery, who filed an incident report and presented a photo of the assailant to the police, according to Abraji.

Asked about the case by the site Ponte Jornalismo, the military police said it regretted the "incident with the journalist, in a clear demonstration of intolerance and aggression, characteristics incompatible with the democratic state" and said that it was available to Nery "so that the necessary measures for the accountability of the perpetrator would be carried out."

Among the online attacks against journalists recorded by Abraji are undue exposure, defamation, offenses and even threat of physical violence and death. Twitter is the main arena for attacks, but professional profiles on Facebook and Instagram are also attacked. In one case, a reporter's WhatsApp account was hacked.

A common thread among the attacks recorded by the organization at the end of September were that all were motivated by texts critical of Jair Bolsonaro.

This is the case of reporters Talyta Vespa, from the site UOL; Marina Dias, Rubens Valente and Thais Arbex, of the newspaper Folha de S. Paulo; Nonato Viegas, Thiago Bronzatto and Hugo Marques, of Veja magazine; and columnist Carol Pires of the Spanish edition of The New York Times.

The UOL reporter published a report on Bolsonaro voters, while Folha de S. Paulo and Veja reporters published investigations about the presidential candidate's second divorce and alleged death threats from Bolsonaro against his ex-wife in 2009, as well as an alleged  concealment of the candidate's assets in 2006. Pires has published an opinion piece about how Brazil "flirts with a return to the dark days" in view of the possibility of electing Bolsonaro, an enthusiast of the military dictatorship that ruled Brazil between 1964 and 1985. 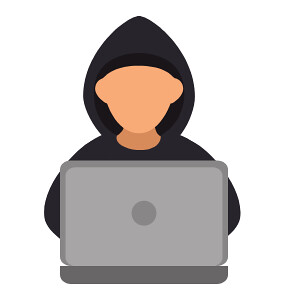 Talyta Vespa had her WhatsApp account hacked and her contacts deleted on Sept. 19, according to UOL. All conversations, photos, videos, and contacts have been deleted, and her profile is now displaying "bolsonaro" below her in-app identification. Also according to the site, WhatsApp was contacted and could not explain how the hacking happened. The journalist recorded an incident report with the police since in Brazil the hacking of someone else’s computer device is a crime punishable by up to a year in prison.

Five days later, Marina Dias became the target of undue exposure, harassment and defamation on social networks, according to Abraji. Supporters of Bolsonaro, "driven by public figures such as the comedian Danilo Gentili and the writer Flavio Gordon, expose the image of the journalist and refer to her in a pejorative and aggressive way," the entity wrote.

A journalist also named Marina Dias, a reporter for Encontro magazine, in Belo Horizonte, was mistakenly identified as Folha's reporter responsible for the story about the presidential candidate and began to be harassed on social networks. She told the newspaper that her personal information, such as phone number, email, date of birth and photos, were released. "I was very astonished, very stunned by the fact that no one cares if what is replicating is true or not, and by the hate and the unjustifiable and absurd content of the messages," the journalist told Folha. She also filed an incident report and said she was evaluating what legal measures to take.

Rubens Valente, a reporter who signed the story with Dias from Folha, was also targeted by "verbal assaults and exposure of the image associated with derogatory phrases," Abraji wrote. Meanwhile, Veja reporters began to receive swearing, homophobic comments and threats of physical violence on their profiles on social networks after the report was published on the 28th.

Carol Pires of the NYT was subjected to undue exposure, according to Abraji. A Twitter user who has 73,000 followers posted photo prints of Pires interviewing a former FARC guerrilla commander in Havana and in front of a mural of Che Guevara in Ayotzinapa, Mexico. Other users called the journalist “idiot” and “slut” in the comments.

In a statement, Abraji "vehemently" condemned the online offensive against journalists. "Harassment directed at a communications professional because of her work has reached a new - and worse - level, by exposing in a criminal way personal data from third parties, spreading the aggressions. Promoting persecution of journalists because of disagreement over what they publish is directly attacking democracy," the association wrote, adding that" it is urgent and necessary for candidates in the current election to publicly protest against such attacks and discourage them. Silence in the face of the violence practiced by its supporters is equal to collusion with attacks on freedom of expression.”

The Knight Center contacted the press office of PSL, Jair Bolsonaro's party, and two of its advisers, but did not receive a response by the time of publication.