The La Nación Data team in Argentina was one of the winners of this edition of the Sigma Awards, thanks to its portfolio of projects. (Credit: Courtesy)

Latin American data journalism had an important representation in the 2022 Sigma Awards. Works from Argentina, Peru, Colombia and Brazil were shortlisted among more than 600 candidates from 379 media outlets around the world. The La Nación Data team in Argentina was one of the winners of this edition, thanks to its portfolio of projects.

The Sigma Awards are considered one of the most prestigious awards in the field and aim to celebrate the best data journalism in the world. And also, as stated on their website, they seek to empower, uplift and enlighten the global community of data journalists.

Latam Journalism Review (LJR) spoke with the leaders of the Latin American projects featured in the 2022 Sigma Awards to learn about their process in making these stories and their reaction to being nominated.

This year the data team of the La Nación news outlet in Argentina was one of the winners for best portfolio, along with media outlets such as Propublica from the United States and Important Stories from Russia. Their portfolio includes works on climate change, covid vaccination, inflation, and the use of artificial intelligence to monitor elections or analyze trap-style songs.

“We are really very happy with the awards that the team has received on different occasions. It is a source of pride and motivation to keep going. There is no secret. Rather, we work and always seek to learn new trends and technologies,” Gabriela Bouret, project leader at La Nación Data, told LJR.

The team was also nominated in the category of individual projects for the work "Yeah, the neighborhood, drugs and luxury: That's how they sound and this is what the trap artists talk about in the centennial playlist." Using artificial intelligence and machine learning for the first time, they analyzed 600 trap music lyrics to, as they said in their application, demystify the concepts around the genre and understand what these popular artists are talking about among the new generations.

“Our idea was to create a product that could reach younger audiences. So, speaking with the social media editor of the newspaper named Félix Ramallo, we came up with this idea of being able to analyze trap lyrics, which is a super-famous genre among young people here in Argentina, and we decided to do it using artificial intelligence. Then, the two worlds came together. On the one hand, all the parts of innovation plus technology. On the other hand, the part of new audiences, new products and a different way of doing journalism,” Delfina Arambillet, data journalist and member of Nación Data, told LJR.

Bouret and Arambillet said they counted how many times the rappers repeated their name in the songs, as well as the allusion to luxury brands. They also made use of techniques such as 'Clustering' and 'Topic Modeling' to analyze song lyrics.

The use of this type of technology has its challenges, especially when they are implemented in languages other than English. "We faced a double challenge because the artificial intelligence models in Spanish do not work as well as the models in English," Arambillet said. “In addition, today's models are trained with texts written in prose and not in poetry, such as trap songs. Then, it had an even higher difficulty level. It was quite a challenge and we had to supplement the model with different dictionaries.”

The Peruvian news outlet focused on health issues, Salud con Lupa, in alliance with the Epistemonikos Foundation, was nominated for the 2022 Sigma Awards for its work Scientifically Proven: an analysis of the most used treatments against COVID-19.

This project consisted of reviewing each week the evolution of the available evidence for 46 of the most used treatments and drugs against COVID-19. Each treatment is given a seven-tier classification ranging from "standard treatment" to "not supported by science."

“We in Peru had a complicated context. At the beginning of the pandemic, several drugs and therapies were authorized without scientific support. We found cases of the use of Ivermectin or Azithromycin, drugs that could probably work, but it was not known for sure,” Jason Martínez, computer scientist and co-founder of Salud con Lupa, told LJR. 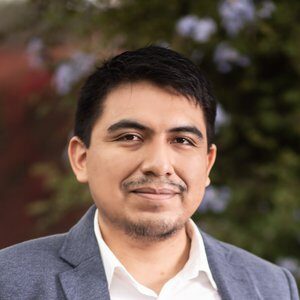 “This nomination made us very happy because Salud con Lupa will be just three years old and we have already done data journalism work that has been recognized,” Jason Martínez, co-founder of Salud con Lupa, said. (Credit: Courtesy)

“So we proposed this project to the Epistemonikos foundation because they do just that: review of evidence, review of studies and clinical trials to be able to determine through the methodology (which is called systematic reviews) how reliable the evidence is about something and how much you can say based on that evidence,” Martínez added.

The project was launched in September 2020 and its main attraction is a visualization of how the evidence for each drug has evolved over time. They also have a search engine where you can review the results by type of treatment or by their classification.

“This nomination made us very happy because Salud con Lupa will be just three years old and we have already carried out data journalism work that has been recognized. This project also received a Gabo Award nomination in the innovation category. So, we're happy," Martinez said.

The Salud con Lupa team plans to continue updating the visualization every time new evidence is published on a drug or treatment against the disease.

The project "We know what you did this past legislature" of the Cuestión Pública from Colombia news outlet was nominee for the 2022 Sigma Awards. Their investigation shows the assets of more than 75 senators and their networks, including their companies, family businesses, state contracts and private interests.

“This is our first nomination for an award. This type of research and data work is very new in Colombia and is not yet widely understood. People are used to traditional research. When we found out about this nomination we were very happy because the team finally felt recognition for a job that has been enormous,” Claudia Báez, data editor of Cuestión Pública, told LJR.

Thirty seven people participated in the investigation, among developers, designers, researchers, journalists, and fact checkers. According to Báez, fact-checking is a fundamental part of the work they do. “A lot of fact-checking of the information is needed, because if the nodes of ‘we know what you did’ are counted, we are talking about three thousand five hundred and fifty entities (between people and companies). That means that any of those people can contest the information and say that it’s not true. We have very high standards for verifying the information to avoid pressure,” Báez said. 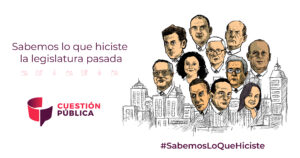 The investigation carried out by the Colombian news organization Cuestión Pública showed the assets of more than 75 senators and their networks. (Credit: Screenshot)

However, these pressures have not been long in coming. Currently, Báez and her partner Diana Salinas are being criminally sued before the Colombian Attorney General's Office by the president of the Senate, Juan Diego Gómez, due to the investigation published about his assets.

Brazil has been a benchmark for data journalism in Latin America.  This year they received five nominations in the individual project category and one in the portfolio category. Brazil was the country with the most nominations after the United States. However, it did not appear on the list of 2022 winners.

One of the projects submitted by Brazil was Infoamazonia's Engolindo Fumaça, which investigated the effects of air pollution caused by forest fires on the health of the Brazilian Amazon population during the pandemic.

"The most difficult part of the project was working with satellite data and defining which air pollution databases would best suit our purposes," the filmmaking team explained in their award application. "Immediate cross-referencing of Covid case data and fire hotspots soon showed that the relationship to health was not the fire itself, but the pollution it generates. We then analyzed air quality data sets and realized that there were a multitude of variables and models, and that it required a lot of processing to get the data we needed to analyze the impact of fires on human health."

A significant percentage of the projects presented this year were related to the COVID-19 pandemic that has affected the world in the last two years. Treatment, vaccination, physical consequences and corruption were some of the topics addressed.