Investigative journalism in Venezuela is carried out and published only in independent digital news outlets. All of the winning investigative pieces in the XII Edition of the National Journalism Contest of the Press and Society Institute of Venezuela (IPYS Venezuela, by it’s Spanish acronym) were carried out by journalists from autonomous digital platforms.

"The IPYS Venezuela Award has been a clear indicator of how investigative journalism has evolved in the country. In the first editions there were two constants: all works were done by journalists who belonged to research units of traditional media, and most of them had been published in print media. There was almost nothing from television, nothing from radio and on one occasion the digital journalism award was declared null," Marianela Balbi, director of IPYS Venezuela, told LatAm Journalism Review (LJR).

All of the above are digital news outlets, founded by journalists who came from working in traditional media, and who have faced censorship and blocking by the Venezuelan government. 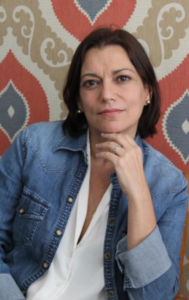 Marianela Balbi, director of IPYS Venezuela, says that the IPYS Award is a clear indicator of how investigative journalism has evolved in Venezuela.

"Since 2013 and 2014, the protagonism of investigative journalism has been exercised by journalists from independent digital news outlets created, many of them, by their own initiative after being fired or resigning from traditional media," Balbi said.

The total migration to digital in Venezuela, both for journalists and readers, began in 2013 due to a wave of purchases of main news outlets in the country by private groups close to the Chavista regime and the concentration of newsprint imports in the hands of the State.

One journalist who jumped from paper to digital journalism, as a consequence of the media buyout, was Ahiana Figueroa, leader of one of the teams that won a mention in the IPYS award. In 2016, Figueroa collaborated with the Consortium of Journalists, making public a report on the Panama Papers, while still working for El Mundo, a newspaper that belongs to Grupo Últimas Noticias. The new owners of the media group, with evident pro-government tendencies, fired her without cause.

"In print I never had the opportunity to work in research, only in day-to-day reporting. But, that experience helps me with the work I do now. The transition from print to digital was difficult, but it has allowed me to be a better journalist. I’ve been forced to learn about new tech platforms that help us present better quality work to the reader," Figueroa told LJR.

Digital media not afraid of collaboration

Another common trait to this year's IPYS Award winning investigative works is there was collaboration among news outlets and journalists from different regions of the country participated. The old habit of the lone wolf seems to be falling by the wayside in Venezuela. Now there are multidisciplinary journalism teams with different expertise: programmers, data journalists, visualizers, designers and reporters, according to those interviewed for this story.

"The IPYS Award reinforces the importance of collaborative work. In Venezuela, media collaborations have been part of the survival strategy. Collaboration among news outlets is a huge challenge, especially if the teams are large and we are in a pandemic," regional journalist María de los Ángeles Ramírez, who participated in the investigation "Corredor furtivo [Clandestine corridor]" of Armando.info, told LJR.

"I’ve never had a totally romantic view of collaboration because it presents numerous challenges, but it can create very powerful research and have great impact. The heterogeneity of groups, honest engagement, respect and empathy are key," Ramirez said.

Another key element in the award-winning stories is that they received support and dissemination from international organizations or media. The “Corredor furtivo” feature story was published simultaneously by the Spanish newspaper El País and was supported by the Pulitzer Center's Tropical Forest Research Network and the Norwegian organization EarthRise Media. The works "'Pranes' in the Major Leagues" and "Venezuela is sold as scrap metal" received editorial and financial support from the journalistic platform CONNECTAS.

"Investigative journalism is alive and well in Venezuela because so many irregularities have occurred in this country in the last 20 years that we still have material to investigate and denounce. There are also many international organizations collaborating financially and editorially with journalists in Venezuela to do this investigative work. This gives us the opportunity to make the situation in the country known to the world", Figueroa said.

Balbi agrees with Figueroa that the support of international organizations has allowed the country’s issues to be known beyond its borders and has helped keep Venezuelan investigative journalism afloat. "Joint bi-national, regional and global project initiatives that have focused on Venezuela have contributed to revealing cases of corruption, human rights violations, as well as the social and humanitarian realities of the country," the director of IPYS Venezuela said.

Limitations of journalism in the interior of Venezuela

Practicing journalism in the regions, in the interior of Venezuela, entails risks and difficulties that reporters located in the country's capital do not face. "We journalists who are in the capital city have other types of tasks when it comes to doing collaborative investigative reporting. Reporters in the interior of the country have a more important job. They have first-hand information and know the background. What we usually do is to look for data, for documents to support hypotheses, plus bibliographic and documentary research," Figueroa said.

In addition, it is in the regions where the country's biggest problems are exacerbated: public services, hospital collapse, malnutrition, corruption, and insecurity.

In the “Corredor furtivo” feature story, investigated in southern Venezuela, the presence of seven active armed groups that are considered the strongest guerrillas and mega-gangs in the area were counted. However, there are also other smaller groups that form part of a network of illicit activities in the area and operate with the complicity of the government and the military. This type of situation creates a completely hostile environment for journalists.

"There are severe limitations in the Venezuelan case when doing journalism in the regions: hostility and direct threats to journalists; severe mobilization problems because in the regions, especially in border states, gasoline is usually scarce; and lack of training, which means journalists do not necessarily know how to go deeper in a story, how to put together an investigation plan, how to protect themselves against threats," Ramírez said.

In addition to these difficulties there is the censorship, persecution and harassment of journalists that has been a policy of the Venezuelan government for years. Recently, on June 17, 2022, the Communication Commission of the pro-government Venezuelan National Assembly announced that it is currently evaluating a reform to the Law on the Practice of Journalism. Experts have denounced that this possible change will not benefit press workers.

IPYS Venezuela and the award organizers assure they will continue with their work because they are convinced that research and journalistic quality is the best way to fight against censorship.

"We do essential work to reveal situations of public interest, such as the immense deficiencies of a reality that has left behind democratic values. [We believe] that journalism and its unwavering denunciations, proved and verified with facts and evidence, dismantles the official versions. All this in a context deeply conditioned by restrictions on freedom of expression, disinformation carried out by the political power, lack of public information, and censorship," Balbi said. "We continue to support investigative journalism because people and Venezuelans have the right to know what is happening in Venezuela."