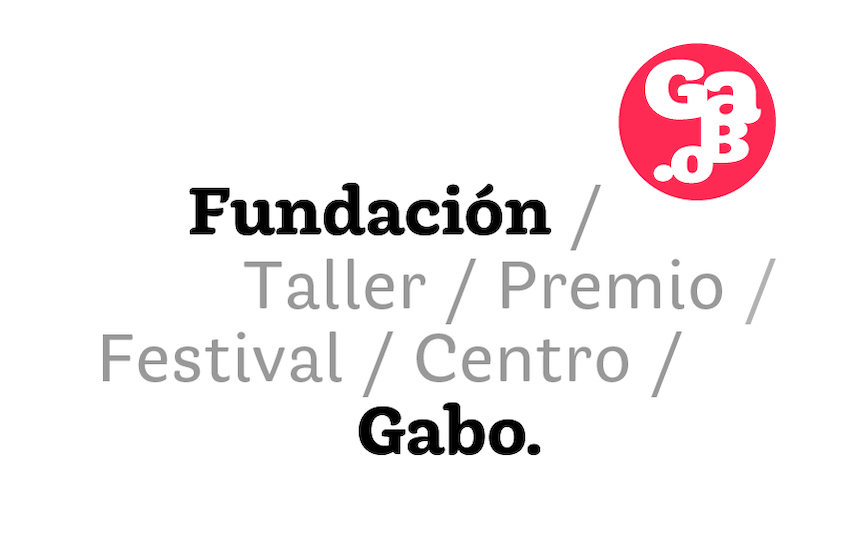 The new logo of the Gabo Foundation, formerly FNPI

This name change, launched in August 2019, responds to the need to include the multiple formats, projects and initiatives that the foundation has developed over more than two decades, according to its website.

“This is a strategic decision that was carefully evaluated for more than a year. Different instances participated; initially, a diagnosis was made with advisors on the need to align the name of the foundation and its main initiatives with a view to having, say, greater dynamism, broader recognition,” Jaime Abello Banfi, director general of the Gabo Foundation, told the Knight Center.

Abello commented that they opted for the name with which the founder is most amicably known. "So we have: Gabo Foundation, now the Gabo Award, the Gabo Festival and, finally, the other project, is the Gabo Center," he added.

“This is a concerted decision not only with the Board of Directors but with the García Barcha family, and which has the support of a number of experts and consultants. We hope it means a boost for the foundation's work,” he said.

However, it is only a change of brand because its objective will remain the same, it reported. It will continue to lead initiatives so that the new generations of journalists from Ibero-American countries continue to make “the best journalism in the world.” That is, it will continue with the training of press professionals and promoting investigative, independent, rigorous, ethical and creative journalism.

“The essence of the mission remains and our commitment to journalism but also to the memory of Gabriel García Márquez, turned into a social asset to work for creativity, for stories, not only with journalists but with other sectors of the citizenry and society, especially children and young people,” Abello said. "And in any case, I insist, the foundation will have journalism as its main focus, but it will not do journalism exclusively," he said.

For the past 6 years, the now Gabo Foundation has organized the already prestigious Gabriel García Márquez Journalism Award. The antecedent of these awards is the Cemex + FNPI New Journalism Award, which was organized from 2000 to 2010. In its numerous editions, it has recognized and promoted the best journalistic works in Ibero-America..

In addition to the awards ceremony, the foundation organizes the Gabo Festival which lasts for three days in Medellín, Colombia, and in which the winners of the Gabo Prize are celebrated. The thematic interests of those three days include journalism, citizenship, culture and technology.

Also, during the festival and throughout the year, the foundation offers workshops that seek to reinforce the skills of journalists, both young and experienced, regarding new narrative tools, genres and formats of the profession.

The next festival will take place from Oct. 2 to 4 in Medellín.

The Gabo Foundation also has a journalistic ethics program, which has become an important values guide for journalists and communicators throughout the region.

“The main mission is the work for the best journalism in the Spanish- and Portuguese-speaking countries, especially through training. But also, the legacy of García Márquez will now become part of the mission, converted to a factor of social and cultural development, which is the component called the Gabo Center,” Abello said.