Latin American media seek to influence public debate and engage audience in U.S. by translating their journalism to English

Although more than 500 million people in the world speak Spanish, English is the global communication language par excellence in the areas of entertainment, information and business.

In recent years, various digital media in Latin America, from Mexico to Chile, have decided to translate and create content in English as a way to reach new audiences and thus increase their profits. Although, sometimes that’s easier said than done.

LatAm Journalism Review (LJR) spoke with representatives of three Latin American media that have experimented with publishing in multiple languages: El Faro (El Salvador), Contracorriente (Honduras) and Agência Pública (Brazil). Since 2019, these digital media have slowly built a U.S. audience through versions of their work in English, as well as through newsletters and other news products distributed in that language, as well.

With some years to reflect on their progress, all agree on the urgency of influencing public conversations and debates in other languages, leaving the need for profitability in the background.

On Dec. 20, 2019, the English-language Twitter account of Salvadoran media outlet El Faro published for the first time. “El Faro is launching an English language newsletter soon. Sign up and start reading [the] most important Central American stories,” the Tweet read. 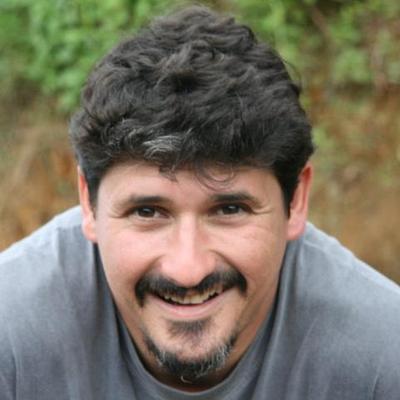 And so, El Faro English began: a small team made up of two people in Washington, D.C. and two in El Salvador, with the idea of translating the stories originally produced in Spanish and launching a newsletter in English.

"The idea of creating El Faro English arose because we wanted to come into play in conversations that are being held in the United States about Central America," journalist José Luis Sanz, responsible for the initiative, explained to LJR.

At the end of 2020, Sanz left as director for the Central American media outlet after six years in the position and moved to Washington D.C to officially open the office of El Faro English.

El Faro had already been translating some of the most important stories published by the site. An example is the interactive special entitled “From migrants to refugees: the new plight of Central Americans,” launched in October 2017 in partnership with Univisión, and is available in both Spanish and English.

But, the translations were not generalized. Sanz said that at the media outlet, they felt that it was a limitation not to have reports that were also published in English. Especially since, for the most part, they were long-term journalism stories that take a long time to produce.

With El Faro English, the media outlet publishes more and more stories in English that are presented as a section accessed from its home page. According to Sanz, having a homepage of the media outlet entirely in English is one of his plans for the future.

"Now we have a very small version with translations of our stories and a newsletter written in English aimed at an Anglo audience interested in what is happening in Central America," Sanz said.

Currently, the newsletter has 1,500 subscribers and they have decided that its growth is organic. According to Sanz, COVID and the attacks that El Faro has received from the government of Salvadoran President Nayib Bukele have made them focus their energy mainly on the security and stability of the team.

El Faro denounced in an editorial earlier this year that, since Bukele came to power in June 2019, they have been the target of attacks in an attempt to delegitimize and impede their journalistic work.

"At some point, with everything that was happening, we asked ourselves if it was really a priority to continue with El Faro English and we decided that it was,” Sanz said. “For now our priority is to continue growing and we hope that in the future it will be a self-sustaining project.”

Another Central American media outlet that follows the steps of creating content focused on an English-speaking audience is the site Contracorriente of Honduras.

Contracorriente began publishing some of its in-depth work in English in 2017, two years after it was founded.

This arose thanks to the help of the organization Witness for Peace Solidarity Collective, which volunteered to translate some of its content, especially those that had a greater interest in the United States' political agenda related to the human rights crisis in Honduras at the time, as Jennifer Ávila, journalist and co-founder of the media outlet, told LJR.

The team at Contracorriente (Courtesy)

Later, they received the support of students from the U.S. who volunteered to translate some content. And in 2019, they received an invitation from El Faro English to get involved as collaborators.

“In the middle of that year (2019) one of the translators of El Faro English offered to translate for Contracorriente at a fairly low price and considering that the United States is the second country where we are read the most and that we also have a U.S. audience (donors, organizations, students and some people who are part of the political teams of congressmen) that has been quite faithful since 2017, we decided to invest in a biweekly translation at the beginning,” Ávila said.

As their audience in English grew, they found it necessary to create new content in that language. They currently have an English version of the page, a newsletter and a podcast with original content called Migration Matters, available on Spotify and Apple podcasts.

In turn, they have had to make new hires. Contracorriente now has a journalist, Tamara Pearson, dedicated exclusively to the English newsletter, and a translator who works independently.

Contracorriente's English newsletter was launched in late 2020 and receives more audience engagement than its Spanish counterpart, Avila said. This allows them to foresee that it could become a profitable product.

"We believe that it could be profitable to have this version and the newsletter because this is the audience that could pay a subscription or are more economically capable of contributing money for information than the Honduran audience," the journalist said. "On the other hand, it helps us a lot to have this version to raise funds with institutions, organizations and foundations that are our donors or with whom we make cooperation agreements that currently represent 80 percent of the income we have to sustain ourselves."

Latin American media aren’t just translating stories and creating versions from Spanish to English. In Brazil, news outlets have also noticed the benefits of publishing their content, originally in Portuguese, to other languages.

Brazilian investigative journalism agency, Agência Pública, decided in 2019 to launch a project to periodically publish its translations and content in English and Spanish. This was done after noticing, in recent years, an increase in citations and mentions of its articles in publications abroad, especially on topics that they cover regularly, such as the Amazon.

“We have created a network of partners in Latin America, to whom we send two stories per month selected and translated into Spanish. In our first year (2019), we established alliances with eight media that would have exclusivity in publishing our content in their countries,” Bárbara D'Osualdo, coordinator of international publications at Agência Pública, told LJR. 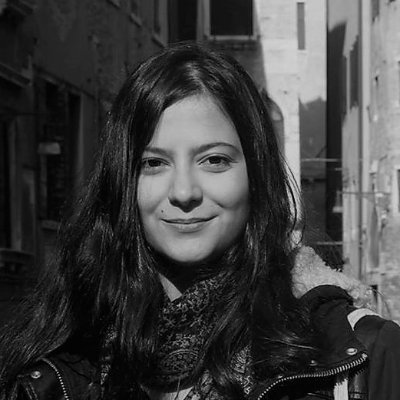 Bárbara D'Osualdo from A Pública (Courtesy)

D'Osualdo added that in 2020, with the operation mostly consolidated, they decided to open the publication to more than one media outlet in each country in order to expand their network. Currently, the agency has 27 outlets that republish in 13 countries. Now, anyone can republish A Pública’s content under creative commons agreements, but the network associates are directly sent stories via email before they go up on the web, she explained

Unlike the operation of the Latin American network, in the case of stories in English, they establish individual editorial associations.

“The decision to offer versions of our reports in other languages has to do with the values that have guided Agência Pública since its foundation: to ensure that the relevant information raised by our team, guided by the public interest and based on rigorous fact-finding, reach the maximum number of people and affect the democratic debate,” D’Osualdo said. “Coverage of Brazil has international relevance and the eyes of the world turned even more to the country with the beginning of the [Jair] Bolsonaro government; that's why we thought it would be important at that time to increase our efforts to distribute our reports abroad.”

In July of this year, they also launched “Investigating Brazil,” a fortnightly newsletter in English aimed at international media and journalists covering Brazil.

D'Osualdo is in charge of defining which investigations will be translated and, together with the editors, works on the versions. She also coordinates the work of freelance translators. The distribution of the investigations to both Brazilian and foreign media is done by the agency’s communications area.

Unlike the previous two cases, Agência Pública is non-profit and does not look at its projects based on profitability. However, it does agree on the need to enter into the conversations that are taking place in other languages.

“The benefits of having a newsletter in English are being able to disseminate our investigations to a different audience than those already reading us, finding new partnerships and influencing coverage of international outlets, influencing the public debate, which is one of our goals as an organization,” D’Osualdo said.