In a time of growing challenges for journalists around the globe, the courage and innovation of these journalists are a beacon of light. Mexican independent journalist and co-founder of Reporteras en Guardia Laura Castellanos and Chilean investigative journalist and author Daniel Matamala are among the 2022 recipients of the Maria Moors Cabot Awards, announced on July 21 by the Columbia University School of Journalism in New York City. Peruvian-American journalist and co-creator with his wife of the Radio Ambulante podcast Daniel Alarcón and British foreign correspondent in Mexico Ioan Grillo were also winners of the Cabot Gold Medals.

This year, the jury also decided to give a 2022 Special Citation to Mexican independent journalist Javier Garza Ramos, for his career and his efforts in promoting safety for all journalists.

The Maria Moors Cabot Prizes are the oldest international journalism awards in the world, created in 1938 by Columbia University to recognize journalists and news outlets that seek  “further inter-American understanding.”

Each year, gold medal winners receive also a $5,000 honorarium. The 2022 Cabot Prize winners and the Special Citation recipient will be honored at Columbia University on Oct. 11, according to the official press release.

“The 2022 Cabot honorees have devoted their lives to covering complex and enormously consequential stories,” Columbia president Lee C. Bollinger said. “They, like so many journalists in the Americas, continue to face growing threats of violence, censorship, and harassment for doing their jobs.” 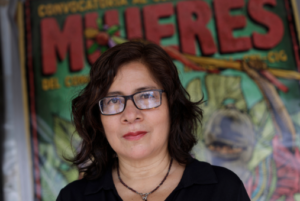 Castellanos is a tireless journalist, a feminist and the author of six books, who does not shy away from “uncovering uncomfortable truths” and “holding leaders accountable” even at her own risk in her native Mexico, states the press release. In addition, she is the co-founder of the collective Reporteras en Guardia, where she and hundreds of other Mexican women reporters have created the digital memorial mataranadie.com, which features profiles of journalists victims of violence in Mexico, considered the most dangerous country in the world to practice journalism.

"I am very happy to receive this distinction and to share it with four renowned colleagues," Castellanos told LJR, "Being the only woman in this cohort makes me renew my commitment to practicing independent, critical journalism with a feminist, community and Indigenous peoples' perspective." 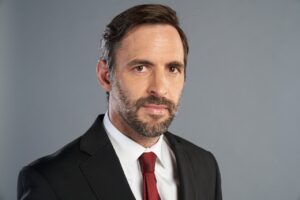 Matamala’s career spans print, broadcast and digital, and he specializes in economics. Just as he can take on the elites of Latin America, he can “also show a compassionate reportorial eye for those at the bottom of the economic ladder who suffer most at the hands of the powerful,” read the award release. He has written half a dozen books that focus on “the way behind-the-scenes money manipulates politics, war and even sports,” the release said.

“In the case of Chile, it has been more than 20 years since a journalist from this country received this award, and the last winners had been Mónica González and Patricia Verdugo, two enormous references for their courageous reporting work in very difficult times for my country,” Matamala told LJR. “I take this award as an incentive to continue exercising a journalism vigilant of power and at the service of citizens and democracy.” 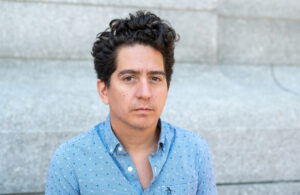 Alarcón was born in Lima, Peru, and raised in Birmingham, Alabama, and has been a journalist, radio producer and novelist. Writing in English and Spanish, Alarcón’s numerous honors include being a finalist for the PEN-Faulkner Prize for his 2007 novel Lost City Radio, and the prestigious MacArthur ¨Genius Grant” in 2021. But perhaps his most innovative contribution in storytelling is the creation of the Spanish podcast Radio Ambulante, where for over a decade, he has published “more than three hundred episodes from more than twenty countries, telling stories of love and family, migration and money, youth culture and politics,” according to the judges.

“It's a huge honor, of course. The Cabot is one of those prizes that has great respect among Latin American journalists, and to be a part of that history is really a tremendous feeling,” Alarcón told LJR. “ It's a personal achievement, but also a huge collective win for the amazing team at Radio Ambulante.” 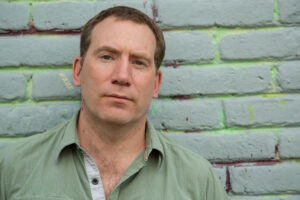 Grillo came from England to Mexico in 2000 and never left. He has published more than 1,000 stories from Mexico to Latin America covering the so-called War on Drugs, which has caused a spiral of deaths, including those of dozens of journalists in recent years. He has written three books and produced over ten documentaries and docuseries about the region. His 2021 book Blood Gun Money: How America Arms Gangs and Cartels was the result of a four-year investigation that took him to the U.S. to track “this so-called iron river of guns, in an effort to understand why the United States and Mexico have so badly failed to stop it,” as he himself wrote in a New York Times article.

"I'm totally thrilled and humbled to win this award. It's been a long and rocky road doing journalism focused on the drug war the last 21 years, banging out stories, books and endless hours of TV, overdosing on stress and adrenaline and covering too much bloodshed, tears, beauty and heroism,” Grillo told LJR. “This recognition makes it all worthwhile. It means a million dollars to me." 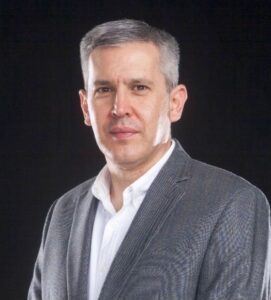 “This year, the jury is spotlighting the importance of investigative journalism and innovative storytellers in the Americas,” Cabot Board Chair Rosental Alves said. “These four winners and the citation recipient all have talent and courage. They inspire us with their accomplishments,” added the press release.

Garza Ramos, this year’s Special Citation, was himself a victim of violent attacks in the newspaper in Northern Mexico he directed, El Siglo de Torreón. The safety protocols he established in his newsroom after the incident have been replicated in other countries. After leaving El Siglo, he has continued to advocate for press freedom and the protection of reporters in Mexico and beyond. His is “an enduring example of intrepid reporting, and commitment to his colleagues in the face of adversity,” the judges said.

"Each time a Mexican journalist is included in an award like the Cabot is a reminder that we are not alone. That beyond our borders there are those who support us in making our work more visible,” Garza Ramos told LJR. “It is a privilege to know that my contribution to making journalism safer can have this impact."