In a move celebrated by journalists and press freedom advocates, Mexican officials announced the arrest of a former mayor in the 2017 murder of journalist Miroslava Breach.

The Attorney General's Office of Mexico, through the Office of the Special Prosecutor for Human Rights, arrested a person identified as Hugo Amed 'S' for his alleged "participation in assisting the mastermind and perpetrators” of Breach’s murder. Media outlets, such as Animal Político, have identified the person as Hugo Shultz Alcaraz, former mayor of the municipality of Chínipas, in the state of Chihuahua. 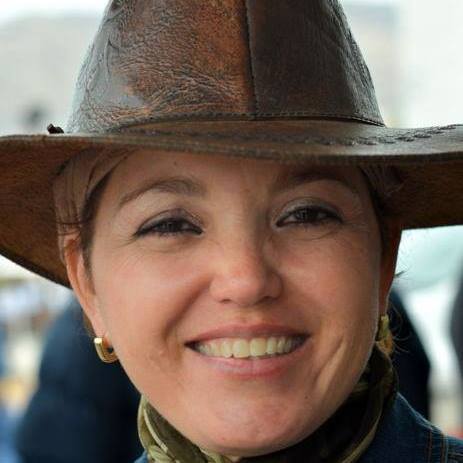 In a Dec. 17 statement, the Attorney General’s Office indicated that the Unitary Circuit Court was able to establish that this person allegedly was in charge of searching for and delivering information to the organized crime group that ordered and executed the murder. The information was supplied by the Special Prosecutor for Attention to Crimes Committed against Freedom of Expression (FEADLE, for its acronym in Spanish).

The crime allegedly was planned after the journalist published a report in which Breach revealed candidates for councillor from the PRI and PAN parties were allegedly supported by criminal groups, as published by Animal Político. Breach’s article highlighted the case of the municipality of Chínipas, where the applicant was a nephew of the leader of the criminal group called Los Salazar.

According to the criminal investigation, the final decision to assassinate her allegedly was made after former mayor Shultz Alcaraz and a local party leader gave the criminals a recording of a telephone call in which the journalist acknowledged, with her sources, the publication of the article. According to recordings from the Chihuahua prosecutor's office, Breach received a call from the former mayor asking her to reveal her sources.

“The arrest of a second suspect is a welcome and long overdue step to end impunity in the case of Miroslava Breach Velducea’s killing, one of the most shocking journalist slayings in Mexico,” said Jan-Albert Hootsen, CPJ’s Mexico representative, according to a press release. “Mexican authorities must now continue the search for the mastermind behind the killing and bring all suspects to justice.”

Also this year, Juan Carlos Moreno Ochoa, alias ‘El Larry’, was sentenced to 50 years in prison for being the material co-author of the Breach murder. In the sentence of a federal court in Chihuahua on Aug. 21, federal judge Néstor Pedraza Sotelo considered that Breach was murdered because of her work as a journalist, specifically her investigations into the activities of the criminal group Los Salazar, linked to the Sinaloa Cartel.

Despite this conviction and the most recent arrest, Breach's murder still remains unsolved. In Moreno Ochoa's sentence, the judge also determined that he received help from at least two other people: Jaciel Vega Villa and Ramón Andrés Zavala Corral. Vega Villa, who is a fugitive, allegedly drove the car that took the murderer to the journalist, as published by CLIP. Zavala Corral allegedly fired the eight shots that fatally wounded the journalist, the judge said, according to Pie de Página. In December 2017, Zavala Corral was found dead.

A symbolic crime, a slow investigation

Breach was murdered on the morning of March 23, 2017 in Chihuahua while waiting inside her truck for her young son to take him to school. Breach, 54, was a correspondent for the newspaper La Jornada, a columnist, and had been editor-in-chief of the Ciudad Juárez newspaper El Norte.

Despite the fact that once the crime occurred, Governor Javier Corral promised that there would be a “national model” investigation, the truth is that after three years, these have been the only advances.

For Mexican journalist Javier Garza, a specialist in security, this arrest is an advance, despite the time that has elapsed, “because it sends a message that there is no impunity.” However, he believes there should also be questions as to the delay.

"It is preferable for the arrest to occur even if several years have passed than for it not to occur," Garza told LatAm Journalism Review (LJR). "But in any case, it is important to be clear about why it took so long, whether Hugo Amed Schultz enjoyed some kind of protection, because suspicions had pointed to him for a long time in journalistic investigations."

In 2019, given that the investigations were not progressing as expected, a group of Mexican investigative journalists formed the 23 de Marzo Collective, from which the Miroslava Project was born. The project investigated the murder of the journalist in order "not to remain silent about the official version and to ask questions that the authorities had stopped answering," according to its page.

The Miroslava Project, which has the support of organizations such as Forbidden Stories, Bellingcat and CLIP, has published three reports that investigate the crime and that show the loose ends in the investigation.

The international pressure surrounding this crime, but especially this project, has managed to give a boost to the investigation, Garza believes. "It was not just pressure or activism, but the projects shed light on the deficiency in investigating the crime and on the work that Miroslava was doing and that is much more specific and powerful," he told LJR.

However, it is clear for Garza that the authorities need the will to make more progress. “It is a matter of will, not capacity, of breaking the networks of complicity between the political power and the criminal in Chihuahua. It is a problem throughout the country,” the journalist said. “The judicial institutions are qualified to investigate, but if there is no will above, it will be useless. And I'm afraid that the passage of time has led to valuable clues being lost.”

Crimes against journalists in Mexico due to their work investigating organized crime are common. On Dec. 6, one of the articles published by The Cartel Project followed up on the 2012 murder of Veracruz journalist Regina Martínez. According to the investigation, the journalist was investigating the links between politicians and drug traffickers, and was preparing “an explosive report on thousands of people who had mysteriously disappeared in Veracruz.”