With the publication of "The Cartel Project," the message for enemies of the free press is that, if they kill a journalist, "there are 20, 30, 40 of us who are going to resume their investigations." 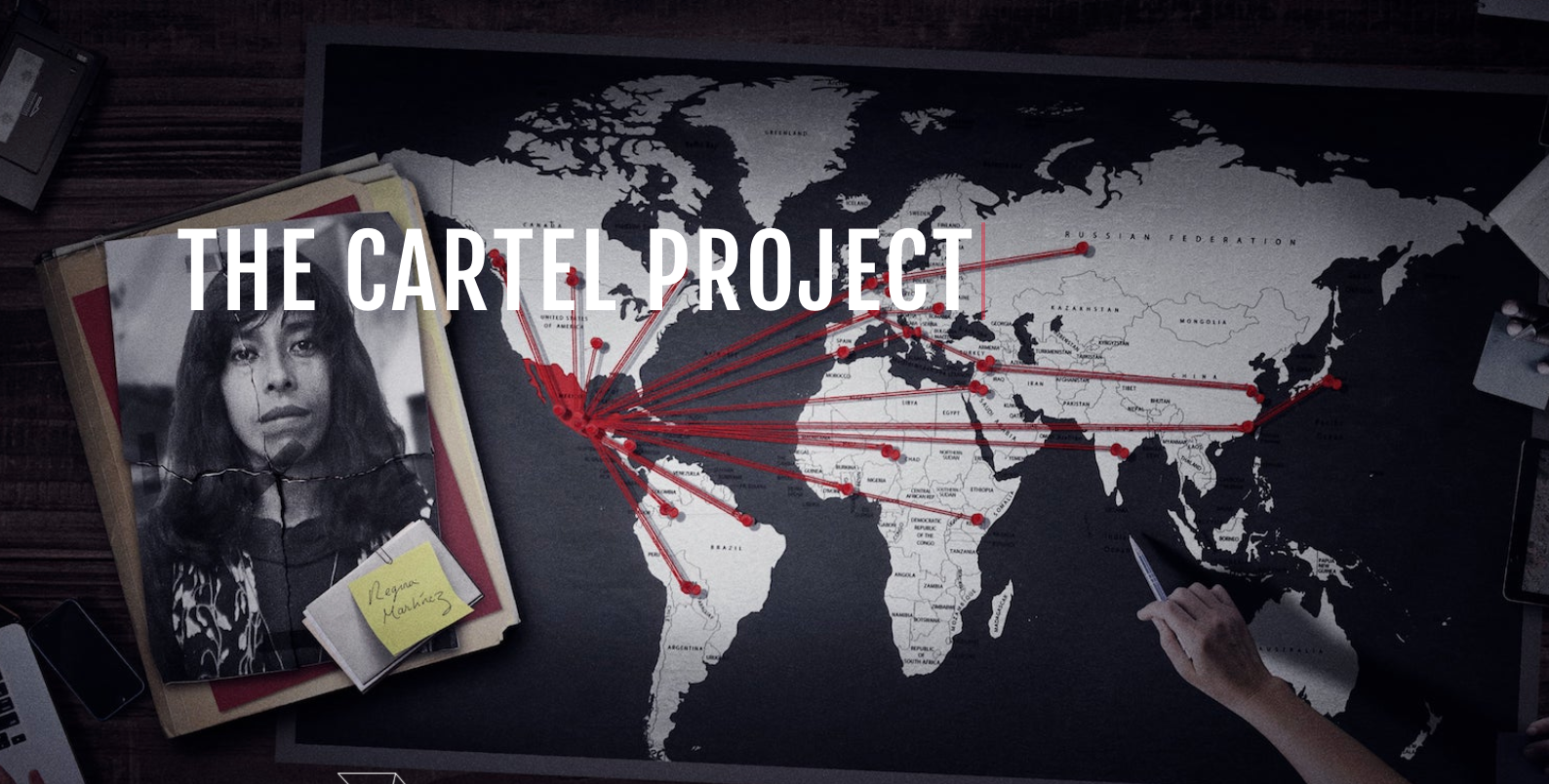 These were the words of Paloma Dupont, French journalist from the international collaborative journalism network Forbidden Stories, which led a 10-month, cross-border investigation into the vested interests behind the murders of journalists who covered violence and organized crime in Mexico.

Forbidden Stories, founded in 2015, pursues the investigations of journalists who are being threatened, are facing prison or who have been killed.

During the first months of 2019, Forbidden Stories brought together dozens of media outlets from all over the world in Paris to invite them to be part of “The Cartel Project.”

In the end, 60 journalists from 25 media outlets in 18 countries got involved in this ambitious project, which launched on Dec. 6 after initially being delayed by the pandemic.

The five reports were published consecutively each day on the sites of all participating media outlets and Forbidden Stories. They are available in English, Spanish and French. "Every day we simultaneously publish, at 6:00 p.m. Paris time, 11:00 a.m. Mexican time, and each day we did a [story], starting with the case of Regina," Dupont told LatAm Journalism Review (LJR).

The first report of “The Cartel Project” follows the leads of the investigations carried out by Veracruz journalist Regina Martínez, from Proceso magazine, months before her murder in 2012. The Organized Crime and Corruption Reporting Project (OCCRP) of Mexico, and Proceso were the media outlets most involved in reporting this investigation. Dupont accompanied the reporting of this story for Forbidden Stories.

"When we were made aware of the lines of investigation, well in my case, I without hesitation thought of going into Regina’s case," Lilia Saúl, a Mexican journalist from OCCRP, told LJR. "In principle, as a Mexican journalist, it is an issue that hurts us all and it is an important case to investigate and to see what happened with her murder, which remains unpunished."

Saúl and journalist Verónica Espinosa from Proceso went to Veracruz twice. "Our field visits served to be able to share a lot of information with the rest of the colleagues who were in Germany, Italy, in different parts of Europe," Saúl said. They visited people and officials related to Martínez's case, the area where she lived and where she was investigating.

Martínez was known in Veracruz as a dedicated and upstanding investigative journalist who looked into the links between politicians and drug cartels. In addition, she wrote about the thousands of disappearances of people that occurred in those years of raw violence, OCCRP noted.

For the project, interviews were conducted in Veracruz, in person and virtually. The journalists also had access to legal documents and through the Federal Law of Transparency and Access to Public Information,asked the Veracruz Judicial Power for the complete file on the murder of Martínez, according to Saúl.

"We also received documents from the lawyer of the only person who is in prison for the murder of Regina, who even the journalists closest to Regina know is not guilty," the journalist said.

The report on Martínez covers the six-year terms in which Fidel Herrera and Javier Duarte were governors of Veracruz (2004-2016), according to Saúl. The project in general, she added, covers the years since the so-called war against organized crime, declared by Mexican President Felipe Calderón (2006-2012), began.

The investigation reported that then-Governor Herrera had included Martínez on a blacklist. According to OCCRP, Herrera had been linked to the Zetas, a dangerous drug trafficking group that carried out various crimes in Veracruz.

Duarte, currently in prison for money laundering and criminal association, answered questions from Forbidden Stories about Martínez's death via Twitter and from jail. The former governor "categorically" denied having participated in her assassination.

Weeks before the launch of this report and during one of his daily morning press conferences, current Mexican President Andrés Manuel López Obrador promised to reopen investigations into Martínez’s murder, as published by Proceso.

In addition to reporting on Martínez's murder in Veracruz, Forbidden Stories and the entire group of media outlets that worked on the project published four more stories related to organized crime and drugs in Mexico. 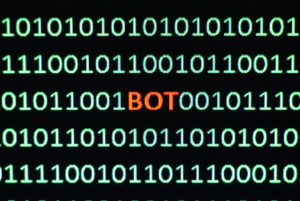 The report "Spying on Mexican journalists" investigates the facts surrounding the espionage attempt suffered by Mexican journalist Jorge Carrasco in 2016. Carrasco, now editor-in-chief of Proceso magazine, was participating at the time in the investigation of the Panama Papers.

Carrasco allegedly received an attempted espionage attack through his phone from the Pegasus spy program, run by the Israeli company NSO Group, according to the analysis of a team of Amnesty International digital security experts who collaborated with Forbidden Stories. Another journalist targeted by this malicious spyware is Mexican investigative journalist Carmen Aristegui. This software is sold to governments in Mexico. Moreover, The Cartel Project cited U.S. authorities who said drug cartels have had access to these kinds of tools.

According to the cross-border investigation, in the last ten years, nine Mexican journalists allegedly suffered interception attempts from spyware on their phones.

The third report in the series has to do with the alleged connection of the Mexican cartels with some Asian countries, and how now they function as transnational companies in the production of the synthetic drug fentanyl. The project revealed alleged links between the Sinaloa cartel and a whole network of Mexican and U.S. companies that do business with Chinese companies in Shanghai and India.

To do this, Forbidden Stories reviewed documents from "Blueleaks," a large leak of data from the United States police that occurred in June 2020. This information was analyzed by data experts and verified by sources from the U.S. Drug Enforcement Administration (DEA).

The production of methamphetamine in Europe was the fourth report of the project, "Breaking Bad in Europe: Mexican ‘cooks’ in service of Dutch gangs.” It tells the story of a group of Mexicans linked to organized crime in their country who operated a drug laboratory in the Netherlands. 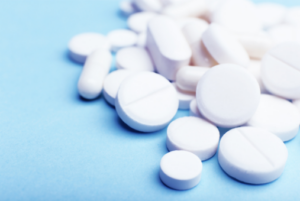 The fifth and final report of the project investigated the trafficking and sale of weapons in Mexico. “At least 86 of 119 journalists and media workers killed in Mexico since 2000 have been killed by firearms,” the investigation stated.

During the ten months of investigation on the subject and based on the Deadly Trade report, the team revealed how weapons legally sold to the Mexican Army were allegedly used to commit crimes against citizens, including journalists.

One of the key points of this report is that between 2008 and 2018, the Mexican Army sold 205,240 firearms to local police. These weapons were allegedly produced in European countries and Israel and exported to Mexico without asking for, as required by the European Union, end-user certificates in the transaction, according to the investigation.

One of the stories in this report tells how the Guanajuato police found an arsenal of heavy-caliber weapons when they made the arrests of two men suspected in the murder of journalist Israel Vázquez, a reporter for the news site El Salmantino. Vázquez was reportedly shot by hitmen on Nov. 6, 2020 while trying to report on a crime.

Eighty percent of the journalists killed in Mexico in the last four years were killed by firearms, the special report said, based on information from 2000 to 2020 from the Committee to Protect Journalists (CPJ).

The 25 media outlets that participated in the project are Proceso of Mexico; OCCRP of Mexico and Spain; El País of Spain; The Washington Post from the U.S.; The Star from Canada; The South China Morning Post; The Guardian of the U.K.; France Télévisions, Le Monde and Radio France from France; The Marker of Haaretz from Israel; Expresso from Portugal; De Volkskrant from Holland; WDR, Die Zeit, NDR and Süddeutsche Zeitung from Germany; RTS from Switzerland; Daraj from Lebanon; SVT from Sweden; La Prensa of Panama; IRPI from Italy; Le Soir and Knack from Belgium; and The Lede from India.

OCCRP, for its part, will undertake a project in 2021 on the files of the murdered Mexican journalists, and they will return to Veracruz for Martínez.

Mexico remains the deadliest Latin American country for journalists, and the sixth deadliest in the world for the profession, according to CPJ. According to the organization, at least 119 Mexican journalists have lost their lives in their country since 2000.