New Latin American outlet, Bocado wants to create food journalism and investigate what we eat, from seed to plate

When Soledad Barruti introduces herself as a food journalist, people look at her strangely. To avoid these reactions, she started using the expression "journalist specialized in food" or in "food systems". Barruti made a relevant observation: there are many journalism beats, but there isn´t one that encompases food and all that it entails, such as health, economy, culture and the environment.

“We have to create that space, because the subject really requires it. Automotive journalism, for example, has a space, so food journalism should also have one,” Barruti told the LatAm Journalism Review.

The Argentine journalist clarified that they will not be doing gastronomic journalism. "When there is a place [for food] it is critical of restaurants, interviews with chefs, recipes. This is not journalism, it is eating, enjoying, and then saying, 'I liked the pasta in such a place'. This is not what we want to do. We want journalism that understands why this current food system doesn't work and that it’s ruining our health, common resources and the economy," she said.

To give space to this type of reporting, Barruti and the Brazilian journalist João Peres founded Bocado, a project launched in late June, with support from the Ibirapitanga Institute and the Heinrich Böll Foundation. 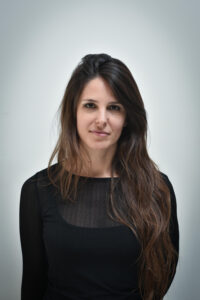 As of now, Bocado is a regional network of journalists, based in Brazil, Argentina and Mexico. The objective is to make investigative and in-depth stories about food in Latin America, which then would be published by partner outlets and on the project's website in Portuguese and Spanish. Another goal is to train reporters in the area through workshops and to transform food journalism into a recognized beat in the industry and by society.

"We are focusing on covering everything from when it’s a seed to when it goes to the supermarket, all stages of production, planting, harvesting, distribution, commercialization and all that that implies. Some of these topics appear in outlets in Latin America, there are reporters who cover the rural or the environmental issue, for example. But we want to look at the confluence of these factors, the environmental, labor, social and health impact of food production," Peres told LJR.

Barruti says that food articles are scattered in various sections of newspapers, whether it be in science, health or economics, but are rarely featured. "It seems that the food beat never has its own space, even though it is perhaps one of the most important issues that we are facing now," she said.

On June 30, Bocado published its first series, with four articles and an editorial. The plan is to launch two more content packages by September.

Peres wants to portray different food issues and countries, to avoid reinforcing the asymmetries in news coverage that already exist in the region. "It is much easier to get news and journalists in Mexico, Brazil and Argentina, but we don't want to ignore other realities. We don't want places that already have more public attention to remain the main focus," he said.

In addition to investigative reporting, Bocado wants to publish stories with an authorial style and narrative texts. "We want the reporter to feel free to write in a certain format, to incorporate their vision," Peres said.

All content can be republished free of charge, and Bocado has partnerships with publications such as Revista Anfíbia (Argentina), Pie de Página (Mexico) and Contracorriente (Honduras) - some of them decided to participate in the project with their own stories.

The idea of ​​Bocado came from conversations between Barruti and Peres, which started in 2017. Peres is the creator of the website O Joio e O Trigo, which deals with food with a similar approach. Barruti has worked with the theme for ten years and is the author of two books, "Malcomidos, cómo la industria alimentaria argentina nos está matando” (Malnourished,how  the Argentine food industry is killing us) and "Mala Leche, el supermercado como emboscada” (Bad milk, the supermarket as an ambush), which was published in several Latin American countries.

Before long, it was clear they had a lot to gain if they collaborated. Their countries were more alike than they had imagined. They concluded that a network would help strengthen investigations in the area.

"These are countries that have seen their rates of obesity and chronic diseases increase very fast since the 1990s. We have similar traditional food systems, which are under threat, because the advance of agribusiness is a common element in Argentina, Brazil, Paraguay, Bolivia ... There is a lot to compare," Peres said.

Barruti said that the collaboration was possible because they share a similar view on the subject. Both see the problem as systemic, not the fault of individuals, "of people who no longer know how to eat."

The journalist explains that the transition from traditional and natural food to an increasingly ultra-processed diet is taking place in several countries in the region, with negative consequences for health and the environment.

A report by the Pan American Health Organization (PAHO), published in 2019, reported that sales of ultra-processed foods and beverages in Latin America grew 8.3% between 2009 and 2014, the last year with available data, and pointed to an estimated increase of 9.2% between 2014 to 2019. The report also associates a greater consumption of these products with obesity in the region, where around 360 million people, almost 60% of the population, are overweight.

“Latin America is a very impoverished region, in which nutrition has turned into consumerism, food has turned into a program, a going out event, an entertainment, an enjoyment, a prize for children… And that is why there is so much advertising and publicity of McDonalds in the favelas and the working class neighborhoods, because [they make it seem] like it is a form of progress that is coming, but it is not progress, it is deterioration,” she said.

Conversations between the two journalists also served to make them realize how much an independent medium was needed to publish the stories. This is because, according to Barruti, traditional outlets in the region often lack the resources needed to do investigative journalism. 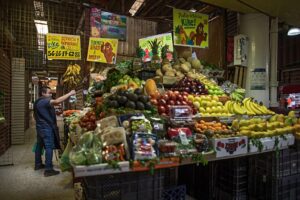 “Many times, when you are working at a newspaper, you have to publish a story in three days. We found it impossible, in those outlets, to tackle the subject in a profound way, with the time it requires and with the adequate budget to give us that time,” Barruti said.

She said it is difficult to name the big food corporations in the food industry while working at traditional outlets, because they are big advertisers. Censorship on this topic is quite common, she explained, because an outlet might say that a certain topic, brand and words are off limits. She remembers a remarkable episode when she worked on a television, saying, "We did an instant food special, and we had to say ‘quick food,’ because a brand had asked me not to say the word instant. These things happen all the time."

This type of obstacle, she said, hampers the access to food information severely in Latin America. “These food substitutes are put on our tables, and we do not have the information to understand the damage they cause. All of a sudden, if that information does appear, it is very dangerous for the company that sells junk food. And then there is a huge war to access information,” she stated.

To get around these difficulties, Bocado wants to have more journalists covering these issues. By the end of the year, they intend to hold virtual training workshops and create a collaborative network. For this reason, they have a form on the website for journalists in Latin America who want to participate. Bocado is also open to story pitches, by email info@bocado.lat.

"We want to create a list of people who are interested in covering this issue, whether or not they have experience on the subject, with a mix of more experienced and less experienced reporters," Peres said.